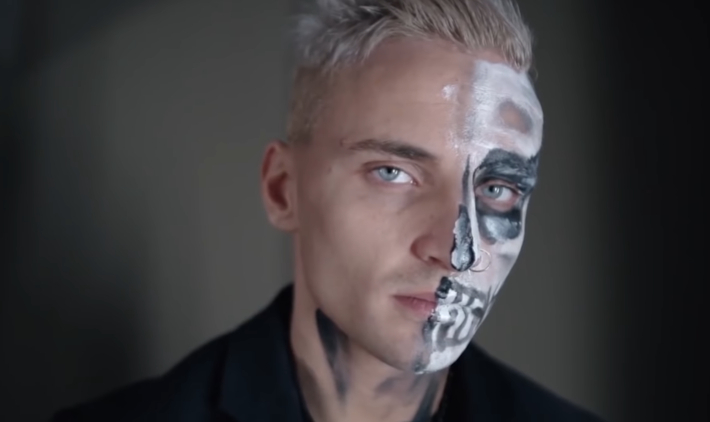 8 Great is our extremely original listicle series where we take a break from snark and negativity to focus on the positive, and list eight of our favorite examples of something great from pro wrestling. Matches, performers, shows – whatever is helping us enjoy wrestling in a particular week, that’s what this feature is all about.

Having let loose some negativity into the wrestling world with my year-end piece yesterday, I wanted to end 2019 on a positive note with a look at some of wrestlers who had a very good year. Naturally, like everything we write here, this list is subjective. It’s also incomplete, since our format only has eight slots. Contenders who didn’t quite make the final cut include the Limitless Keith Lee, heel extraordinaire MJF, the reborn and baptized in blood Jon Moxley. I’ll also admit there’s nobody who works primarily in Japan on this list, because that’s not my area of expertise (you’ll have to ask Emily Pratt). I look forward to seeing your own picks in the comments (and yes, you can also tell me why my picks are wrong if you must).

But first, here are Eight wrestlers who had a Great 2019:

God bless the man who got Shane McMahon off of WWE television. For real though, Kevin Owens has gone from being a surly heel to one of WWE’s top babyfaces, and the evolution has felt organic every step of the way. In contrast to someone like his current nemesis Seth Rollins, who even before his recent heel turn seemed to want to present himself as a rich superhero, KO comes off like a man of the people, and that’s something wrestling needs.

After a couple of years of WWE being unwilling to commit to Owens, he finally came into his own in 2019, and it’s been great. From that first moment when he grabbed a mic and called out Shane for being the worst, KO became the hero WWE needs. With Seth’s heel turn, Kevin’s fully established a top face on Raw, and it’s a position he’s slid into comfortably. As a family man with a working class attitude, he’s a classic wrestling hero, but there’s nothing regressive or “throwback” about him either. He’s just a great worker with average looks and unmatched skill on the mic, and he’s finally getting to show off what he can do.

Tessa started the year as a villain in Impact Wrestling, and the truth is she hasn’t changed that much. She’s still a bit cocky, a little bit privileged, and not exactly slow to anger. But as her focus shifted from the Knockouts Championship to the Impact World Championship, she’s found herself in the position of an underdog, something she’s not used to. As a character and a performer, she’s risen to that challenge. She’ll start 2020 as the first woman to compete against a man for a World Championship in the main event of a PPV, and there’s every reason to believe she might win. At only 24, she’s only begun to make history, and 2019 was the year it became clear just how far she can go.

Who’d have thought a going-on-50 WWE Legend would find himself on a list like this in 2019. When he became the inaugural champion of AEW, there were a lot of people who objected on the basis of his age and the fact that he’s an ex-WWE star. I maintain that those people must not be paying attention to the great work that Jericho’s doing this days. He got a silly phrase for champagne so over that they sell champagne with his face on it now. When he lost the AEW World Championship Belt in what had to be an embarrassing moment personally, he turned it into an angle so fast you’d have thought it was planned. Sure, his in-ring work isn’t what it once was (although to be fair, most other people’s in-ring work isn’t what Chris Jericho’s once was either), but what he does now works for the egomaniacal rock-n-roll dad his character has become. He’s brought attention to AEW and helped other people in that company get over. Even if he’s not currently your favorite guy, or even if he never was, you have to admit he’s had a hell of a year.

Rhea Ripley began 2019 as the inaugural NXT UK Women’s Champion, but she lost that title in January to Toni Storm. She lingered in NXT UK for a while, but then she crossed the pond and became a regular on NXT Domestic, just in time for it to become a USA show in October. With her unique swaggering charisma, very different from the norm among female wrestlers, not to mention her intimidating physique and punk rock style, she’s come into her own as a character and a performer, becoming a beloved babyface without ever giving the impression that she’s a particularly nice or humble person. And then just this month she become NXT Women’s Champion, finally dethroning the dominant Shayna Baszler. Their match was great, but more than just that, it felt right. After Baszler’s long reign, Ripley was believable as the one who could beat her, and we all cheered when she did.

Some have complained that AEW hasn’t done a great job of building new stars, and I generally don’t think they’re entirely wrong. Darby Allin is an exception, however. Since his debut in a time-limit draw against Cody at Fyter Fest, Allin has gone from an indie wrestler most fans hadn’t heard of to a clear up-and-coming star. He hasn’t racked up that many victories yet, but he’s earned a reputation as a daring kid who won’t stay down. He turns 23 next week, so he’s got plenty of time to develop into a champion. Until then, he’s getting over by doing skateboard tricks off of guys’ backs, and being the young lion who will step to any challenge, because there’s nothing he’s afraid of. As the young upstart in a young upstart company, there are much worse places he could be.

I know, I know, the first conversation everyone wants to have now is about Kofi’s unfortunate loss to Brock Lesnar in a matter of seconds. But that didn’t happen until October, and the number of people who got mad and rightly said that Kofi deserved better is a testament to the year he’d had up to that point. It happened organically too, something that’s all too rare in WWE. He stepped in for an injured Mustafa Ali and won an opportunity that nobody thought he’d get at this point in his storied career. Then when he won the WWE Championship at WrestleMania 35, it was one of the most exciting and uplifting moments in years, probably since his opponent in that match, Daniel Bryan, had a similar win at WrestleMania 30. Kofi Kingston had already been doing exemplary work these last few years as part of the New Day, but 2019 showed that he could reach even greater heights, and he never seemed out of place when he was up there.

This is the one I’m expecting will make some people mad. Cody started his own company with his friends, booked himself as a top guy in that company, and hired guys who used to interview his father to interview him about his own accomplishments. If you say he comes off as a little full of himself, I wouldn’t disagree. But also? Cody did those things. Along with Tony Khan and the Young Bucks, he made AEW happen, and that’s no small thing. On top of that, he’s used his position to build up younger guys like Darby Allin and MJF. He’s had great matches and given amazing promos. He’s shown that there are paths outside of the WWE monopoly, and whatever the future holds for AEW, that’s a big deal.

Kiera Hogan hasn’t become a top star in Impact yet, but she’s on a strong enough path that if she doesn’t get there, it will probably be because she leaves to become a bigger star somewhere else. In addition to doing solid midcard work in Impact, she also wrestled for WOW under the name Fire. She and Adrenaline (aka Diamante) became the new WOW Tag Team Champions in a tournament that reintroduced those titles. Oh yeah, and she also came out as queer this year, revealing that she and Diamante are in a real-life relationship. As a wrestler who’s on TV but not in WWE, Kiera’s uniquely positioned to advance the cause of LGBTQ rights in general and LGBTQ representation in wrestling in particular, and she’s been extremely outspoken about that ever since her coming out. She’s had a 2019 like few other performers, and I can’t wait to see what she does in 2020.

How MLB players are reacting to potential quarantined season in Arizona

Canadians rally to save restaurants with #TakeoutDay

How Would NBA Stars of Yesterday Perform in Today’s Game?

Jimmy Fallon's interview with Russell Wilson and Ciara was interrupted by his daughter losing a tooth. Source

A bunch of Nintendo Switch games are on sale today

The best VR games for escaping to other worlds

Should You Choose Booths or Technicians to Get the Best Tan?

This Summer’s Top Swimwear Trends with a Modest Twist

5 Random Clothing & Accessory Items Every Woman Needs to Own

10 Tips to Have a Healthy Period

10 Tips to Have a Healthy Period, ease cramps and survive PMS! Simple & realistic tips to put into action