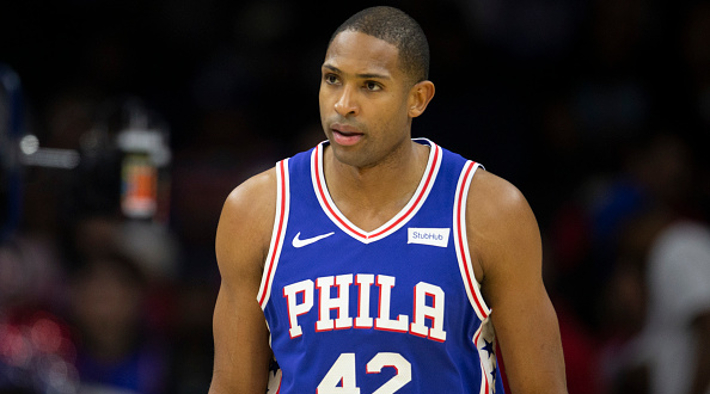 With the dissolution of the Celtics last summer, Al Horford was one of the first shoes to drop. He’s since admitted what most of us already suspected, i.e. that last season’s version of the team wasn’t sustainable in the long term. In signing with the Sixers, Horford was joining another Eastern Conference powerhouse that seemed primed to take the next step.

Given his impact on the Celtics during his tenure there, it was easy to peg Horford as one of the most underrated free agent moves of the summer, a player who could possibly be the missing ingredient for a championship contender that was right on the cusp of making the leap.

So far, that hasn’t really panned out. Horford has struggled to find his niche with the Sixers this season, averaging career lows in shooting percentage and rebounding and near a career low in scoring. By his own admission, Horford isn’t living up to the expectations, but from his standpoint, that’s at least partly due to how he’s been deployed in Philadelphia’s offensive schemes.

Via Keith Pompey of The Philadelphia Inquirer:

“I’m out [there] for the team and doing what I can to help us,” Horford said. “But offensively, I’m very limited with the things that I can do. So I can’t control that stuff.

“So all I have to do is make sure I’m there for the team, trying to do everything I can to help us win.”

***
“It’s always an adjustment period when you are with a new team,” Horford said. “Things don’t necessarily click how you want them to. It’s just a different challenge.”

Head coach Brett Brown has said that he’s in constant communication with Horford to try and hammer out a solution, but the bottom line is that with one of the best starting lineups in the league, Horford has had to sacrifice. The challenge is in figuring how to keep making an impact within those opportunities.

The Sixers as a team have not yet capitalized on having a player like Horford in their rotation. At 23-12, they’re holding down the No. 5 spot in the East and a rung below some of their conference rivals. Figuring out how to best utilize Horford is going to be a major goal if they want to take the next step.

Flu Season Is Underway With Deaths Already Reported; Here’s How to Prepare Yourself – KTLA Los Angeles