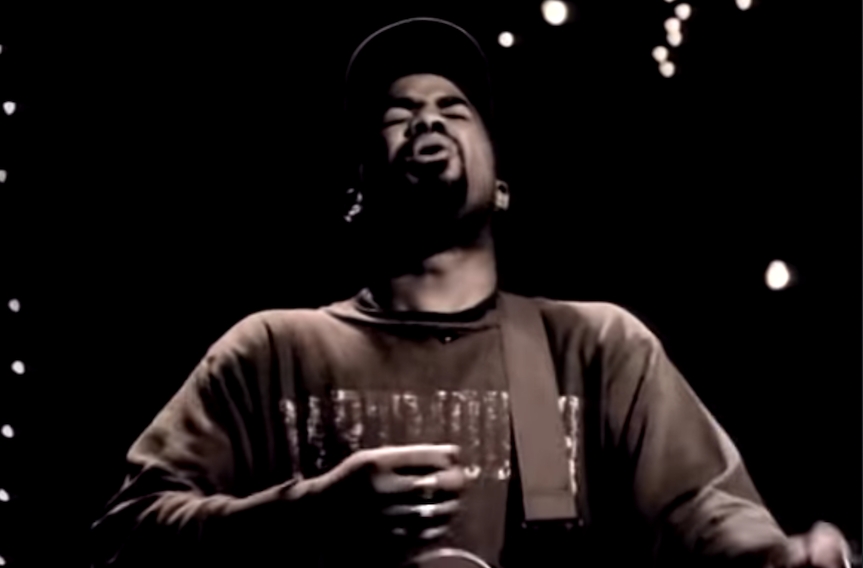 Seeing as how literally every person ever employed in the wrestling business has a podcast these days, it’s a wonder we haven’t heard every single story about every single wrestler by this point. But amazingly, new anecdotes continue to come out, each more delightful than the last.

Case in point: On the latest episode of 83 Weeks, Conrad Thompson’s podcast with Eric Bischoff, the former head of WCW (and, uh, former Smackdown executive director, too) spun a yarn about Ric Flair and none other than Hootie himself, Darius Rucker.

To set the stage, Bischoff and Flair were already working through real-life animosity during WCW’s Monday Night Wars run, which is currently being obsessively documented in our ongoing Best & Worst Of WCW Monday Nitro column. Let’s dive in with a transcription courtesy of 411mania. Take it away, Eric:

“When we were in Charlotte, I don’t remember what Nitro it was or what the event was, but we were in Charlotte, and I remember after the show, we were all going to meet at a local bar downtown and celebrate after the show, and I walked in, and this is when Ric and I on camera were having our storyline so there was some heat between us, part of it was real that we turned into a storyline, and a lot of the people knew about it.

I walked into this bar, and I was by myself, I walked up to the bar, it was pretty crowded after the show, everybody knew we were going to go there, and this guy comes up to me, standing right next to me, I didn’t make eye contact with him but I could feel him just staring a hole into me. Finally I looked over to him, I said, ‘What, do I owe you money, or what’s the deal here?’ And he just, I don’t remember what he said, but he just lit into me, and giving me all kinds of a hard time about how I was treating Ric Flair and what a piece of garbage I was, I’ll clean up the language a little bit out of respect for who this person ultimately ended up being, and this guy’s going on and on and on and he’s eyeballing me like, I’m thinking I’m not going to grab this beer quite yet because I may need both hands until I figure out where this conversation is gonna to end up, I’ll just leave my beer on the bar.

I’m half preparing, looking around me, seeing how much room I have to work, and I find out it’s Hootie from Hootie and the Blowfish. Darius Rucker, but he was Hootie back then. Obviously we became friends after that.”

Not only did Rucker befriend Bischoff, but he later befriended Flair himself, eventually buying one of Flair’s robes for $35,000 at a charity auction and even visiting the man himself shortly after his life-threatening illness in 2017. No word on if the Nature Boy ever thought about changing his entrance music to “I Only Wanna Be With You,” however.