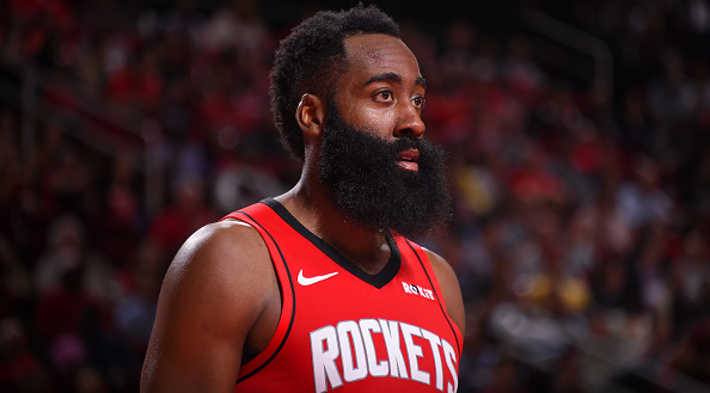 James Harden is the best 1-on-1 player in the NBA. If he has an opponent on an island in iso, then sometimes it’s just better to head to the other side of the floor and assume that he’s going to get a bucket. Harden’s bag of tricks is so vast that he’s oftentimes unstoppable for the average defender.

It should come as no surprise that Harden faces a lot of double-teams. This season, in particular, it seems to be the go-to option for most defenses to handle him. Of course, that hasn’t slowed him down — he’s still scoring an unreal 38.2 points per game and dropped 35 points on Denver during their matchup on Tuesday night despite facing doubles most of the evening.

Nuggets coach Mike Malone believes Harden should see this much attention as a sign of respect, and as it turns out, Harden agrees. Via Tim MacMahon of ESPN:

“I know it’s probably frustrating for him,” Malone said before Tuesday night’s game at the Toyota Center. “But he should take it as a sign of huge respect because people are game planning to get the ball out of the [hands] of the best scorer in recent memory.”

“For sure,” Harden said after scoring 35 points on 10-of-17 shooting in the Rockets’ 130-104 win over the Nuggets. “Me and Coach [Mike] D’Antoni talk about it all the time. That means that I’m doing something right, [that] I’m pretty good.”

There is no greater sign of respect as a scorer than a defense deciding they would rather risk someone else being open if it means that you don’t score. While Harden probably finds it exhausting to have to play against a locked-in defense on a nightly basis, that’s the price he has to pay for being the incredible a scorer he is. It’s just impressive that despite this he continues to dominate the way he does.

The Ins And Outs Of AEW Dark 4/7/20: Friends In Wardlow Places

Is Quibi Worth The Price And Time Commitment?