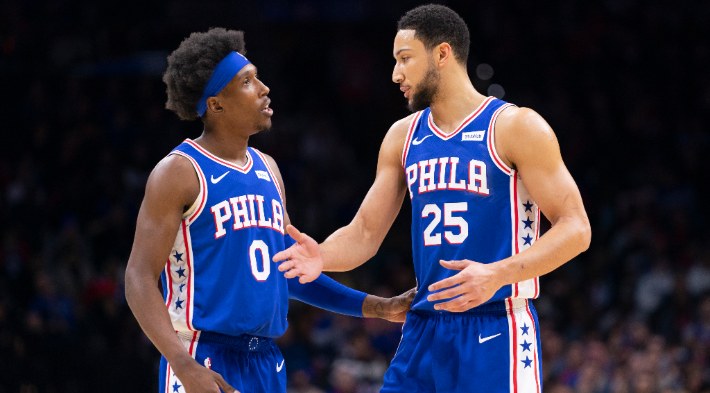 The Philadelphia 76ers have been one of the NBA’s weirdest teams this year. Their high points, like their Christmas Day throttling of the Milwaukee Bucks, suggest that they’re capable of winning a title, while their low points make them look like a squad that might struggle to get out of the first two rounds of the playoffs again.

The latest example of the latter came in a 115-97 loss to the Indiana Pacers on New Year’s Eve. While Joel Embiid was out with an injury, Philly still trailed by 30 points entering the fourth quarter against a Victor Oladipo-less Pacers side that only had Malcolm Brogdon on the floor for eight minutes. Bad days happen, but for the Sixers — which are 23-13 and sit in sixth play in the Eastern Conference — they tend to pop up more frequently than you’d expect.

Following the loss, a pair of players decided to speak out against some issues they believe exist in the locker room right now. Tobias Harris, who struggled in the loss to Indiana, believes there’s a lack of “ownership” from players right now.

“In all honesty, I think what we have to do is look one another in the eye, look ourselves in the mirror, and kind of evaluate and take ownership on our own individual play,” Harris said. “And then figure out where individually we can be better, 1-on-1, as a man, and come to the table and try to mesh that together as a team.”

The phrase “look in the mirror” was echoed by Ben Simmons, while Josh Richardson called for more accountability in the locker room, and took some of the blame for not wanting to call teammates out as one of the team’s newer players.

“I don’t think that there’s enough accountability in the locker room right now, honestly,” Richardson said. “I think we got some new guys who don’t want to step on toes — including myself. I feel like we just kind of go play and don’t compete as much. There have been games where we have and it’s been great, but when it’s not going good we got to hold each other accountable, so I think that’s where a lot of our problems start.”

Despite the strong 2018-19 Boston Celtics vibes that the team has given off so far — with the obvious difference that this squad doesn’t have one star’s impending free agency looming large — being able to identify that something is amiss and needs fixing is a good thing. Of course, none of that matters unless guys are able to resolve whatever issues currently exist, and perhaps Philly isn’t concerned with how things shake out during the regular season, because they don’t think anyone can beat them four times in seven games during the postseason.

But having said all of that, it’s evident that Sixers players think there’s a problem right now, and it appears they want to solve it. Whether or not they’re able to do that and make a run for a top-4 spot in the Eastern Conference, though, is another story.