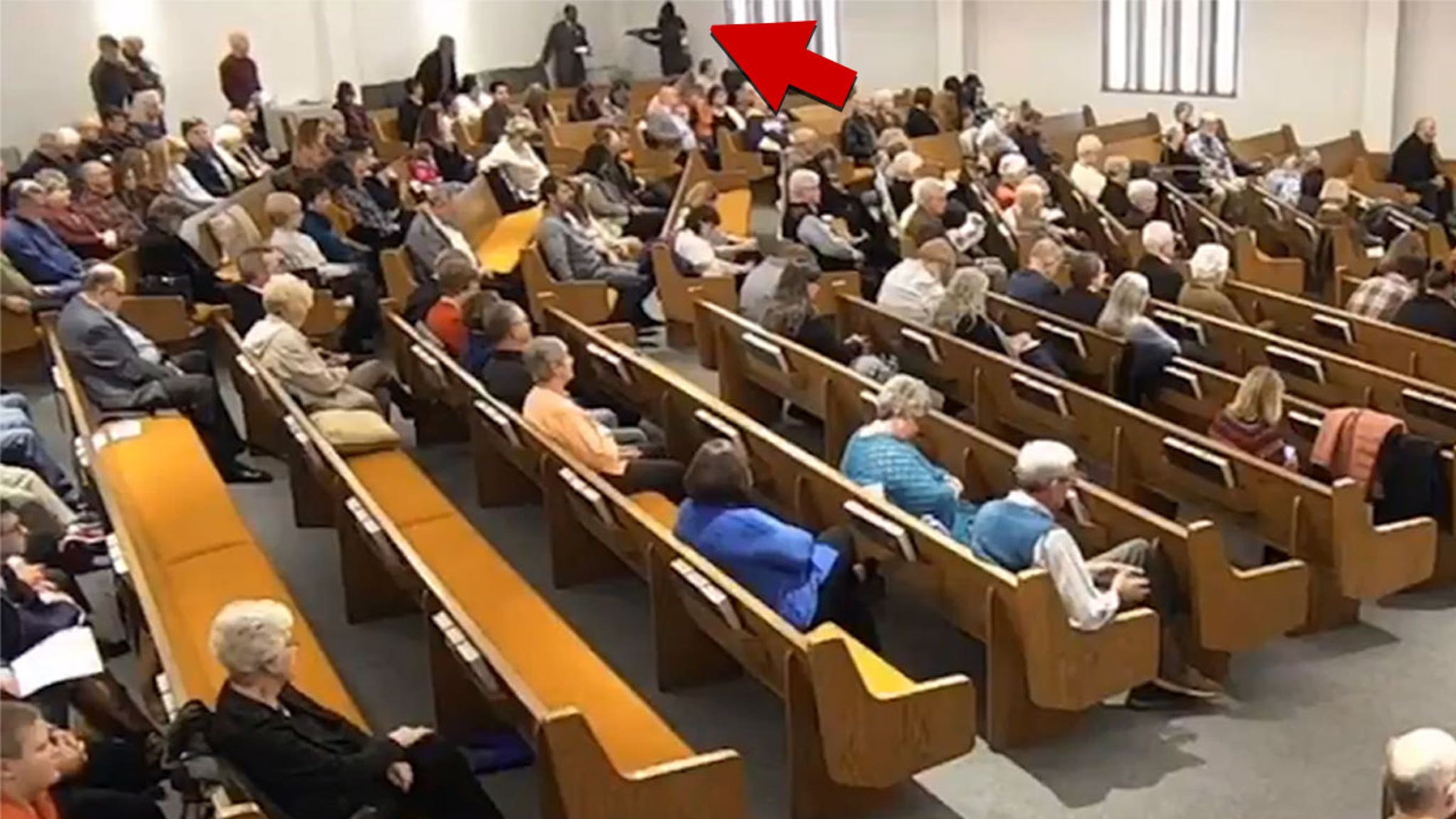 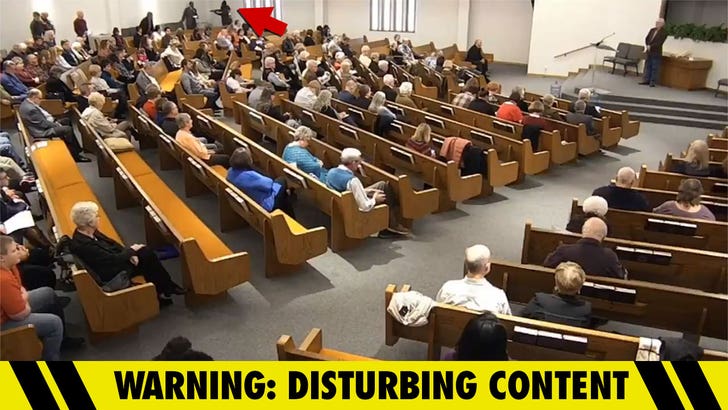 1:02 PM PT — The live stream video capturing the moment the gunman opened fire in the West Freeway Church of Christ has leaked, and it’s incredibly graphic and disturbing.

In the footage, you see the gunman sitting of the side of the church with at least one other person on their right side. The shooter appears to already be wearing a cloak and hood as they stand up, walk from side-to-side and then pulls out a shotgun and fires off 2 rounds.

The bullet hits one man, and then fires again and hits another as the congregation panics and screams from the chaos. Everybody else either ducks or runs. We’ve cut out the actual shooting, but you can still see what happens right before and right after.

The armed guard fires one shot almost immediately and hits the gunman from afar. They go down and the guard approaches to make sure they wouldn’t fire again, and then picks the weapon off the floor. It also appears at least two other people approach with their own weapons drawn as well.

People rush over to the two people who were shot and try to attend to them. They were hit at point-blank range.

12:26 PM PT — Two people were killed as a result of the shooting, and one person is reported to be in critical condition. It appears the gunman was the one left alive.

Statement on shooting at West Freeway Church of Christ in White Settlement: pic.twitter.com/Crrrvavvs6

Texas Governor Greg Abbott confirmed the deaths in a statement, while going on to thank those who acted and prevented further loss of life. 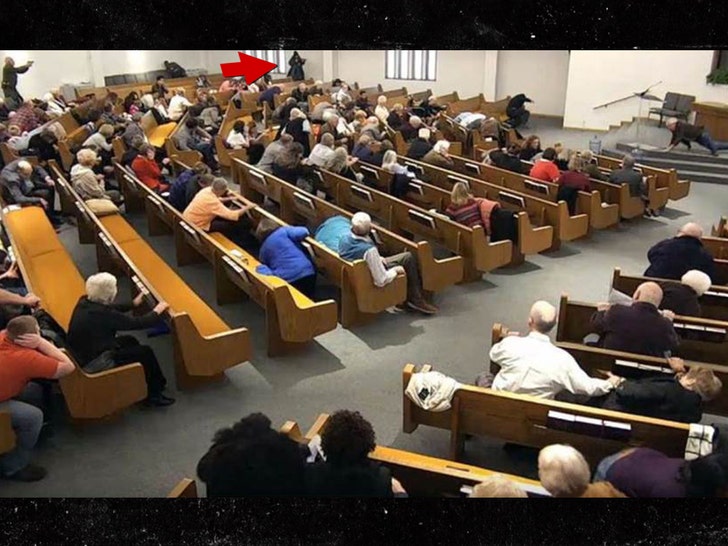 A gunman opened fire during a church service in Texas this weekend, but was quickly met with bullets coming from across the room … and the moment was captured on camera.

The shooting took place Sunday at the West Freeway Church of Christ in White Settlement, TX, near Fort Worth. It was being live streamed from the church’s website, and still images of the gunman starting to shoot and everyone ducking were captured and spread online.

In the screenshot, you see the shooter in one corner of the room holding what appears to be a semi-automatic weapon of some sort, while wearing a dark coat with a hood. As they aim at the crowd, a security guard across the way lifts his own weapon and fires.

The live-stream has since been removed, and the church’s site is down at the moment. 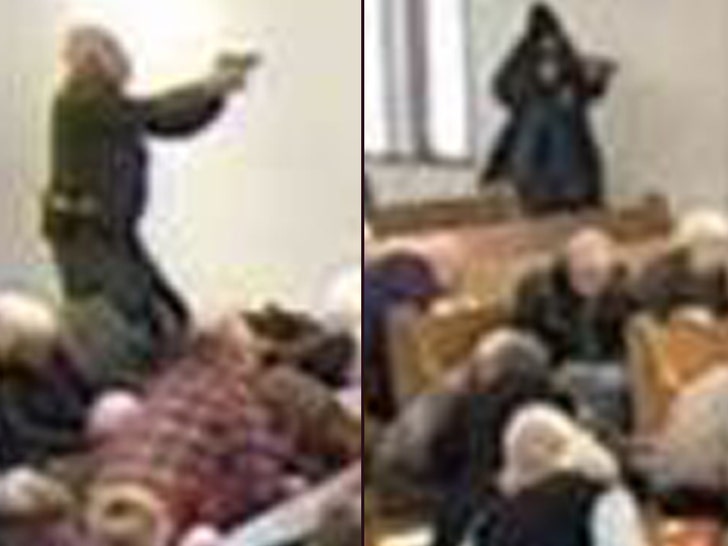 According to reports, the gunman was actually sitting inside during the service and stood up with his firearm as communion was being distributed. The exact weapon has reportedly been described as an apparent rifle or a shotgun. Motive remains a mystery for now.

At least three people were shot in the gunfire, including the gunman. It’s unclear if there are any fatalities at this point, but the situation was swiftly subdued … and countless lives were undoubtedly saved. No word yet on who the victims might be.

Sunday’s shooting has echoes of the 2017 mass shooting in Sutherland Springs, TX … where a gunman killed 26 people after storming the First Baptist Church. On his way out, he was fired upon and chased by nearby bystanders, and died shortly thereafter.

At Last, the True Story of the ‘Cats’ “Butthole Cut” Can Be Told – And It’s More Horrible Than We Imagined