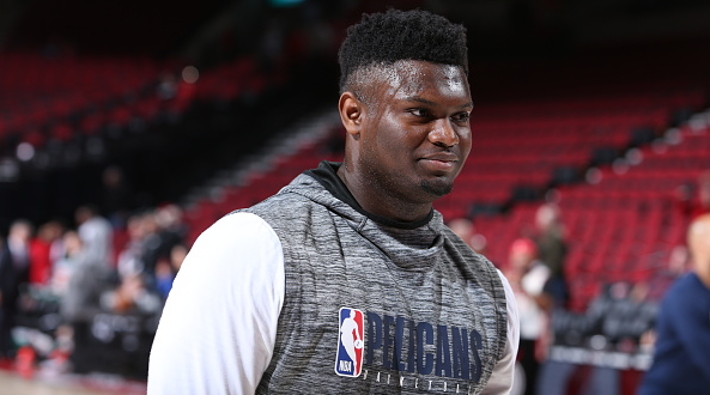 It’s been a tough transition for the New Orleans Pelicans in their first season without Anthony Davis. Despite bringing in a haul of young talent in that deal, the disparate pieces haven’t quite added up to much so far, as their 11-23 record has them just slightly about the Warriors for last in the West.

Aside from Brandon Ingram, many of the former Lakers have failed to live up to expectations and haven’t provided much reason for optimism about their long-term efficacy with the franchise. Still, the team has shown some signs of life in the process, winning four straight games as they head into the new year.

The team and their fans got even more good news on Tuesday. According to Shams Charania of The Athletic, Zion Williamson is expected to make his NBA debut sometime in January.

Williamson has yet to make his first appearance in a regular season game after tearing his meniscus in October. Previously, there had been some concern that Williamson might sit out his entire rookie year as there had been no clear time table for his return while the losses continued to pile up for New Orleans. Williamson has battled perceptions about his fitness and conditioning throughout this process, but he’ll have a chance to put all that to rest when he finally takes the court sometime next month.