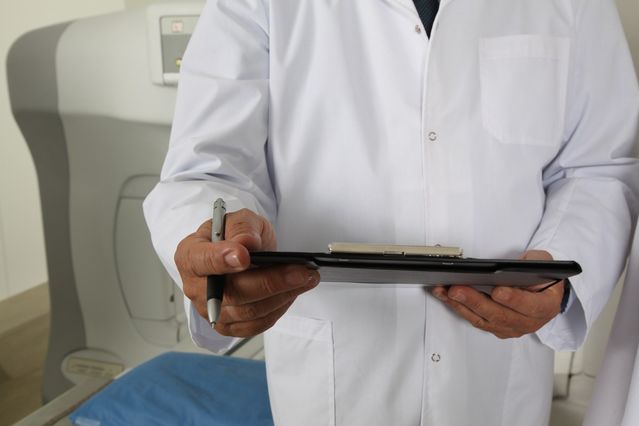 In recent years, many more people have been self-diagnosing various psychiatric labels, either viewing them as self-assessed medical conditions or reclaiming them as political identities.

There are all sorts of reasons for this, but central is that in many countries, healthcare is very costly. Even in countries where healthcare is free, waiting for a professional diagnosis can take years. Given this, many feel that self-assessment is a better option.

Here, I want to defend self-diagnosis against each of these worries.

Let’s first look at the notion that self-diagnosis will be less reliable than a diagnosis from a professional. The issue here is an epistemic one, in that it relates to the higher level of epistemic credibility accredited to professionals in light of their training. It’s certainly worth reading Dr. Srini Pillay’s various examples of the kind of issues that self-misdiagnosis can lead to in practice.

While it’s true that misdiagnosis can be harmful, my issue with this argument is that is little evidence that accredited professionals are more accurate at diagnosing psychiatric labels than patients are. The authors of a 2006 literature review concluded that “The unreliability of psychiatric diagnosis… is a major problem in psychiatry, especially at the clinician level.” Other studies, like this one from 2018, have found that self-diagnosis is pretty consistent with professional diagnosis if the same screening tools are used.

Part of the issue here may be that in psychiatric settings, the testimonies of patients are routinely overlooked due to prejudiced beliefs found in both medical professionals and the wider population. As Crichton et al (2017) found, in psychiatry, not listening to patients is often driven by prejudices regarding disability or mental health issues that “go unchecked because they operate below the radar of the conscious scrutiny of our own beliefs.”

Other prejudices that hinder medical diagnosis relate to gender and race. For instance, autism has often misleadingly been portrayed as a white and male condition. Even though this depiction has no proven scientific basis, clinicians routinely internalise such beliefs which can then reemerge as biases that can exclude women and people of colour in clinical settings.

Given all of this, there seems to be good reason for many people to rely on self-diagnosis. Even though I agree that a medical professional should be consulted when possible, it is far from clear that professionals should be accredited with significantly higher epistemic authority than those who self-diagnose.

A clear example of a diagnosis being trivialised is Obsessive-Compulsive Disorder (OCD). While OCD can be highly debilitating, it isn’t rare to hear people say “I’m so OCD!” in relation to everyday things like being clean and tidy—thus trivialising the condition. The worry is that self-diagnosis does something similar. In the words of one critic of autism self-diagnosis: “Many now self-identify as autistic as though autism were a fashion label rather than a debilitating disorder.”

But is this really the case? The first thing to note is that being, say, autistic isn’t generally done to be fashionable. Indeed, as an autistic person, I very well know how unfashionable it is. (A mere polite mention of being autistic can ruin an interview or first date.) So this doesn’t seem likely as a genuine motivation.

With this in mind, it’s worth noting that many people report self-diagnosing precisely because it helps them in this way. As Sian Ferguson—who self-diagnosed her PTSD—has written, this allowed her mentality to switch from “There’s something severely wrong with me and I’m a bad person” to “I have an illness and I need help.” Similarly, a self-diagnosed autistic adult I spoke to explained the following:

I think the process of understanding neuro-atypical conditions has helped me identify my own strengths and weaknesses. It’s given me “permission” to leverage those strengths and be open about how I mitigate the weaknesses. […] Being comfortable challenging established ways of working and offering an alternative, but being able to found that in an explanation of neuro-atypical thinking.

Clearly, in these cases, self-diagnosis is existentially helpful, helping individuals develop self-understanding and for helping navigate their environments.

When Should a Professional Diagnosis Be Sought?

While I’ve defended self-diagnosis here, it’s worth mentioning that professional diagnosis can be practically helpful for a number of reasons. These mainly relate to insurance, access to services, and other legal issues. Finally, it’s worth noting that in some cases, psychological traits can stem from underlying physical causes that may be missed by someone without expert knowledge of physiology.

Still, for the most part, the two main issues people have with self-diagnosis don’t stand up to scrutiny. They rely on false assumptions regarding both the epistemic credibility of professionals and the purported motivations of those who self-diagnose.

Understanding the Stages of Grief and Facing Tragic News