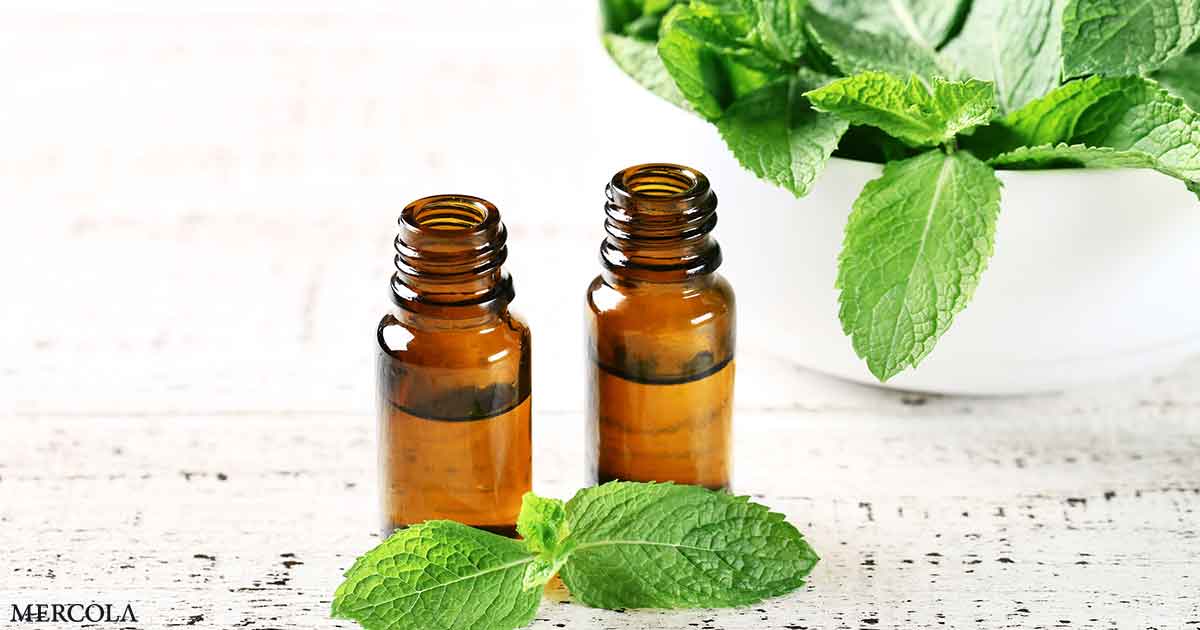 Although irritable bowel syndrome (IBS) and irritable bowel disease (IBD) sound similar, they are two distinct conditions with a few similar symptoms. IBD is classified as a disease that causes inflammation of the intestinal tissue. Several gastrointestinal diseases are part of the IBD group, with ulcerative colitis and Crohn’s occurring most frequently.1

The director of Cedars-Sinai Inflammatory Bowel Immunobiology Institute says the severity of the condition may depend on genetic markers and the effects of the gut microbes on your immune system. The most prevalent indication of both IBS and IBD is diarrhea. IBD may also present with anemia, fever, bloody stool and extreme weight loss.

IBS may trigger constipation, diarrhea or both as the condition affects the intestinal tract. Some complain of being gassy or bloated, and up to 70% who are diagnosed with IBS have suffered from severe food poisoning in the past. IBS is a functional disease, which means the symptoms you have may not produce a diagnosis through exams or procedures.

The intensity and severity of the condition may vary from person to person and can be induced by certain foods, the size of a meal or stress. According to the American College of Gastroenterology, up to 15% of adults in the U.S. have IBS.2

Symptoms of the condition frequently disrupt life and social interactions, and the current treatment methodologies have traditionally focused on diet, lifestyle and stress.

Peppermint is an herb that has been used for medicinal purposes since ancient Egyptian times. Dried leaves were found in the pyramids, and ancient Greeks and Romans used it to help with stomach issues.3 Researchers have studied the effect of peppermint and peppermint oil on the digestive tract, finding it helps those with IBS.

In 2015,4 two scientists conducted a literature review of 16 clinical trials and evaluated the use of enteric-coated peppermint oil as a treatment of IBS. They concluded that in comparison to the drug treatments, peppermint oil was a better choice for alleviating symptoms and improving the quality of life. They recommended that those with IBS who do not have serious constipation or diarrhea should take one to two capsules three times a day for 24 weeks.

The authors of a second, recently published systematic review and meta-analysis of 33 trials found similar results. They wrote:5

“Meta-analyses suggest that peppermint oil is both efficacious and well-tolerated in the short-term management of IBS. A number of Western herbal medicines show promise in the treatment of IBS. With the exception of peppermint essential oil, Aloe vera, and asafoetida, however, none of the positive trials have been replicated.”

The goal was to evaluate the effectiveness of herbal medicines in the treatment of IBS symptoms. The team from the University of Tasmania evaluated studies that looked at 18 herbal remedies. Stephen Gaffner, chief science officer at the American Botanical Council, believes the review is well done and has provided a useful update. He said:6

“Since two studies were published in 2016, it appears to me that an update to include current literature is a worthy undertaking. And none of the papers reviewing botanical ingredients for IBS symptoms appear to be as thorough and as well done as this present publication.”

The vast majority of the trials used essential oil and the analyses suggested there was good safety and efficacy in the short-term management of IBS. Despite being a benign condition, IBS does have a detrimental effect on quality of life and creates a substantial financial impact.

In another study,7 scientists looked at a sustained release delivery model for peppermint oil to improve tolerability and release the oil in the small intestines. Using a placebo controlled clinical trial, 72 participants were randomized into two groups.

At the completion of the trial, those receiving the intervention experienced better improvement and reduced severe gastrointestinal symptoms with few adverse events.

Of those diagnosed with IBS, 30% see their physician for the symptoms.8 While they do not experience significantly different abdominal issues than those who don’t seek medical treatment, they do present with higher levels of anxiety and reductions in their quality of life.

IBS accounts for up to 12% of the total number of primary care visits and the cost to society is estimated to start at $21 billion, which includes direct and indirect medical costs as well as loss in productivity and work performance.9

In one literature review10 designed to evaluate the costs of IBS in the U.K. and the U.S., researchers found the average number of days off work each year attributed to the condition ranged between 8.5 and 21.6. The magnitude of the economic burden appeared to be increased by a factor of 1.1 to 6 when compared to levels within a control group.

The importance of protecting your gut microbiome cannot be overstated. It plays a key role in your mental health and in the development of neurological diseases such as Parkinson’s disease. Poor gut health may also increase your risk of obesity, Type 2 diabetes, liver disease and cardiovascular disease.

Advances in science have made it clear the organisms living in your gut play a major role in your health, both mental and physical. In one article, authors have suggested even severe and chronic mental health problems may be alleviated using specific probiotics aimed at reducing inflammation in the gut.

Researchers have examined the influence gut bacteria has on emotions by using participants who have IBS. Research shows in patients with IBS, nerves in the gut are more active than in healthy people. This has led to speculation pain is the result of a hypersensitive nervous system.

Some have used hypnosis to dampen the hypervigilance in the nervous system and have successfully been able to ease the pain associated with the condition. The effectiveness was confirmed using brain imaging demonstrating down regulation of activation of pain centers in the brain.

In a review published in the European Journal of Clinical Nutrition, researchers note in seven of the published studies looking at vitamin D status and IBS prevalence, vitamin D deficiency was prominent in those with IBS. In one of the studies, 70% of participants with IBS showed improvements in their symptoms while on a vitamin D regimen.

Bernard Corfe, Ph.D. and senior lecturer in oncology at the University of Sheffield in the U.K., was lead scientist on the study and told reporters: “It is evident from the findings that all people with IBS should have their vitamin D levels tested and a large majority of them would benefit from supplements.”

The authors of a second study looked at gene expression and variations as well as serotonin pathways, finding that those with IBS tended to have lower levels of vitamin D. The expression of genetic biomarkers for IBS also appeared to be modulated by vitamin D. According to the authors:

“Strikingly, the direction of gene regulation elicited by vitamin D in colonic cells is ‘opposite’ to the gene expression profile observed in IBS patients, suggesting that vitamin D may help ‘reverse’ the pathological direction of biomarker gene expression in IBS. Thus, our results intimate that IBS pathogenesis and pathophysiology may involve dysregulated serotonin production and/or vitamin D insufficiency.”

Regular, sensible sun exposure is the best way to optimize your vitamin D status, but many will need to take an oral vitamin D3 supplement, especially during the winter months. The only way to gauge whether you might need to supplement is to get your level tested, ideally twice a year, in the summer and winter when your level is at its peak and low point.

A Clean Diet Leads to a Healthier Gut

If you struggle with IBS, or any other type of gut related issue, a significant part of your answer may be in avoiding genetically engineered (GE) foods of any kind. Plant incorporated Bt toxin is exempt from the requirement of a tolerance level for residues. The original claim was the Bt toxin produced in the plant would be destroyed by the digestive system and therefore posed no health risk.

However, researchers have found the toxin in 93% of pregnant women tested in 2011 in Quebec, Canada. It may produce a wide variety of immune responses and is typically associated with allergies, infections and inflammatory responses.

GE plants are designed to be resistant to herbicides and pose nearly identical problems. Since they are not required to be clearly labeled in the U.S., it’s best to seek out fresh, organic foods whenever possible and avoid processed foods to protect your gut health.

• Boost healthy bacteria in your gut — Lowering your intake of sugar and processed foods automatically creates an environment to support the growth of good bacteria. Consider further enhancing the process by eating fermented foods and/or taking a high-quality probiotic supplement.

• Boost your fiber intake — Additional fiber may be helpful to control IBS symptoms. Organic psyllium tends to be particularly helpful for this, and is my personal favorite.

Psyllium is adaptogenic, meaning if you’re constipated it will soften your stool and help increase your bowel frequency. If you have loose stools and frequent bowel movements, it will help with stool formation and decrease the frequency of bowel movements.

If you decide to use psyllium, make sure it is organic, as the risks of pesticide residue in nonorganic products far outweigh the benefits. Another good source is whole, organic flaxseed. Grind it fresh at home and add 1 or 2 tablespoons each day to your food.

Rear Window Phenomena: Seeing Yourself While Watching Others

Are You a Procrastinator, or Just Efficient?