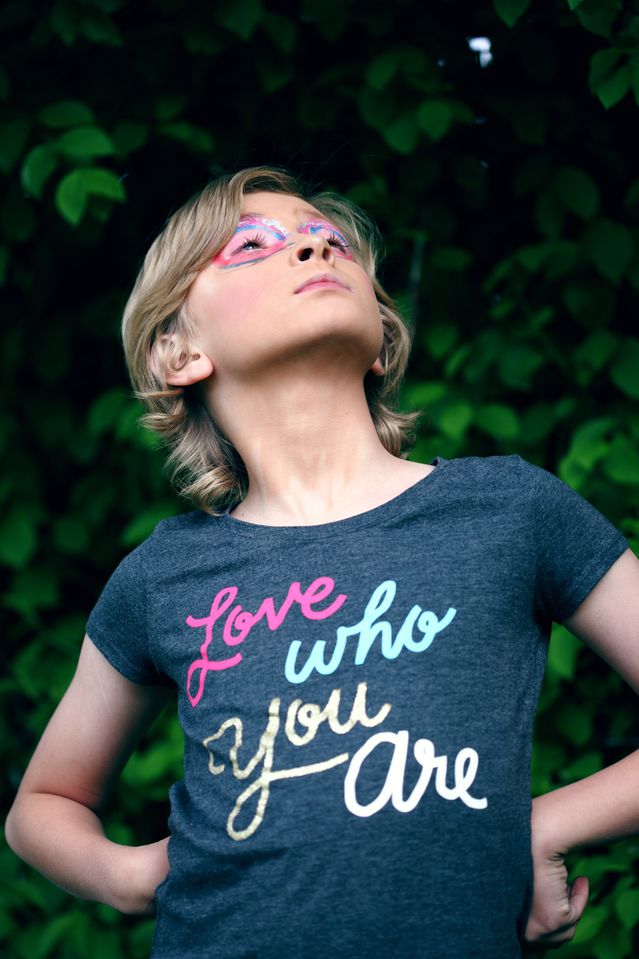 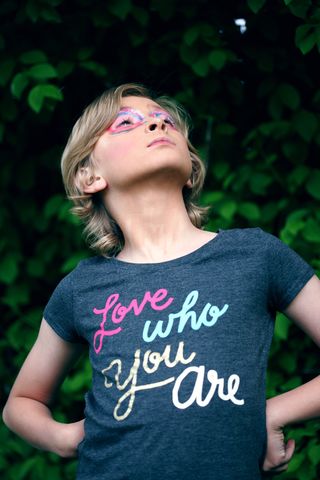 Which pronoun do you identify with? He, she, or they? Questions like this now permeate schools, colleges, and the workplace as a means to create a sense of safety, affirmation, and equality for those who identify as transgender or gender non-conforming.

More and more youth in recent years are identifying as transgender or non-conforming (i.e. not identifying with the gender they were born with). A study by UCLA in 2017 estimates 150,000 youth ages 13 to 17 identify as transgender in the United States.

While the number of transgender youth and adults is growing, some clinicians and health care professionals don’t know how to best treat transgender patients, especially minors. Many believe validating their desires is supportive enough, but they have limited desire to explore the psychosocial factors that can contribute to transgender identification or gender dysphoria.

A study by Kaiser Permanente revealed the risk of developing a mental health condition was three to 13 times higher for transgender and gender non-conforming youth than youth whose gender identity corresponded with their assigned gender at birth, also referred to as cisgender.

According to the National Institute of Health, 41% reported attempting suicide as compared to 1.6% of the general population. Those who expressed a transgender identity or gender non-conformity at school reported harassment (78%), physical assault (35%), and sexual violence (12%). About one-sixth left school or higher education due to harassment.

With the escalated prevalence of mental health issues for transgender populations, the literature suggests clinicians and transgender people seeking therapy would benefit alike by being comfortable exploring the many influences of trauma on one’s life: childhood adversity, neglect, abuse (physical, sexual, verbal), and ruptured or unhealthy attachments with their primary caregivers.

The National Institute of Health cites a 2017 study conducted in Italy where patients meeting the criteria for male-to-female gender dysphoria (GD) were interviewed for childhood maltreatment with regards to emotional abuse, neglect, physical abuse, and sexual abuse. A high proportion reported maltreatment, and the subjects also reported higher body dissatisfaction.

The National Institute of Health suggests the onset of GD can occur as early as 2 years old. Others may develop GD during adolescence or later adulthood. Another finding is that some children who experience GD do not continue to experience it after puberty. Studies find the percentage of GD persistence in adolescence and adulthood varies from 2 to 20%.

Part of the reasoning is the pre-frontal cortex region of the brain doesn’t reach full maturation until one reaches their mid to late 20s. This is the part of the brain that regulates emotions, impulse-control, and decision-making. Puberty is an important part of the maturation process, as sex hormones become more fully developed which parallels brain development. Thus those who are against hormone therapy believe this to be true. Others who are against hormone therapy or sex reassignment surgery point to a 30-year-old longitudinal study in Sweden where the rate of suicide increased for those who underwent surgery compared to control groups.

Those who are in favor of hormone suppressants (known colloquially as puberty blockers) to treat children who are transgender or gender non-conforming believe the medications that suppress the body’s production of estrogen or testosterone allows the body to hit pause on the changes that would occur during puberty.

“That’s really what these pubertal blockers do,” Dr. Rob Garofalo told PBS’S FRONTLINE Documentary News Show. Garofalo is the director of the Lurie Children’s Hospital’s Gender and Sex Development Program. “They allow these families the opportunity to hit a pause button, to prevent natal puberty … until we know that that’s either the right or the wrong direction for their particular child.”

Doctors who use puberty blockers say they allow children who experience gender dysphoria — the feeling that they’re in the wrong body — the time and space to explore and settle on their gender identity.

But what makes this option controversial according to a 2015 PBS story, is that no test that can tell whether a child experiencing distress about their gender will grow up to be transgender. The handful of studies that do exist suggest that gender dysphoria persists in a minority of children, but they involved very few children and were done mostly abroad.

The ethical issues that need to be addressed when working with transgender individuals considering hormone or sex reassignment surgery include the following: autonomy, beneficence, nonmaleficence, and informed consent. The individual must have autonomy of thought and intention when making decisions about medical treatment. Participants, especially minors, must understand that their desires, hopes, and expectations might not correlate with reality. Beneficence implies doing only good, only what is in the patient’s best interest. When it comes to hormone therapy for minors, what is the patient’s best interest and how do we assess it? Should it come when a minor reaches legal voting age in the United States (i.e. 18 years old), should it come earlier by proxy through one’s parents, or should it be held much later when there’s full cognitive, social, and sexual development? Some physicians may believe that surgical alteration of healthy organs would not be in line with this principle. Nonmaleficence must ensure that the treatment does not harm the individual in an emotional, social, or physical sense. And informed consent means the patient is aware of the risks and benefits of medications/procedures. With hormones, it’s complicated by whether physicians, psychiatrists, and other medical and therapeutic professionals should also have a say in authorizing consent.

All this to say is there’s a need for clinicians to ensure they are thoroughly educated and can help create safe spaces where issues that can factor into transgender identity can be explored. The National Institute of Health cites a study where researchers found a high frequency of traumatic experiences within the first 10 years of life. Colizzi et al. (2013) found a high percentage of insecure attachment (70%) in their sample of 50 adult transsexual individuals. In a recent study, Lingiardi et al. (2017) found a high percentage of unresolved/disorganized states of mind (50%) and a considerably high percentage of secure patterns (39%). Moreover, 29 (66%) of the 44 individuals had traumatic childhood experiences relating to the loss of an attachment figure or physical or sexual abuse.

GD patients in the study showed a higher prevalence of anger towards fathers and idealization towards mothers relative to control groups. Fathers of GD participants were less accepting, available and supportive compared to fathers of controls. In more than half of trans participants (56%), there was a co-occurrence of multi-type maltreatment during childhood. Relative to controls, GD participants experienced significantly more traumatic forms, including both active trauma and severe neglect.

Trans women, compared to cisgender men: (1) were more neglected by both parents; (2) had more involving, rejecting, and physically and psychologically abusive fathers; and (3) suffered more frequently from an early loss of the father. On the other hand, trans men, compared to cisgender women: (1) were more often victims of intensive rejection, neglect and early separation from fathers; (2) had more psychologically abusive mothers; and (3) prematurely experienced more losses of close relatives and friends.

Based on these statistics, it’s imperative to consider attachment and trauma and how they could play a role in bringing to light conflicts and defenses of trauma and early relationships with parental figures. As healing professionals, we can help GD patients to integrate trauma and relational ruptures with the goal to empower them to reflect on its impact on their lives and, eventually, its relevance on treatment decisions. That is ultimately what I believe is the therapeutic equivalent of the Hippocratic Oath in medicine, to do no harm.

When Transgender Kids Transition, Medical Risks are Both Known and Unknown

Pillow Poses: Relaxing Restorative Yoga You Can Do In Bed

Science has Shown That This 12-Minute Meditation Improves Memory