Miss Fleur has been in the bad books lately.

She is desperate to claw the couch in my office, so I now have to keep a spray bottle of water on my desk to squirt at her when she’s naughty. (She hates water and will run away from even a couple of drops. Seth on the other hand would just look up at me as if to say, “nice try sweetheart” – and then keep on doing whatever he was doing!)

The husbear roused on her on the weekend, and she promptly put herself to bed – even before it got dark. 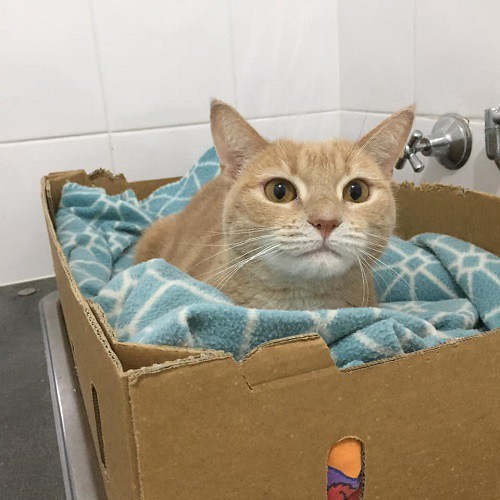 Miss Fleur has a bed in the laundry, and she is locked in there when we got to bed, because otherwise she tends to party up a storm at 3am. If you go in early on a winter’s morning, she looks so snuggly tucked up in her box!

The rest of the time however, she rarely goes near it. Except for when she knows she is in trouble – then she gets into her bed of her own accord, and sulks. 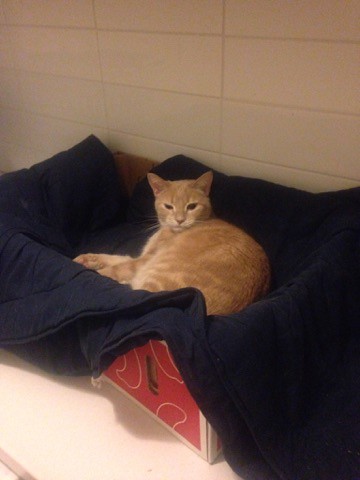 So you can’t tell me animals don’t have feelings.

It doesn’t take much to convince most people that dogs have feelings – they are effusive in their love for their owners.

Cats on the other hand … well, we know that Fleur sulks. But does she feel or express love?

I’m sure she does. Even though we joke that she is the #worldsworstcat because she hates being picked up and cuddled, there’s no doubt that she loves us in her own weird cat way. 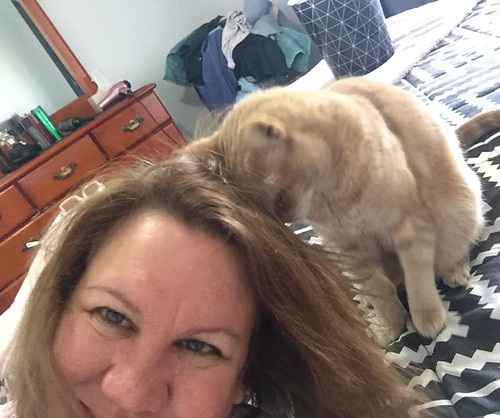 Fleur giving me wuv. Please ignore the basket of washing waiting to be folded in the background!

She shows her love with head bumps, rubbing up against our legs, and wiping her wet nose against us (cat snot – ewwwww!). “I love you mama, let me rub my wet little nose up against you”

Having had other pets, like cockatiels and guinea pigs, over the years, I’m pretty sure that they also feel and express emotions – fear, anger, love.

However I’ve never had much to do with larger animals of any sort, so was quite surprised to learn that horses have feelings too.

A few years back we went on a horse riding adventure – the first time for most of us – and throughout the ride our guide/instructor kept us entertained with a running commentary about the horses – their personalities, some of the shenanigans they got up to, and the relationships they formed: 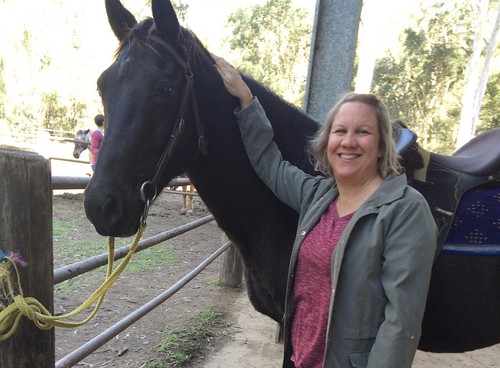 Apparently Rennick could be quite full of himself at times … pride is a feeling!

Still, I can’t help but wonder about other animals – like the hermit crabs the kids had as pets when they were little. And what about snakes?!

What’s been your experience? If you’ve had a pet rabbit or kept cows, sheep, chooks, or something more unusual – do you think animals have feelings too?!

How rowing machines are useful in getting fitness