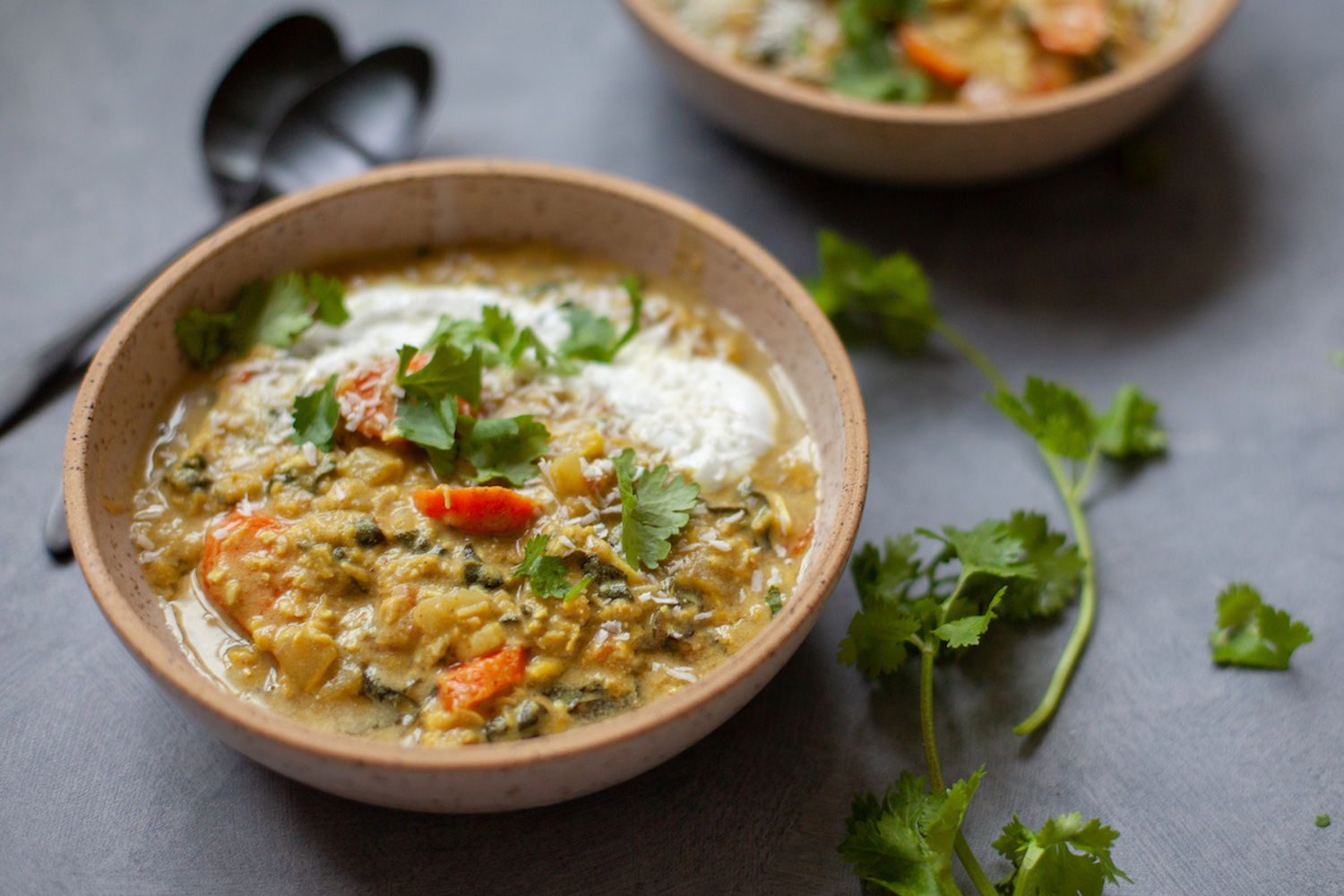 *editor’s note: This recipe is part of the 2020 #CScleanse. Hop on over for your full menu and shopping list for a week of healthy, delicious eating!

If you’re not yet on the lentil train, let me make some introductions.

Meet the tiny round legume that first made its name in Indian cuisine and has now reached cult-level status among anyone trying to eat a more plant-based diet.

Yes, I would actually venture to call them a superfood, which is why over the last year, I’ve started tossing them into soups, salads, and other dishes to round out any meal — especially when I want to skip the animal protein. 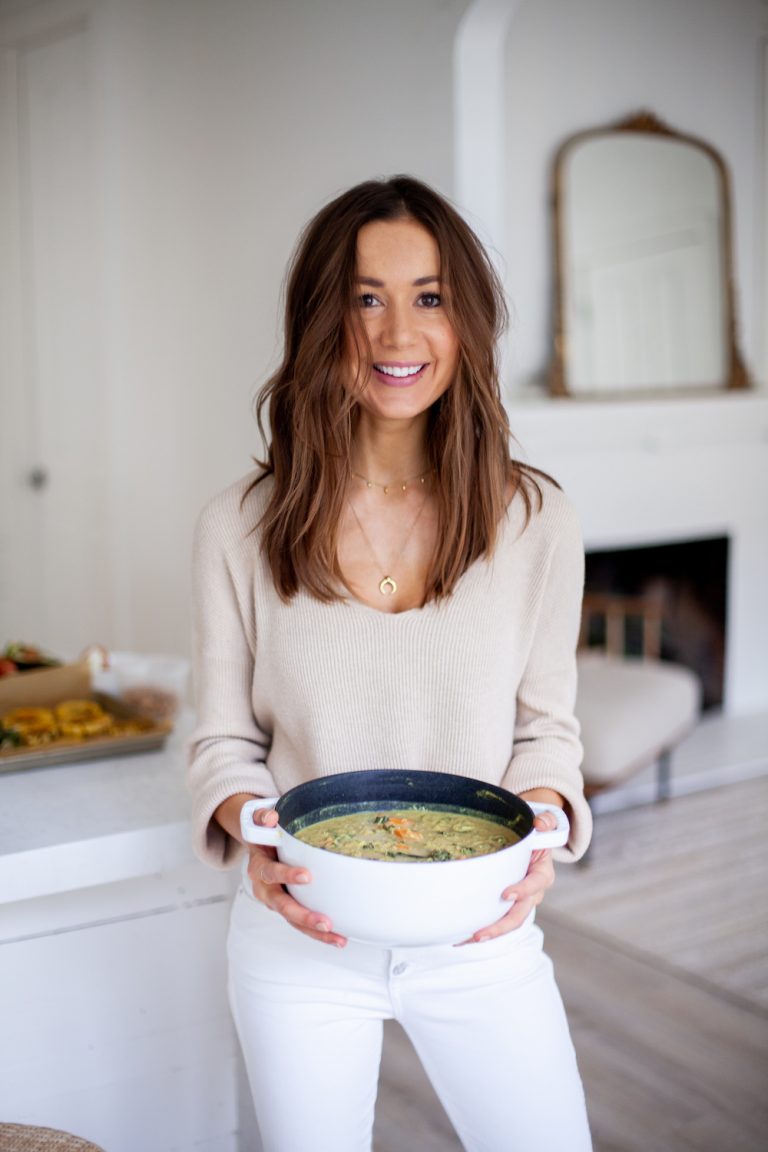 I’ve been making some version of this coconut curry red lentil soup for awhile, and am constantly tweaking the spices and which veggies I throw into the mix. Sometimes I use sweet potatoes instead of carrot, or spinach instead of kale. Occasionally I’ll throw in some cauliflower or trimmed green beans. But these are constants: lots of curry powder, creamy coconut milk, and the fact that I always feel awesome after eating this soup. It gives me that “totally satisfied without feeling weighed down” vibe that can be hard to come by. 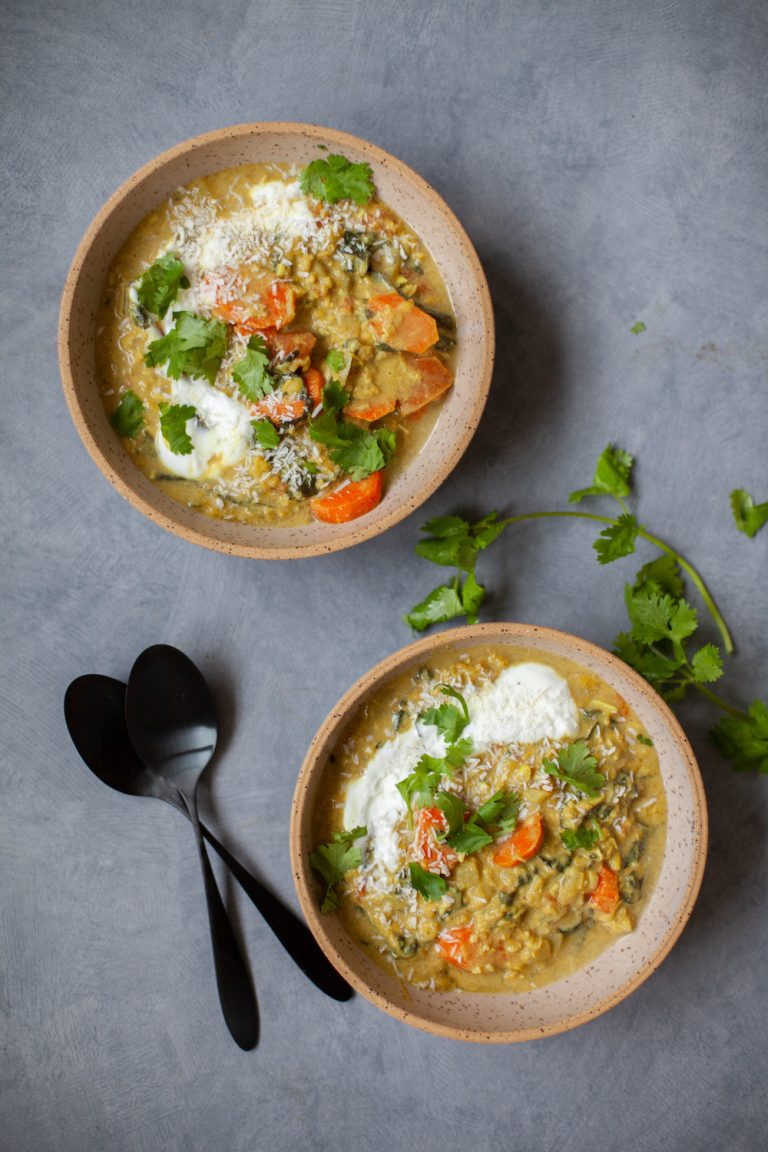 Bonus points that this soup is made completely in one pot so clean-up is a breeze, and I often prep it completely on Sunday so it can be quickly rewarmed when I get home from work during the week. 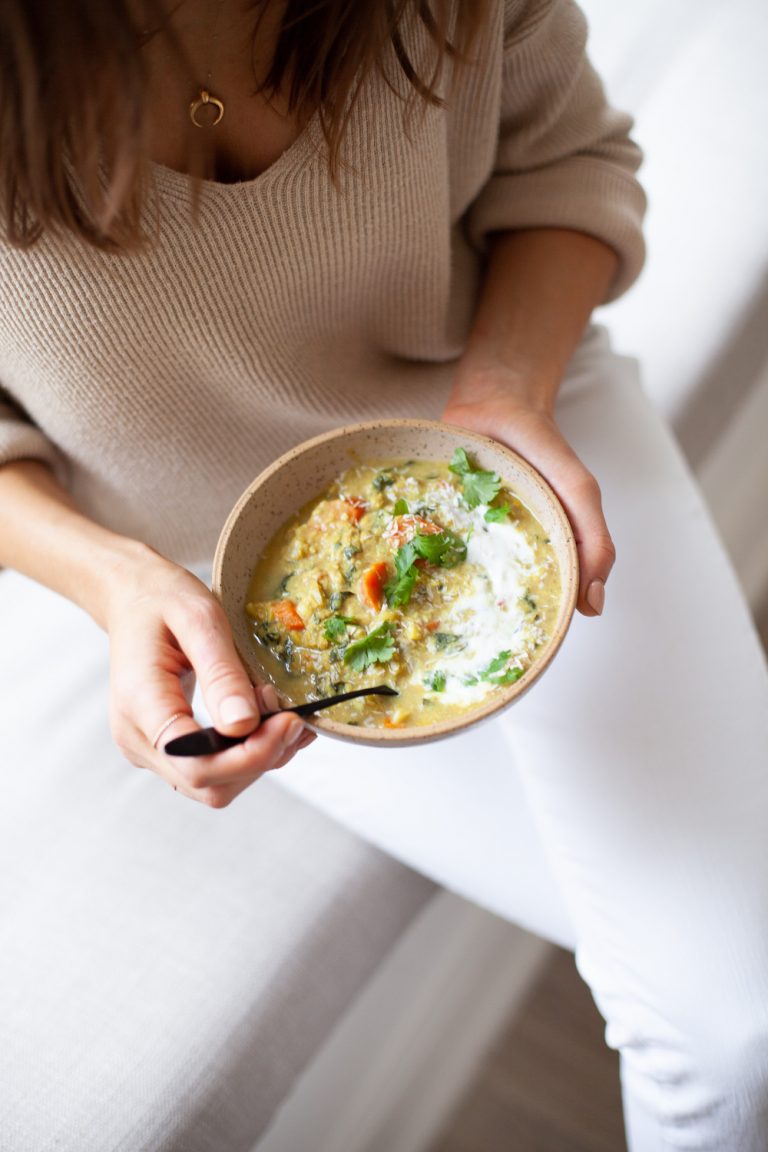 One note about lentils: they are notorious for making some people gassy… and I’m one of them. Here are a couple strategies that have been successful for me:

Scroll on for the recipe, and click here for the entire #CSCleanse menu!