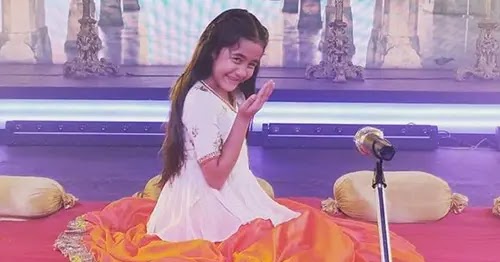 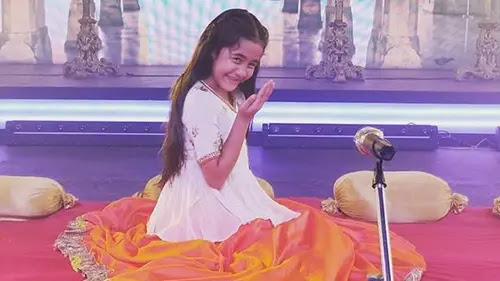 Coming up on Kulfi: The Singing Star this March 2020:

Episode 422
Amyra and Kulfi’s feud divides the society members into two, however, Sikander manages to reconcile the sisters. Later, he decides to cause problems for Jimmy.

Episode 423
Sandy and Raju are stressed by Sikander’s risky plan while the latter is attacked by Jimmy’s goons. Later, Sandy gains Jimmy’s trust and gets a job in his office.

Episode 425
Sikander motivates Kulfi and Amyra after they fail to find the golden coin. Later, he meets Mohsin Khan while the kids stumble across a vital clue.

Episode 426
Kulfi and Amyra hatch a plan to get Sikander’s gold coin back. Later, Amyra threatens to expose the wrestlers while Kulfi sings a delightful song.

Episode 427
Mohsin Khan slaps Jimmy while Sikander brings special gifts for the residents of the society. Later, Kulfi and Amyra put forth a challenge to the wrestlers.

Episode 431
After being misled by Tejaswini, Kulfi meets a mysterious man in the Gurudwara. Later, Sikander loses his cool, unaware that Kulfi is watching him.

Episode 432
While the police secretly follow Raju Mummy, the latter sets out on a lucrative mission. Elsewhere, Kulfi is stunned by Sikander’s violent act.

Episode 434
The goons threaten to kill Kulfi and Amyra after their escape plan fails. Later, Raju Mummy has an odd conversation with the goons.

Episode 435
Sikander surprises Amyra and Kulfi with a bag of gifts. Later, he locks Kulfi in the house after she makes an unusual request.

Episode 436
Sikander is worried upon learning that Kulfi is hiding in Himmat Dadi’s bus. Later, he collapses on the street after making a promise to Kulfi.

Episode 437
Amrya is thrilled as Loveleen pays her a surprise visit. Elsewhere, on the way to the Kartarpur Sahib Gurdwara, Kulfi’s bus falls off the bridge.

Episode 438
Kulfi befriends a simple man, unaware of the dangerous situation she is in. Later, he is in for a shock when she reveals the truth about herself.

Episode 441
Kulfi conveys her prayer through a song within a mosque. Meanwhile, Sikander, who happens to be at the same Durgah, rushes to meet her.

Premiere episodes air on Star Life at 19h00 from Mondays to Fridays.

At Home in Colonial Williamsburg with Anthony Baratta

Medical News Today: How long will it take me to lose 10 pounds?