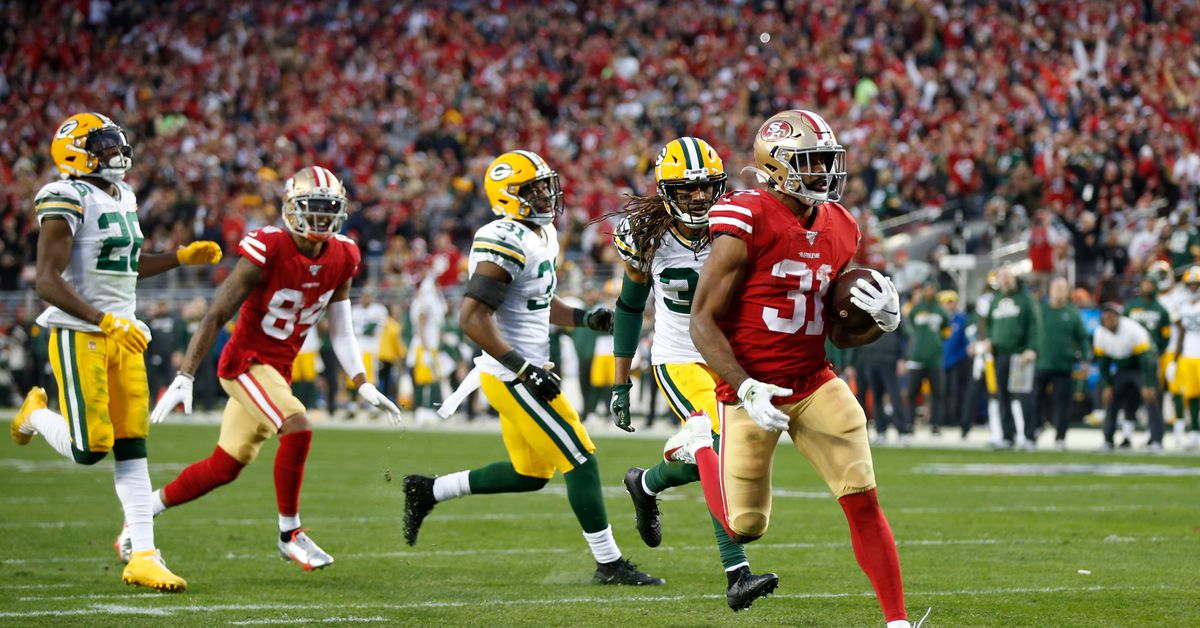 In the grand scheme of things, 54 Super Bowls isn’t many games.

It leaves plenty of opportunities for record-setting performances. Just last year, the Patriots’ 13-3 win against the Rams was the lowest-scoring Super Bowl ever and had the longest ever punt. It also gave the Patriots another chance to extend their dominance over the record books.

Make no mistake, more records will be broken in Super Bowl 54. Here are five that could be particularly vulnerable when the Chiefs and 49ers meet in Miami:

Most rushing yards in a Super Bowl

49ers running back Raheem Mostert finished the NFC Championship with 220 rushing yards — the second-most a player has ever had in a playoff game. It would’ve been enough to set a Super Bowl record.

The 49ers could be without Tevin Coleman after the running back suffered a dislocated shoulder in the team’s win against the Packers. San Francisco can elevate Matt Breida to the second spot on the depth chart if Coleman’s out, but the Chiefs should expect a healthy dose of Mostert, regardless.

On the one hand, Mostert’s 220-yard day against Green Bay was the first time in his career he’s eclipsed even 150 yards. On the other, the Chiefs allowed 4.9 yards per rushing attempt in the regular season (fourth-most in the NFL).

Kansas City’s run defense has been better in the postseason, but it helped that the Chiefs had significant second-half leads. If the 49ers are in front, it’ll probably be Mostert, Mostert, and more Mostert.

Rushing/receiving touchdowns by a player in a Super Bowl

There are several candidates who could, at the very least, tie the record with a three-touchdown day.

San Francisco’s stingy defense could stymie the Chiefs’ playmakers from going off, though. No player scored three touchdowns against the 49ers in a game during the 2019 season. Only four managed two — including the Packers’ Aaron Jones in the NFC Championship.

Still, oddsmakers are expecting a shootout, so don’t rule anything out.

Most receptions by a player in a Super Bowl

In the last two seasons, Kelce has posted double-digit receptions in four career games, including the Divisional Round win over the Texans. San Francisco tight end George Kittle just had 13 receptions in a Week 15 game against the Falcons.

While neither player has ever hit 14 receptions in a game before, the tight end position could be a huge part of both offensive gameplans.

Kelce might be the pass-happy Chiefs’ way of cracking a 49ers defense that allowed the fewest passing yards in the NFL this season. Kittle might be the 49ers’ key to moving the chains and sticking to their run-heavy approach.

Most points all-time by a franchise in the Super Bowl

The 49ers used to dominate the Super Bowl record book. They went to five in a 14-year span and won all of them. Three of those were blowouts by margins of more than three touchdowns.

But in the last two and a half decades, the 49ers have only been to one Super Bowl and came out on the losing end. That opened the door for the Patriots and the Steelers, who are now have the most Super Bowl titles with six each. The 49ers can move into a three-way tie by getting a sixth Lombardi Trophy of their own.

San Francisco can take back its record for most Super Bowl points scored too. In six appearances, the 49ers have scored 219 points. That’s 27 behind the Patriots for first place and only two points behind the Cowboys for second.

Reclaiming the top spot is perfectly realistic. The 49ers have averaged 32.3 points in their last six outings, playoffs included.

The Chiefs played in the first and fourth Super Bowls. They then went five straight decades without winning the AFC.

Finally, Kansas City is back in the Super Bowl and it has a chance to win a second title, 50 years after its first one.

That’d be the longest stretch between Lombardi Trophies by a pretty significant margin. The Baltimore Colts won Super Bowl V during the 1970 season and didn’t win again until well after the franchise moved to Indianapolis. The Colts’ second Super Bowl title came with Peyton Manning in the 2006 season. That’s a long time to wait, but it still only comes in at 36 years. The Chiefs would set the bar 14 years higher.

At that point, the only team with a chance at breaking the record in the near future would be the Jets. They won Super Bowl III and haven’t been to the big game since. New York has finished with a winning record just once in its nine seasons, so that drought doesn’t look like it’ll be ending anytime soon.