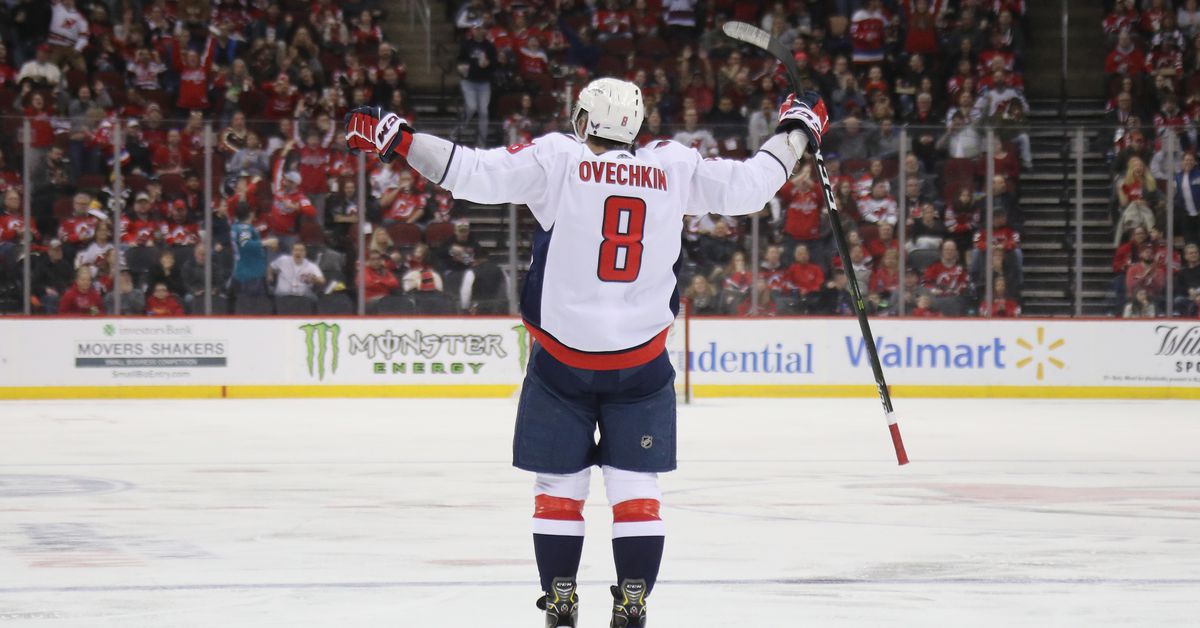 Washington Capitals captain Alex Ovechkin scored his 700th regular-season NHL goal on February 22 against the New Jersey Devils. In typical Great Eight style, he beat goaltender MacKenzie Blackwood with a slap shot from the faceoff circle, assisted by Evgeny Kuznetsov and Nick Jensen.The Capitals bench poured onto the ice to briefly celebrate with their captain before play resumed.

Ovechkin is only the eighth player in NHL history to reach the milestone. He now joins the likes of Wayne Gretzky, Gordie Howe, and Jaromír Jágr as one of the most productive goal scorers in the history of professional hockey.

The last player to reach 700 goals was Jágr, who did so in 2014, the 20th season of his NHL career. Ovechkin is in his 15th season and reached the milestone in 1,144 games. This makes him the second-fastest player in NHL history to do so.

Ovechkin was drafted first overall by the Capitals in 2004 and has played with the team for the entire duration of his NHL career, during which he has earned one Stanley Cup, 11 NHL All-Star Game invitations, and eight Rocket Richard trophies. He’s also represented Team Russia throughout his career and has won the IIHF World Championship three times.

At age 34, Ovechkin is still going strong. Despite his team’s subpar defensive performance during the 2019-20 season, Ovechkin has had an immensely productive few months and is reasonably on track to hit 50 goals for the ninth time in his career.

The fastest player to to ever reach 700, of course, was the Great One. Gretzky reached the milestone in only 886 games, which is a feat likely never to be surpassed, if only for the ways the game has changed since the 1980s, when Gretzky scored the bulk of his goals.

But Gretzky’s scoring finesse slowed once he hit his 30s due to back injuries and aging, and his career ultimately ended at age 38 with him holding the league record of 894 goals. While Ovechkin has slowed down, the difference hasn’t been nearly as noticeable. 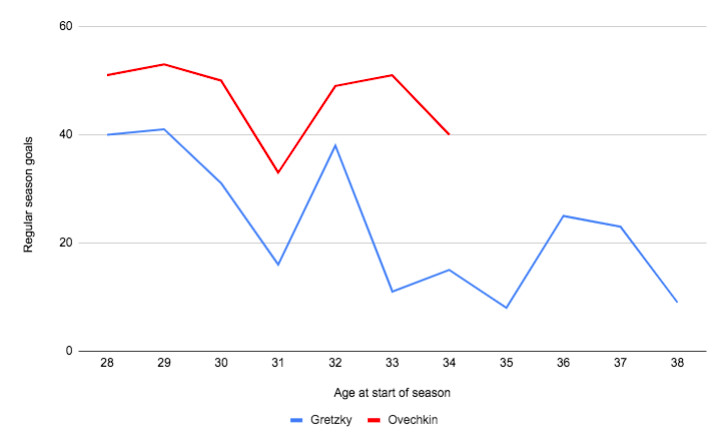 While Gretzky had a prolific (and likely unmatchable) start to his NHL career, Ovechkin’s greatest strength — and his greatest shot at beating the all-time goal record — is his consistency over time. If he were to remain healthy and play through age 38, he would need 45 goals per each remaining season to do it.

But Ovechkin has expressed his doubts over his likelihood of breaking the record. In 2018 he told a reporter in Russia he thought it was impossible for anyone to ever surpass it.

Gretzky has different ideas. In early 2020, he told NHL.com that Ovechkin has “a legitimate chance” of breaking his all-time record. He attributed this to Ovechkin’s health and his strong team.

In fact, much of Ovechkin’s success comes from his consistent 15 seasons with the Washington Capitals and especially in his longterm partnership with center Nicklas Backstrom, who has assisted 260 of those goals, according to NBC. That’s 37 percent of Ovechkin’s total. Yes, that’s a wildly high number. It’s also not a particularly surprising one, considering Backstrom had more assists than any other player in the 2010s.

Now that Backstrom has re-signed with the Capitals through 2025, Ovechkin’s recipe for success should remain fairly constant for a few more years, which increases his opportunity of being perhaps the only player capable of surpassing Gretzky.

Even if Ovechkin doesn’t come close to breaking the record, he’s still a once-in-a-generation kind of goal scorer due to his longevity and consistency. He’s the only player ever, after all, to lead the league in goals for eight seasons.

It’s unlikely another player will reach the 700-goal milestone any time soon. The next closest active player is San Jose Sharks forward Patrick Marleau, who, at age 40, would still have to score nearly 150 additional goals in his career to cross the threshold. It’s safe to say that it will be a long time before any player gets close to matching Ovechkin’s offensive mastery.

LeBron Once Got Wrecked in HORSE by Some Guy Named David