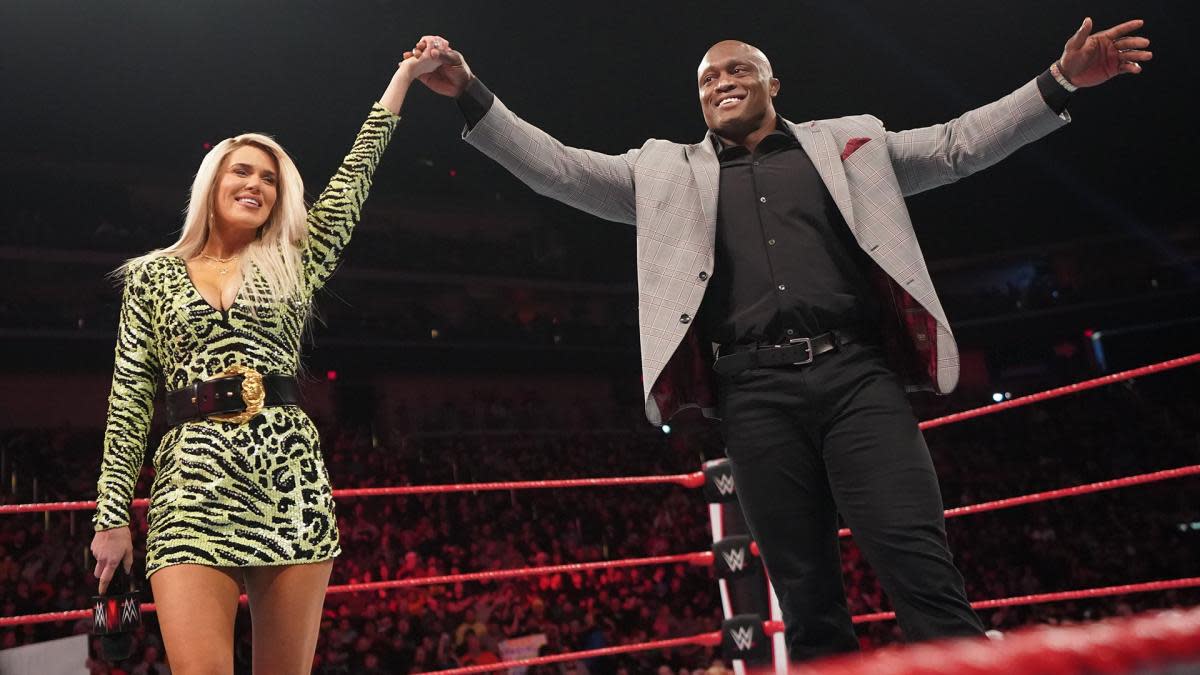 Bobby Lashley will play a major part in Monday’s episode of Raw as he is set to marry Lana.

Since returning to WWE in April of 2018, Lashley has enjoyed success in programs with Roman Reigns and Braun Strowman, but he has yet to reach the top of the card. WWE’s creative team has dedicated significant time to this story against Rusev, which has the potential to lead to main-event opportunities.

Lashley spoke with Sports Illustrated hours before Raw airs live on the USA Network, discussing the wedding storyline, comparing the differences between working with Lana and Lio Rush, as well as touching on his relationship with Paul Heyman.

Justin Barrasso: You have dedicated the majority of your adult life to perfecting your craft in wrestling. Did you ever imagine that your two most memorable storylines would be with Donald Trump at WrestleMania 23 and now a wedding with Lana?

Bobby Lashley: You never know what’s going to happen in this wrestling business. The Donald Trump thing was huge, it was enormous, and this one is going to be another crazy experience. I never know what to expect, but I’m riding the wave.

Barrasso: While a love affair with a married woman is typical for Hollywood, it is still a bit risqué for WWE in 2019. But have you noticed any extra attention, or hate, directed at this storyline with you and Lana because it portrays an interracial couple?

Lashley: Yes, I’ve experienced a tremendous amount of hate. We as a society come out and we’re anti-bullying, anti-hate, anti-this, anti-that, but I think we actually pick and choose who we hate and bully.

Because everybody still knows me, and knows what I do and what I’m capable of doing—what I’ve done in my career as far as the military, being a single father, putting myself through college, graduating with honors, and I could keep going. But I received a tremendous amount of hate here across the board personally for the things that, I guess, I do. It’s all over the board.

It’s from the fact that this is interracial, because I’ve had guys saying the n-word to me and, ‘I’m going to kill you, we’re going to get you when you come down south.’ I just kind of sit back and laugh about it. I’ve even experienced some people that are in the business of wrestling—tweeting things and posting pictures, and I just sit back and laugh. A lot of times we feel that the person being hated on or being bullied should be a frail person. But now you take somebody like myself and Lana, who is a gorgeous woman, and we don’t look like the typical people that are bullied.

Barrasso: One of the brighter sides of working with Lana is that it has given you the chance to have a prolonged feud with Rusev.

There are few athletes in the entire wrestling industry with your physique, strength, and versatility, but Rusev is also incredibly strong and multi-skilled in the ring. What has it been like to work with him?

Lashley: I think he’s incredible. Everything that’s going on has pumped him up a lot more, too. In-ring, it’s been phenomenal working with him.

Some of the guys that I go out there in the ring with, you can’t really beat them up that bad because they’ll fall apart. But somebody like Rusev, he can go. That’s why I’m excited about having more matches with him. He wants to fight, and I’m ready to fight. That’s all I’ve done my entire life.

Barrasso: Paul Heyman has been instrumental in this storyline. Many people do not know that you are a “Heyman Guy.” What helped build your relationship with Heyman?

Lashley: When I first started out, I came to OVW in 2004. There were a lot of different people who came through, and they were bringing different trainers and different writers putting the show together. I remember when Paul Heyman first came, he called me up in the morning and said, ‘Hey man, what are you doing? Let’s go eat breakfast.’ I’d never met Paul at this point, but we go and eat breakfast. It was unbelievable, we were there talking for four hours. I felt like I’d known him forever.

I didn’t know this at the time, but Paul saw me–this big, jacked up dude–and didn’t know me. And none of the other writers knew who I was. They were just writing on what they thought they knew of me–that I should be like Mr. T and run around like, ‘I pity the fool!’ But that’s not me. And that’s why Paul wanted to sit down and talk. He knew he needed to write for this guy, but he didn’t know who I was, and he wasn’t going to just guess. So we just sat and talked forever, and he said, ‘I get this guy.’ And he got me over in a short amount of time.

I’m a very subtle person. I come from a background where you shut up, you train, and you compete. That’s what Paul saw, and everything he did from then on was highlighting who I was, not trying to put me in a box that didn’t fit. That’s why I was so excited when he came [as the Executive Director of Monday Night Raw], because I knew he gets me, could write for me, and put me in the right position and place on the show.

Coming back now on the roster, it’s completely different across the board—how people act, how people get over, how the story is put together. Everything is so different. Right now, we’re trying to break me out of my comfort zone and have a little more fun.

Barrasso: Both are very talented, but what is the biggest difference between working with Lio Rush and Lana?

Lashley: I thought Lio was amazing. Part of the reason why me and Lio were taken apart was because it was working out too well. We weren’t bad guys. People liked what we were doing, and we started having a lot of fun with it. I don’t know why it was pulled, it was pulled for whatever reason.

Lana, on the other hand, Lana is a heat-seeker. People hate her and they love to hate her, and she loves every bit of it, and I love it, too. Me and Lana talk all the time about this—people are afraid to be hated right now. Not us. We don’t give a damn what people think, and that’s good for everyone else because, whoever we get in the ring with, people want to see them beat my butt and shut her mouth. But the bad thing about it is that nobody on the roster can.

Barrasso: There is a long history of on-screen weddings in WWE. Of course, all of those wedding are full of twists and turns, which tonight will undoubtedly be—are you ready for your moment?

Lashley: I can tell you–our wedding tonight is going to be the biggest thing that has ever happened on TV. People are going to be shocked from the beginning to the end.

Barrasso: Ultimately, people are interested in your storylines because they are genuinely invested in you. Can you use this storyline as momentum for a run with the Universal title or a program against Brock Lesnar?

Lashley: Absolutely, that’s the reason why I came back. After being gone for 11 years, a lot of the new crowd hadn’t seen me in WWE. Right now, in such a big role, it’s going to put more eyes on me.

2020 is the year to make a run for that big match. People have been talking about how me and Brock would be amazing, and there have been all kinds of different comparisons. If people want to hate me and put me as a heel against Brock, I’m 100% down for it. But at the same token, I think there is an opportunity for people to see what I’m doing with Lana and like it, and want to see me go after Brock. Regardless of anything else, that needs to happen.

Barrasso: What can we expect Monday with the wedding between you and Lana? Is it a fair guess to speculate that there will be some outside interference and interruptions?

Lashley: If somebody comes out there, I’m going to break them. I’m looking to get married and go on a honeymoon—maybe somewhere like Fiji, or somewhere like that, and put my feet up. And I know tonight is going to be the most exciting and crazy and chaotic thing you’ve ever seen, but hopefully, at the end of it, we can tie the knot and move forward.

Derrick Brown’s versatility can help turn around the Panthers