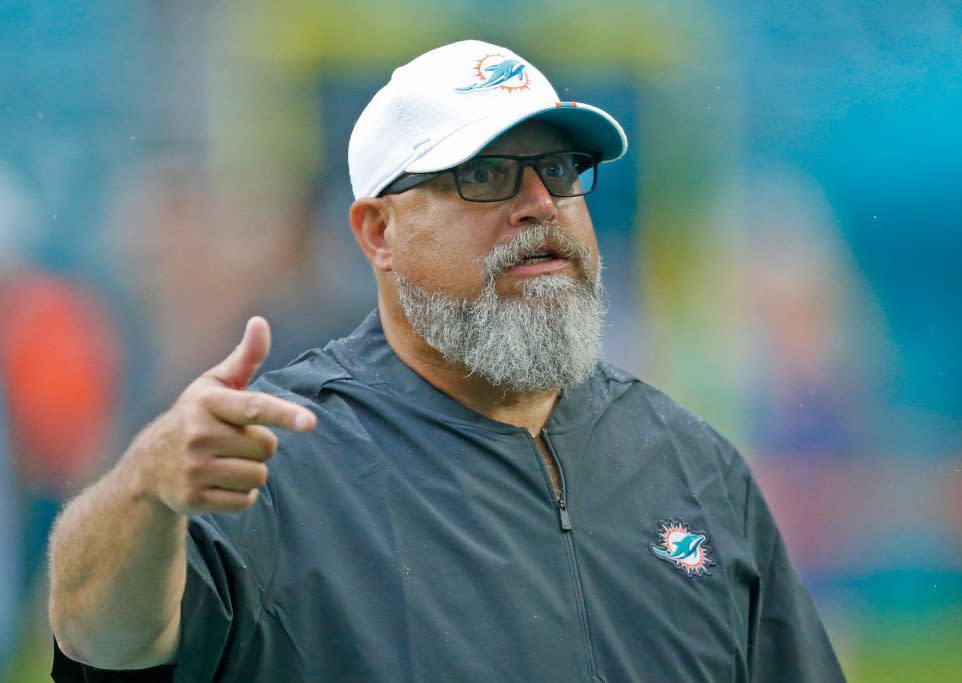 Miami Dolphins.”” data-reactid=”13″ type=”text”>“I want to thank Chad, Dave and Tony for their hard work and commitment this season,” Dolphins coach Brian Flores said in a statement. “This was not an easy decision but one I felt was best for the future of the Miami Dolphins.”

O’Shea recently completed his 17th season as an NFL coach. He spent one season as the Dolphins’ offensive coordinator, leaving the Patriots after 10 seasons as receivers coach.

DeGuglielmo re-joined the Dolphins as an analyst in 2019 before being promoted to offensive line coach last July. He just finished his fifth season and third stint with the team.

DeGuglielmo also served as offensive line coach for the Dolphins from 2009-11 and was a senior offensive assistant with the team in 2017.

Oden recently completed his 16th season as an NFL coach. He joined the Dolphins during the 2018 offseason as defensive backs coach. He was the safeties coach this season.