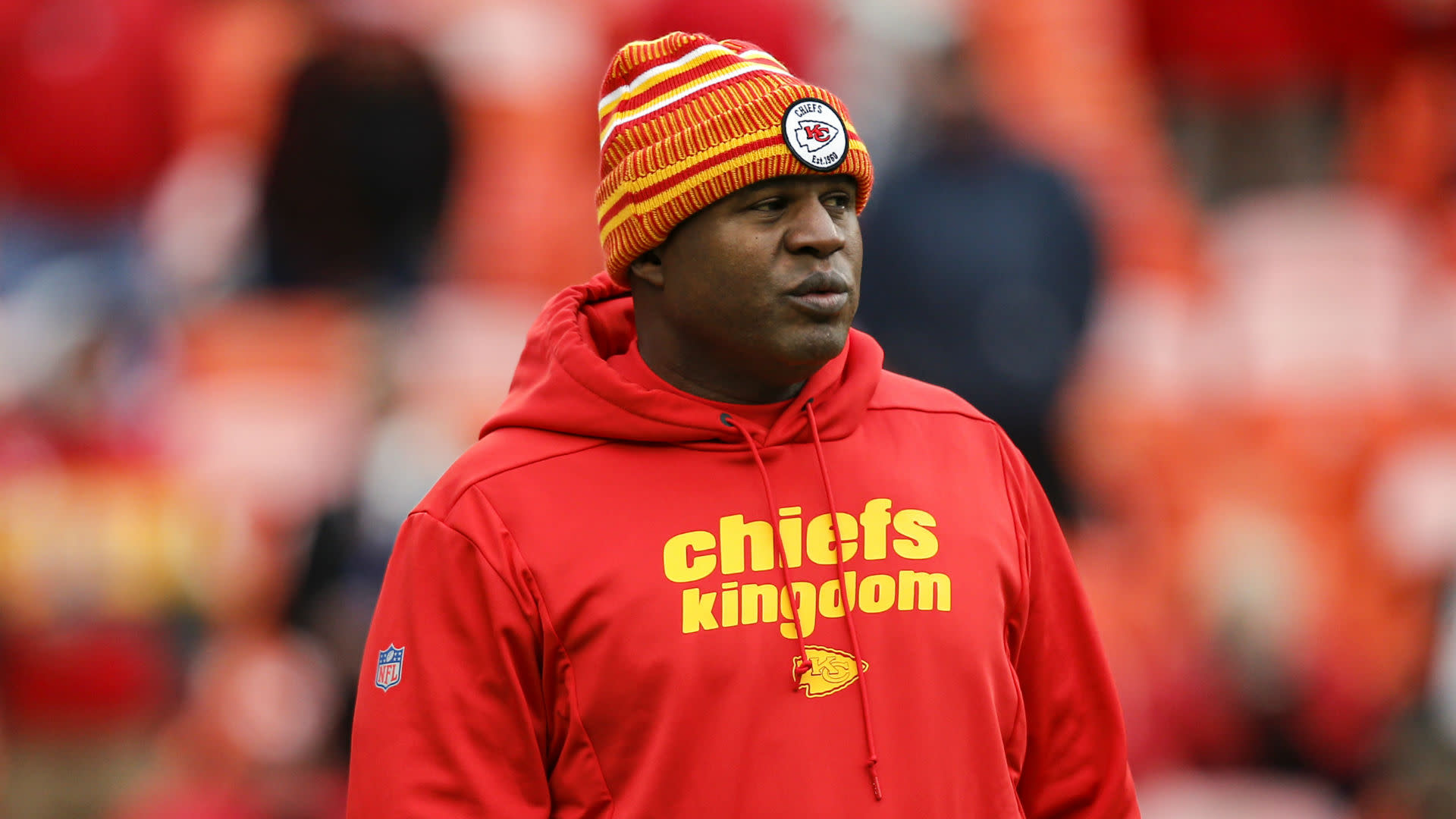 The Panthers and Giants are without head coaches after sacking Ron Rivera and Pat Shurmur respectively.

Highly rated offensive coordinator Bieniemy has been touted as a candidate for both teams, and Reid – whose Chiefs side on Sunday clinched a first-round bye for the playoffs – suggested the reports are true.

“I can tell you that you’re probably heading in the right direction,” Reid told a media conference on Monday when asked if the Panthers and Giants had been in touch over Bieniemy’s availability.

“As we sit here today, it’s that time of the year, but you know how I feel about Eric. I think he’d be tremendous.

“You’re not going to find people better than that and he’s got a sharp offensive mind on top of that. I’m a big fan, I don’t want to lose him, but realistically, that’s what it is.”

Reid confirmed safety Juan Thornhill will miss the postseason after sustaining an anterior cruciate ligament injury in the Chiefs’ 31-21 win over the Los Angeles Chargers on Sunday.

The Hockey World Mourns the Death of Colby Cave

Nick Saban Finally Learns How to Use Email