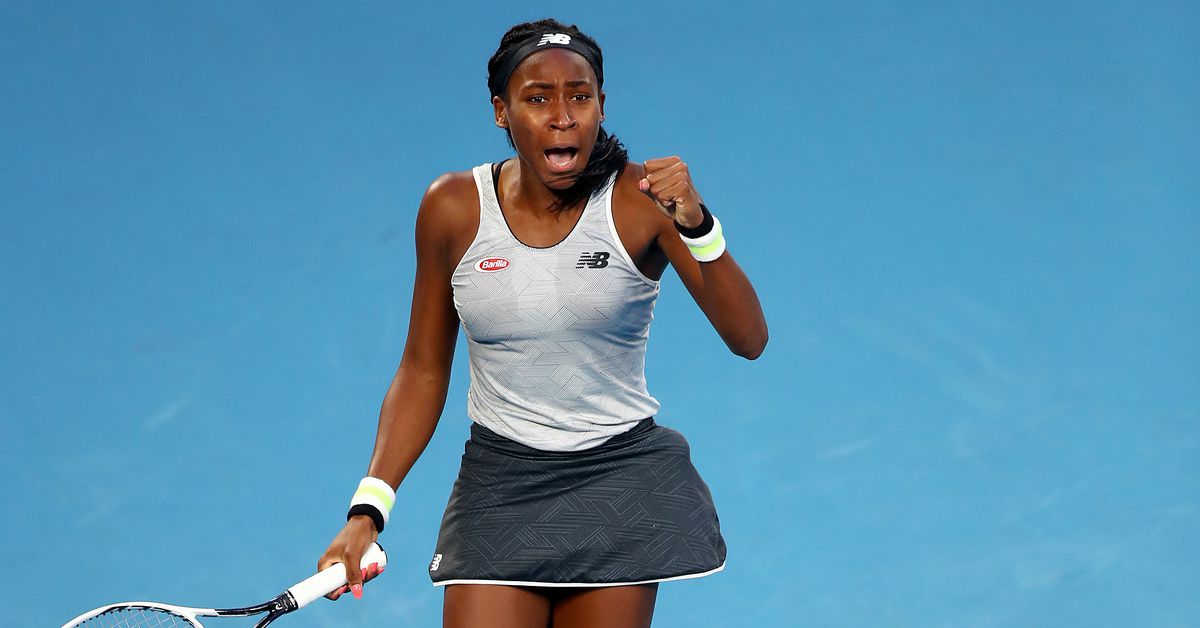 Coco Gauff, who is 15 years old, made her debut at Rod Laver Arena Friday, in what was supposed to be a spirited but ultimately comfortable defeat to reigning Australian Open champion Naomi Osaka. Instead, Gauff was on top from start to finish, pulling off a stunning 6-3, 6-3 victory.

The most impressive thing about Gauff’s triumph was how thoroughly in control she was. In the biggest moment of her career to this point, she placed all of her shots perfectly. By comparison, Osaka, the No. 3 seed and two-time major winner, was rattled. She was visibly frustrated every time she made a mistake, and on the second-to-last point of the game, made a desperation challenge on a shot that was out by a foot.

It would be unfair to call the win a gift for Gauff — tennis matches are frequently about who makes fewer unforced mistakes — but Osaka was undeniably poor. Commentator Chrissie Evert, an 18-time major winner, went so far as to call her play awful on the ESPN broadcast. Osaka made 30 unforced errors in just over an hour, and only managed to win 33 percent of points on her second serve. Shots that she would usually consider routine sailed long over and over again.

Gauff only needed to hit one ace and six winners to take the match in straight sets. She just calmly kept the ball in play and let Osaka finish the job for her.

The contrast between Gauff’s composure and Osaka’s lack thereof was shocking not just given Osaka’s resume, but the fact Gauff really is just a kid.

And yet, she convincingly outplayed Osaka on the main court at a major. Gauff rules.