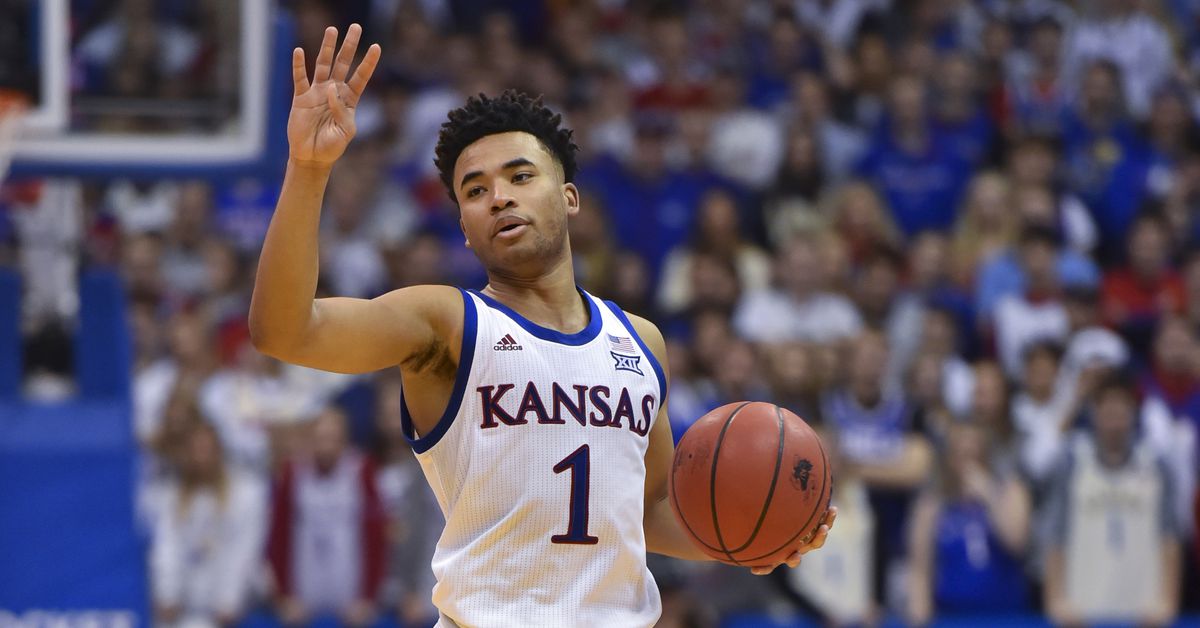 Devon Dotson is usually the smallest player on the floor regardless of who his Kansas Jayhawks are playing. He has never been a particularly good outside shooter in an era that emphasizes that skill more than any other, making just under 30 percent of his three-point attempts this season. He has started every game at point guard for the Jayhawks since arriving in Lawrence two seasons ago, yet he isn’t leading his team in assists.

It’s always been easier to consider what Dotson doesn’t do. The sophomore point guard has never even felt like the biggest story on his own team, often getting overshadowed by the improvement of hulking big man Udoka Azubuike and the lockdown defense of Marcus Garrett. But as the calendar prepares to flip to March, Dotson shoulders the Jayhawks’ greatest hopes to win their first national championship since 2008. There’s a case to be made that he might even be the best player in the sport.

Dotson is currently No. 1 in KenPom’s national player of the year rankings as Kansas has won 11-straight games after knocking off top-ranked Baylor this weekend. If it feels like Dotson has been slept on a bit to this point, that’s likely to change soon. There is a massive opportunity for him to stake his claim as a First Team All-American while firmly placing his name among the best point guards in Kansas history. He can also boost his NBA stock that is starting to trend upward even if it doesn’t have much momentum just yet.

In what has been a wide open year in college basketball from the very start, a player like Dotson and a team like Kansas can be the story of the season, even if no one realizes it yet.

Dotson is a natural-born scorer

There was always going to be a scoring vacuum to fill at Kansas this season as Dedric Lawson, LaGerald Vick, and Quentin Grimes left the program. Dotson has stepped up in a big way. After averaging 12.3 points per game as a freshman, he’s currently the Jayhawks’ leading scorer by putting up 18.4 points per night. He’s scored 15 or more points in 21 of 25 games this season.

Dotson is known mostly for his speed. He might be the fastest player in college basketball going from end-to-end with the ball in his hands. Dotson isn’t just fast, though: He’s strong enough to absorb contact at the rim and skilled enough to finish efficiently.

Dotson is taking 49.7 percent of his field-goal attempts at the rim this season and is making 65.6 percent of them, per hoop-math. He is a fearless driver who can create separation with his first step, but also with a crossover or spin move. He has soft touch to finish on drives or make free throws when he creates contact, draining 81 percent from the foul line on nearly six attempts per game.

Dotson has scored efficiently in both isolations and pick-and-rolls this year, scoring in the 82nd and 78th percentile respectively. He’s also becoming more effective off the ball in situations like the clip above. On handoffs, Dotson grades out as “excellent” by finishing plays in the 94th percentile.

Kansas’ offense is designed to get Dotson going downhill where he can be put in advantage situations and use his speed to get a step on the defense. Combine it with great finishing and ability to get to the line, and you have the makings of a primary scoring option in March.

Dotson is a high-IQ defender who plays with an edge

Dotson might not have the physical tools of a great defensive point guard standing at 6’2 with a 6’3 wingspan, but he is exactly that. On a Kansas team stacked with perimeter defenders who excel at applying ball pressure, Dotson is making a name for himself for his ability to force turnovers and get out in transition.

Dotson has a friendly competition with teammates Marcus Garrett and Ochai Agbaji on who can get the most steals. Right now he leads the team at 2.1 steals per game to go along with a steal rate of 3.6 percent that ranks No. 60 in the country.

Here are two plays that show Dotson’s defensive intensity and nose for the ball:

Dotson is never going to fill the ‘stopper’ role defensively because of his size/length limitations, but he can play effective team defense because of his awareness and his ability to always play with an edge.

Dotson currently grades out in the 86th percentile in the country defensively, per Synergy Sports. While that can be a noisy stat, there’s no denying he’s played a key role in a Kansas defense that is currently No. 2 in the efficiency rankings. Defense isn’t all about size, and Dotson is proving that during his sophomore year at Kansas.

Dotson could breakout in March

Is Dotson the best player in college basketball? While he sits atop the KenPom player rankings late in February, he’s far from a consensus choice. Dayton’s Obi Toppin, Seton Hall’s Myles Powell, Iowa’s Luka Garza, Michigan State’s Cassius Winston, and Duke’s Tre Jones and Vernon Carey Jr. are also in the mix. But if nothing else, Dotson has firmly placed his name in the discussion.

The NBA hype has yet to come for Dotson, but there’s still time. He’s currently projected as the No. 47 pick in the draft by ESPN. A big March run could shoot him up draft boards. There will be some comparing his game to Fred VanVleet, another shorter point guard who had a great college career but slipped through the NBA cracks. Like VanVleet, Dotson plays bigger than his size. While Dotson is a better athlete than VanVleet, he doesn’t yet have a reliable jump shot to fall back on.

Kanas is currently one of three teams that ranks in the top 10 of both offensive and defensive efficiency (Duke and San Diego State being the others). There is no clear favorite heading into March, but the Jayhawks are as talented as any team in America. However far they go, Dotson will be the engine that takes them there.