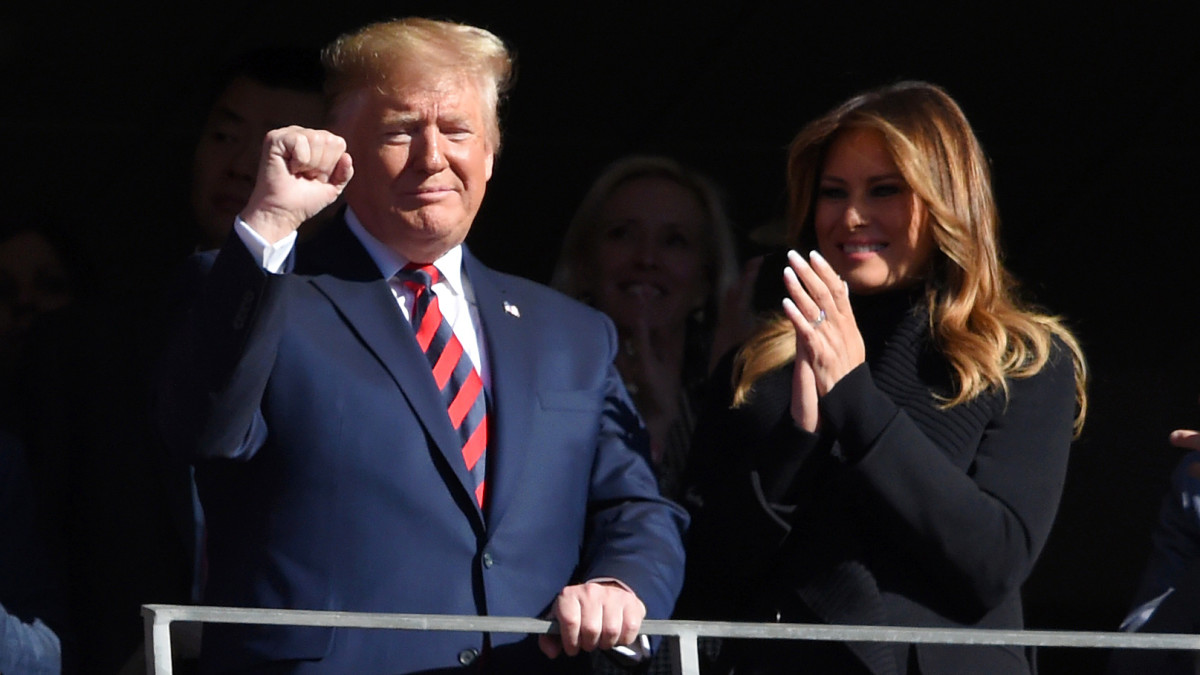 Ed Orgeron is used to receiving congratulatory messages and calls after any big win. That was the case again following LSU’s rout of Oklahoma in the CFP semifinal Saturday. However, one call stood out from the rest—it came from the president of the United States.

Donald Trump phoned the Tigers third-year coach Monday, several sources told Sports Illustrated, presumably to congratulate him on his team’s 63–28 victory over the Sooners in the Peach Bowl. The win propelled No. 1 seed LSU (14–0) to the national championship game against No. 3 Clemson (14–0) on Jan. 13 in New Orleans. It is not clear if the president plans to attend the game. He appeared at the 2017 national championship game, when Alabama stormed back to beat Georgia in overtime.

Details of the conversation between Orgeron and Trump remain private. Messages left with both White House and LSU spokespeople were not returned.

Trump, LSU and Louisiana have been interconnected in a variety of ways. He attended an LSU game already this season, watching the Tigers upset Alabama in November from a midfield suite at Bryant-Denny Stadium in Tuscaloosa, Ala. During a radio interview, he commented on LSU’s Heisman Trophy–winning quarterback, Joe Burrow. Louisiana is a strong base for the president. He won 58% of the vote in the 2016 presidential election, receiving more individual votes than any previous candidate on a Louisiana ballot. He’s remained popular in the state amid his re-election campaign and despite the impeachment.

He’s embraced Louisiana in such a way that the state’s largest newspaper, The Advocate in Baton Rouge, published a story in November under the headline “Donald Trump loves Louisiana; many Louisiana leaders love him back.” Trump has taken six trips to the Pelican State in the last year, according to the outlet, using various complimentary words to describe Louisiana. “I love the state. I love the people. I love the whole thing,” he said at one function. Trump has taken a liking to Louisiana’s Republican leaders, too, befriending most of all House Minority Whip Steve Scalise, even calling him “My Steve” at times.

Trump’s call comes at an interesting time politically. Orgeron shares a close relationship with Louisiana Gov. John Bel Edwards, a Democrat, who won re-election this fall over a Trump-backed Republican, Eddie Rispone. Sports Illustrated detailed the connection between Orgeron and Edwards in a story published in October, a pair of Louisiana natives who have bonded for both personal and political benefits. Edwards has attended multiple LSU games this season, including the semifinal win over Oklahoma. The governor posted on his Twitter a photo of Orgeron and him shaking hands during the postgame celebration.

Orgeron is registered in Louisiana as an Independent.

The XFL just shut down, and it doesn’t sound like it’s returning