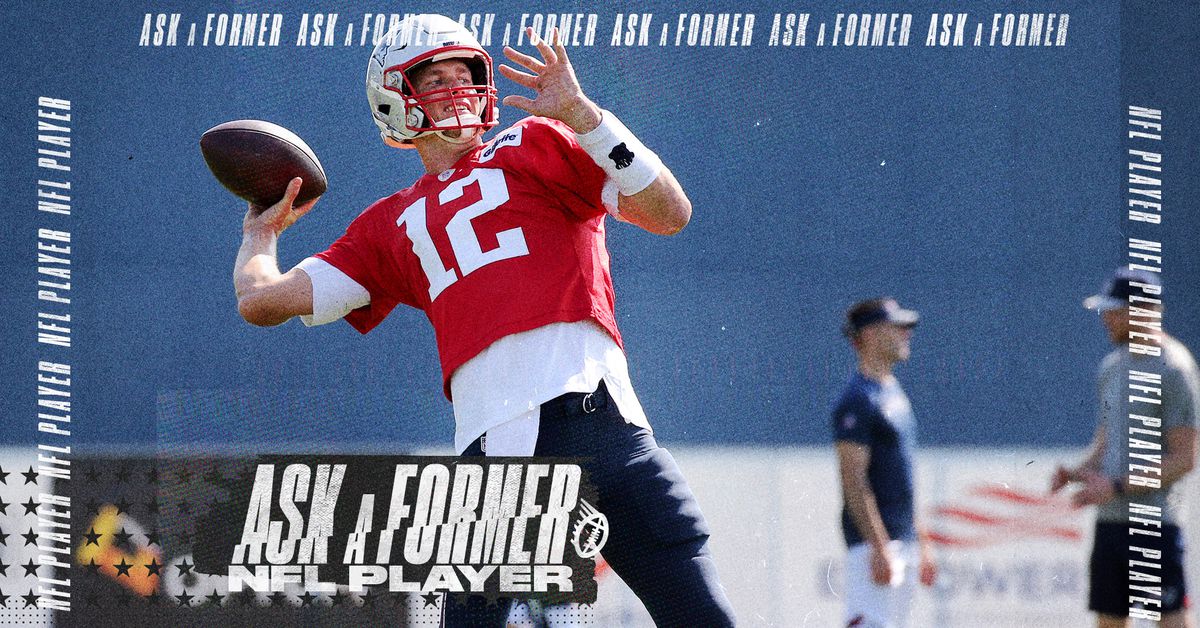 Thank you, NFL, for not shutting down business this week. Otherwise, we’d have no sports to talk about. Mostly, I’m thankful we’ve had an opportunity to devour free agency and take a break from reality.

Be sure to check out SB Nation’s free agency coverage, including the best and worst moves, the top 100 free agents and where they’re signing, grades, changes to the quarterback landscape, and best available free agents.

The biggest news of the week was Tom Brady signing with the Buccaneers, and I’ll start the mailbag with that.

How long does it take a normal QB to assimilate to a new system? How long for a Brady type? Or will the Bucs just install his system, in which case how long before the team catches up to what he wants? — @apatheticjudge

I’ve played in new offenses in 2011 (I was hurt, but I got to witness it), 2013, and 2014. I’ve felt throughout my career that it takes eight to 10 weeks for a new offense to get rolling in the regular season. I had this theory for a while, but I never discussed it with a coach until I asked Bruce Arians this question on NFL Radio when he took the Tampa job. He agreed with me.

It takes time to get the offense running like a well-oiled machine because you need game reps to truly figure out what you’re good at it, and how to run your plays against every defense. When coaches install their new plays, they have their favorite ones.

I remember in 2013, my offensive line coach loved the “power” play. Our bye was after Week 9 and we did a self scout of our best runs. Power was the worst one we called regularly. So we stopped running power and just ran what worked for us. The same applies to the passing game and the offensive structure in general. Excellent coaches will adjust their gameplan and playcalling to what the players are best at running.

With Brady entering a new offense, this timeline might be adjusted because of his years in the league and the experienced weapons around him. We don’t know if the offense will be Arians’ offense with influence from Brady, or Brady’s offense with Arians mixed in. Probably a happy medium, with offensive coordinator Byron Leftwich having a strong say in what happens.

Even with Brady’s experience, the offseason likely being cut short because of Covid-19 will hamper things. I’m sure Brady will put together throwing sessions to work with his receivers, which will help him connect individually with his new targets, but that probably doesn’t help much for learning the new offense.

The best hope is Brady in 2020 turns out like Peyton Manning in 2013. In his first season in Denver, the Broncos had a record-setting season where Gary Kubiak let Manning run his offense.

Geoff, who do you think will be the first tackle taken in the draft, to where and why? — @Chetti60

This is a fantastic offensive tackle draft class, maybe the best in years. It appears the first opportunity for an offensive tackle to be drafted would be at No. 4, where the New York Giants are picking. Assuming there are no trades, the Bengals, Washington, and Lions aren’t going to pass up on a quarterback, Chase Young, or a defensive player, respectively. That’s why I think it’ll be the Giants who take a tackle.

The best tackle is Alabama’s Jedrick Wills. Both Stephen White and Lance Zierlein of NFL.com are great at draft evaluations, so it’s worth reading their profiles on Wills.

It’s possible combine freak Mekhi Becton, all 364 pounds and 17 percent body fat of him, could be the first tackle taken. But, he’s more raw than Wills and you know where I stand on this: draft the best, not the one with the most upside. So I’ll go with Wills to the Giants with the fourth overall pick.

Kansas vs. Baylor: 3 things we learned from Jayhawks’ thrilling upset