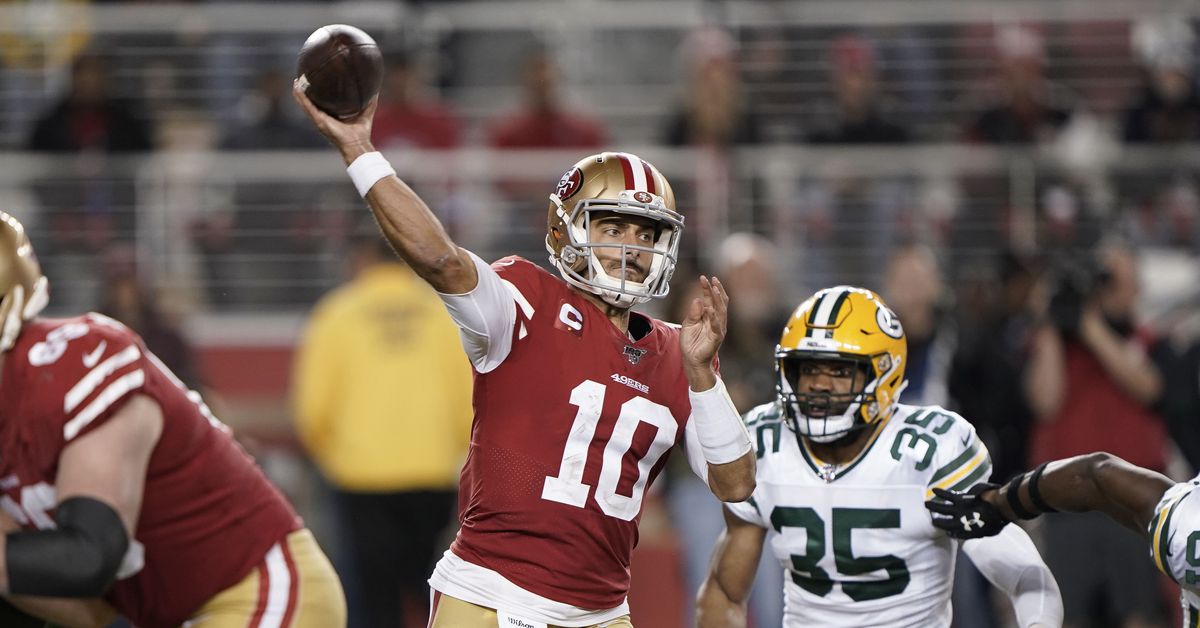 Entering the last week of the 2019 season, we still largely didn’t know what the NFC’s playoff bracket would look like.

Sure, we knew who the teams would be: the Packers, Vikings, Saints, 49ers, Seahawks, and the NFC East winner. But other than the sixth (Minnesota) and fourth seeds (Philadelphia), we didn’t know who was going where.

San Francisco, once the league’s last unbeaten team, had the inside track toward the conference’s top seed and the homefield advantage that comes with it. Three other clubs — Green Bay, New Orleans, and Seattle — were all on the Niners’ heels. Any could’ve wound up atop the NFC to ensure the path to the Super Bowl leads through their home stadiums.

In the end, the 49ers and Packers came out with the top two seeds. How did they get there?

How the 49ers earned the No. 1 seed and homefield advantage in the NFC:

That’s it. The Niners had already lost to Seattle this fall — and at home, no less. But that game was, well, weird … and didn’t define the outcome of the rematch. The 49ers got their revenge, in a game of literal inches. Their win Sunday night means Santa Clara is the prospective host of the NFC title game. This is a major win for the conference’s least-intimidating home crowd.

The Niners will now host every playoff game they play.

How the Packers could’ve earned the No. 1 seed and homefield advantage in the NFC:

Green Bay already had one win over Detroit on its resume, and that came well before the team was forced to start undrafted rookie David Blough at quarterback. The Lions hadn’t won a game since October, but were looking for revenge after their Week 6 loss in Green Bay was marred by a barrage of bad calls.

Despite Detroit leading most of the way in Week 17, the Packers came back to win 23-20. That guaranteed them a bye. The Seahawks’ loss to the 49ers put Green Bay in the No. 2 seed. The Packers will only play an NFC road game if it comes against the 49ers.

While most of the NFC would like to avoid a scenario where they have to play outside in northeastern Wisconsin in January, the Packers haven’t been as dominant in the postseason as their frigid backdrop suggests. Aaron Rodgers is only 3-2 at home in the playoffs since 2010. His only Super Bowl win came after winning three straight road games during that 2010 season.

How the Saints could’ve earned the No. 1 seed and homefield advantage in the NFC:

Those three things needed to go right for New Orleans to claim homefield advantage for the second straight season. The first happened, but the third did not, despite one enterprising Saints fan (and car dealer) offering David Blough a free truck if he came through.

Fortunately for New Orleans, the team can still earn a pass through the Wild Card Round.

How the Saints could’ve earned the No. 2 seed:

Two of these three things happen:

The Saints took care of business against the Panthers, but the other two didn’t happen.

Although New Orleans won’t get a bye, it will host its first playoff game in the Wild Card Round. Drew Brees is just 1-5 in the playoffs on the road. His only Super Bowl came after back-to-back wins in the Superdome after the 2009 season.

How the Seahawks could’ve earned the No. 1 seed and homefield advantage in the NFC:

Seattle’s path to the No. 1 seed got much more difficult after Week 16’s surprising loss to the Cardinals. Heading into Sunday night, the Seahawks would have gotten the third seed (and a home game in the Wild Card Round) with a win over the Niners. Instead, they hold the fifth seed with a loss.

They haven’t been great at CenturyLink Field this season (they’re 4-3, with one of those wins coming in overtime vs. the Buccaneers), but Carroll has never lost a home game in the postseason in Seattle.

Want all these potential outcomes laid out for you in a spreadsheet? Thankfully, the NFL’s research arm has you covered.

It all came down to Week 17 — and literally one inch in an instant classic between the 49ers and Seahawks on Sunday Night Football.

Serena-Wozniacki match postponed due to COVID-19

Gundy Says ‘A Lot of’ Players Can Fight Off COVID-19