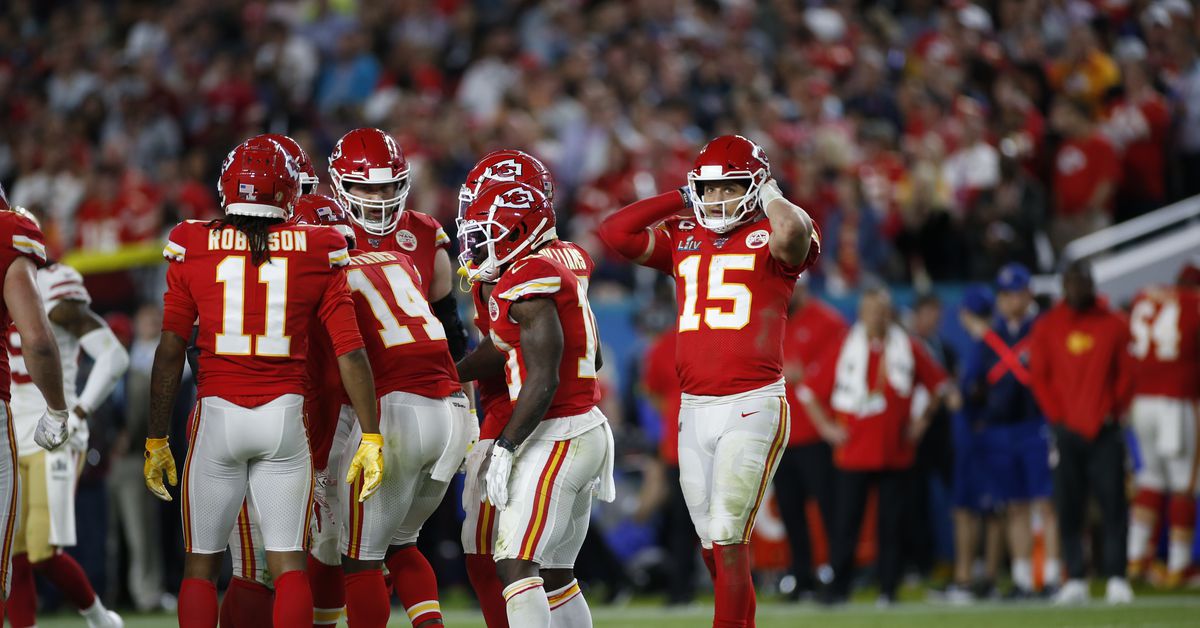 The NFL has proposed a collective bargaining agreement that would alter the way the postseason works. Under the new CBA, the field of playoff teams will grow from 12 to 14.

The CBA proposal still needs to be approved by players before it goes into effect, but if it gets the green light just one team from each conference will be able to earn a first-round bye.

A third wild card berth will add mostly mediocre teams to the playoffs. Had the rule change been in place last season, the Super Bowl champion Kansas City Chiefs would’ve had to play the 8-8 Pittsburgh Steelers on Wild Card Weekend.

Would that have changed anything, though? Let’s imagine how the last three postseasons would’ve shaken out if it there had been a 14-team field:

Kansas City narrowly topped the Patriots for the second seed in the AFC, but that wouldn’t have resulted in a bye in this format.

The addition of the Steelers and Rams probably doesn’t change much.

No NFL result is a given. There’s certainly a chance the Steelers or Rams pull off an upset. But in this hypothetical, we’ll assume the Chiefs and Packers survive an extra game each.

The most significant difference is that neither team enters the Divisional Round with a week’s worth of rest. The Chiefs aren’t quite as healthy when they host the Texans, nor are the Packers against the Seahawks.

In real life, Kansas City pulled off three double-digit comebacks to win the Lombardi Trophy. That’s more difficult with another game to play.

If anything, this proves a 14-team playoff could play out exactly the same as one with 12 teams. The Ravens were the No. 1 seed in the AFC and went down anyway to the sixth-seeded Titans.

Kansas City won all three of its playoff games by at least 11 points. Even with a slightly tougher path, the best bet is that the Chiefs still win it all.

While the 2019 Steelers weren’t very intimidating with Mason Rudolph and Devlin Hodges at the helm, the 2018 Steelers were different. They had a healthy Ben Roethlisberger and finished the season 9-6-1. Pittsburgh did beat New England in a pivotal Week 15 matchup, though knocking off the Patriots in Foxboro is a tall order.

The extra week of rest also helped the Patriots, a team with 41-year-old quarterback Tom Brady, better prepare for its postseason run. New England barely made Super Bowl 53 by pulling off a come-from-behind overtime win against the Chiefs in the AFC Championship. Even a little more wear and tear probably prevents that result from coming to fruition.

The Rams also got to the Super Bowl by the skin of their teeth. They needed a horribly blown call and overtime to beat the Saints in the NFC Championship. Can they do the same thing in this alternate universe after a wild card matchup against the Vikings two weeks prior? Probably not.

Not a whole lot. The Saints and Chiefs were the two No. 1 seeds and cruised through the Divisional Round. That still happens here, but now they’re better positioned to actually win their respective conferences and make the Super Bowl.

With so many close overtime results, it’s likely that the teams with first-round byes would’ve reigned supreme. Kansas City vs. New Orleans is our new Super Bowl, a much more exciting matchup than the Patriots’ 13-3 snoozefest win over the Rams. We’ll give the Saints the edge due to experience.

Detroit hasn’t won a playoff game since January 1992. In the 28 years since, the Lions have lost on Wild Card Weekend eight times. If the NFL playoffs had 14 teams during the 2017 season, the Lions would’ve had a chance to snap that misfortunate streak.

Minnesota lost just three games in the 2017 season. Its only home loss was when the Lions came to town. Then, the Vikings got their revenge in Detroit on Thanksgiving.

In a 14-team postseason, the Vikings would’ve had to win a rubber match against Detroit. It could’ve been the Lions’ 10th consecutive playoff loss. But, hey, let’s throw them a bone and say they win. There’s a chance that changes a lot.

In the real timeline, Minnesota eliminated the Saints via a Minneapolis Miracle. Now New Orleans gets a home game against the seventh-seeded Lions. We’ll call that a ticket to the NFC Championship against the Eagles. That’s a hell of a matchup, but we’re still siding with Philadelphia’s Nick Foles magic.

Just about everything else.

Even with a bye, the second-seeded teams didn’t have much success. The Vikings followed the Minneapolis Miracle by getting blown out in the NFC Championship. Pittsburgh didn’t even get through the Divisional Round.

The No. 1 seeds met in the Super Bowl, and there’s no reason to think that isn’t the case in this scenario too.

Adding two more teams to the NFL playoffs would be a significant boost for No. 1 seeded teams, who become now the sole beneficiaries of a week off. However, the Ravens’ loss to the Titans in January is more than enough evidence that a first-round bye isn’t a free ticket to the Super Bowl.

Ultimately, the reshaped postseason could look a lot like the 12-team version the NFL has had for three decades. But even the little curveball of two more teams probably would’ve altered some recent Super Bowl results.