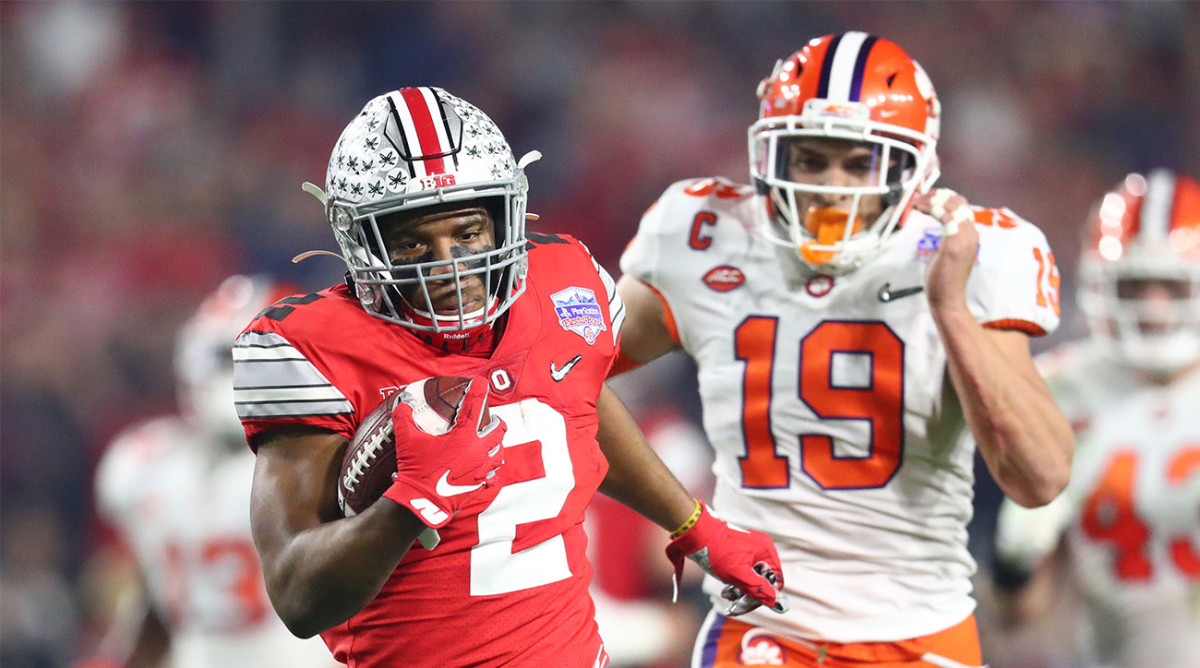 Despite the Buckeyes losing to Clemson 29–23 on Saturday night in the Fiesta Bowl, Dobbins ran for 174 yards to break Eddie George’s Ohio State’s school record for most rushing yards in a season, finishing 2019 with 2,003 yards.

The junior RB will end his career with nearly 4,500 yards, having recorded more than 1,000 yards in each of his three seasons.

“Dear Ohio State, Thank you for everything,” Dobbins wrote in his declaratory statement. “Coming to Ohio from Texas has been nothing short of a dream. I’ve built relationships that will last me a lifetime at this great university. I’ve created bonds with my brothers on the teams for the past three years that will never be broken.

“With that being said, and after a tough decision, I’ll be forgoing my senior season and will end the 2020 NFL draft.”

Dobbins is projected to be one of the first running backs taken.

Derrick Brown’s versatility can help turn around the Panthers