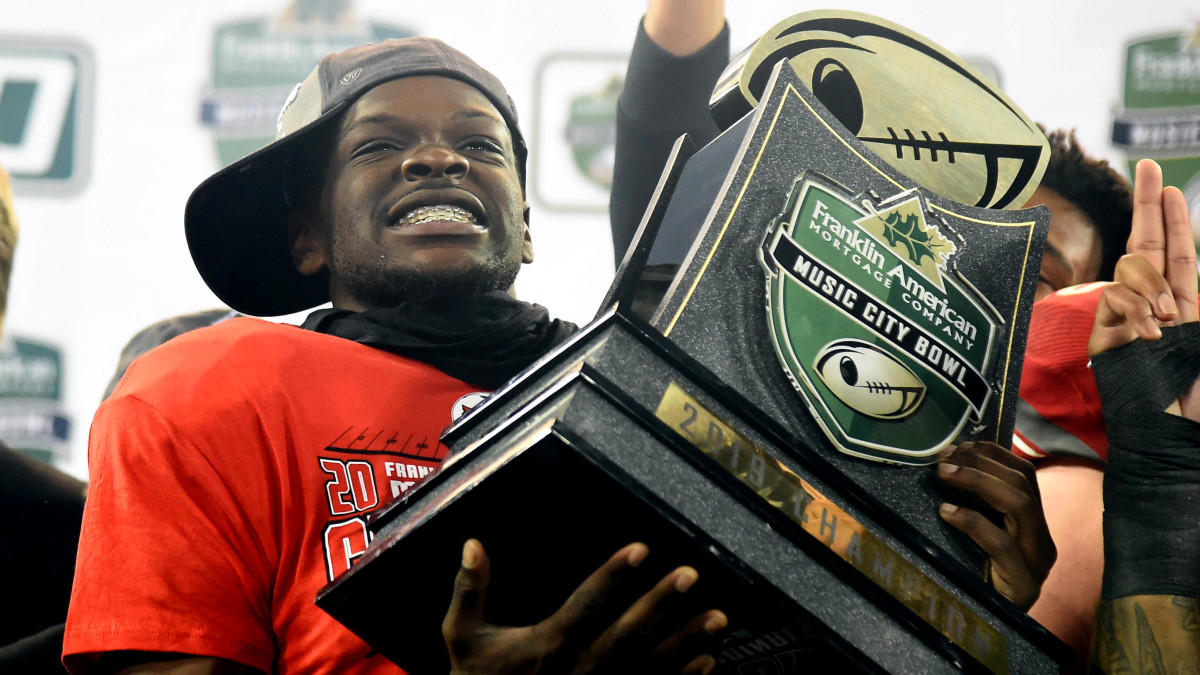 The Cardinals (8-5) rallied from a 14-point deficit by scoring 31 straight to finish their big turnaround from 2-10 last season. Louisville also finally beat Mississippi State on the field for the first time in six tries, though the series now is tied 3-3 thanks to a pair of forfeits by the Bulldogs in the 1970s.

Mississippi State (6-7) had been trying to finish the season with a three-game winning streak for the first time since 2013 and only the third time since the end of World War II. Instead, the Bulldogs go home having lost a bowl game in each of coach Joe Moorhead’s two seasons.

The Cardinals had four sacks and recovered two fumbles, one returned 31 yards for a TD by safety Khane Pass.

Javian Hawkins led Louisville with 105 yards rushing, and he ran for a TD late. The Cardinals outgained Mississippi State 510-366.

Louisville was poised to take control on its opening drive, going from the Cardinals 3 down the field. Cunningham hit Dez Fitzpatrick on a 19-yard pass only to be stripped of the ball by linebacker Willie Gay Jr., with linebacker Tim Washington recovering for the Bulldogs just short of the end zone.

Louisville finally got on the board with a bit of trickery. Micale Cunningham lateraled left to wide receiver Tutu Atwell, who threw back across the field to a wide-open Marshon Ford, who then ran in for a 33-yard TD midway through the second. Ryan Chalifoux added a 31-yard field goal as the first half expired to pull Louisville within 14-10.

Cunningham put Louisville ahead to stay with a 24-yard TD pass to Devante Peete with 5:01 left in the third. Pass scored when he recovered the ball after Gary McCrae chopped it out of Stevens’ arms. Cunningham added an 8-yard TD pass to Ford early in the fourth for a 31-14 lead.

Mississippi State: Junior running back Kylin Hill, the Southeastern Conference’s leading rusher with 1,347 yards, stuck around for this bowl despite his plans to enter the NFL draft. Hill came in needing 45 yards to break the Bulldogs’ single-season rushing record held by Anthony Dixon, but he finished with 3 yards on seven carries.

Louisville: The Cardinals lost their starting middle linebacker Dorian Etheridge early in the second quarter. The linebacker’s left leg was under Bulldogs tight end Geor’quarius Spivey, and Etheridge tried to jerk his leg free and then kicked at Spivey trying to get free. It didn’t matter, not with an offense filled with so many playmakers. Atwell caught nine passes for 147 yards, setting the single-season record with 1,276 yards receiving.

Mississippi State: Moorhead does have quarterback Garrett Shrader for next season after an upper-body injury kept the freshman out of this game.

Louisville: The future is very bright for Satterfield’s second season with much of his starting offense back led by Cunningham, Hawkins and Atwell.

How do I get into woodworking without losing a finger?