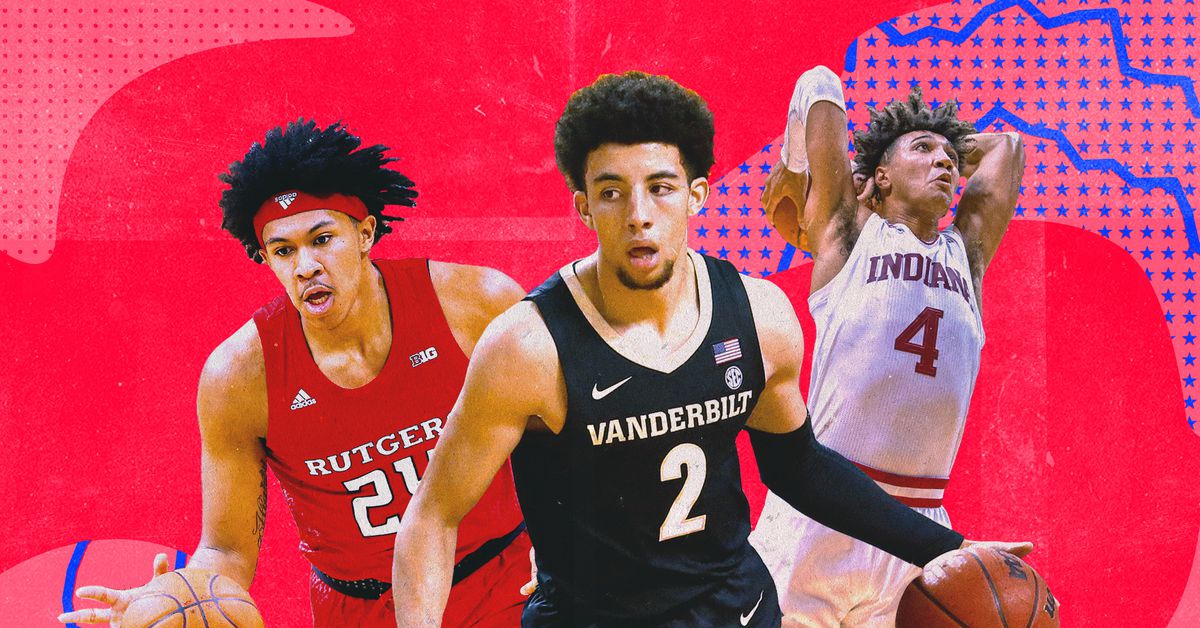 Want to feel old? The offspring of NBA players you grew up watching are taking over college basketball, and the trend isn’t stopping any time soon.

This is not a particularly new phenomenon, of course. Genetics matter! There are second-generation NBA players currently sprinkled all over the league, with Stephen Curry (son of Dell Curry) and Klay Thompson (son of Mychal Thompson) leading the way. We’ve seen Larry Nance Jr., Jaren Jackson Jr., and Glenn Robinson III. Tim Hardaway and his son, Tim Hardaway Jr., can both call themselves teammates of Dirk Nowitzki on the Dallas Mavericks before he retired.

College basketball players whose fathers played in the NBA 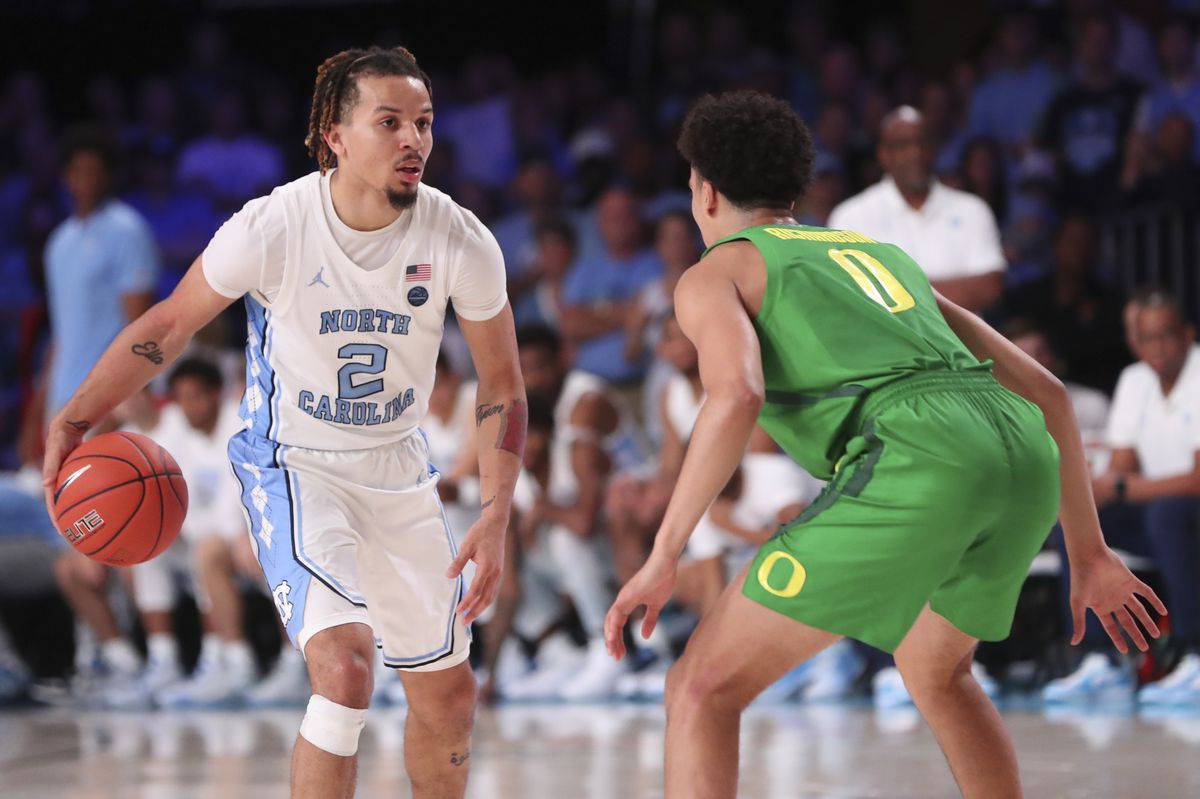 Anthony was one of the top recruits in the country, and will be one of the top picks in the 2020 NBA Draft. A 6’3 point guard who can score at will when he’s hot, Anthony’s freshman year at North Carolina hasn’t gone as planned. A torn meniscus has kept him out since early December, and UNC is currently in the basement of the ACC without him. Fortunately, his career has so many better days ahead.

Anthony’s father, Greg Anthony, was a star for UNLV’s 1990 national champions, and the 1991 team that started 34-0 before losing to Duke in the Final Four. He was the No. 12 pick in the 1991 NBA Draft by the New York Knicks and went on to enjoy a long pro career.

Mannion is another top recruit who should be a lottery pick in the 2020 NBA Draft. The point guard has had a productive season at Arizona as a freshman, averaging 14 points and six assists per game. He has been on the radar for years (Sports Illustrated wrote an exhaustive profile of him as a 15-year-old), and he has lived up to the hype.

Mannion is the son of Pace Mannion, a former star at Utah who was a second-round pick in the 1983 draft and enjoyed a journeyman career throughout the ‘80s.

Jackson-Davis has quietly been one of the best freshmen in the country. A 6’9 big man for Indiana, Jackson-Davis is a highly efficient scorer, a monster offensive rebounder, and a skilled shot blocker. His 66.4 true shooting percentage is one of the nation’s best among full-time players. If he isn’t on NBA radars yet, he should be. Jackson-Davis is the son of Dale Davis, the former Indiana Pacers forward who played in the league until 2007 after getting drafted in the first-round in 1991. 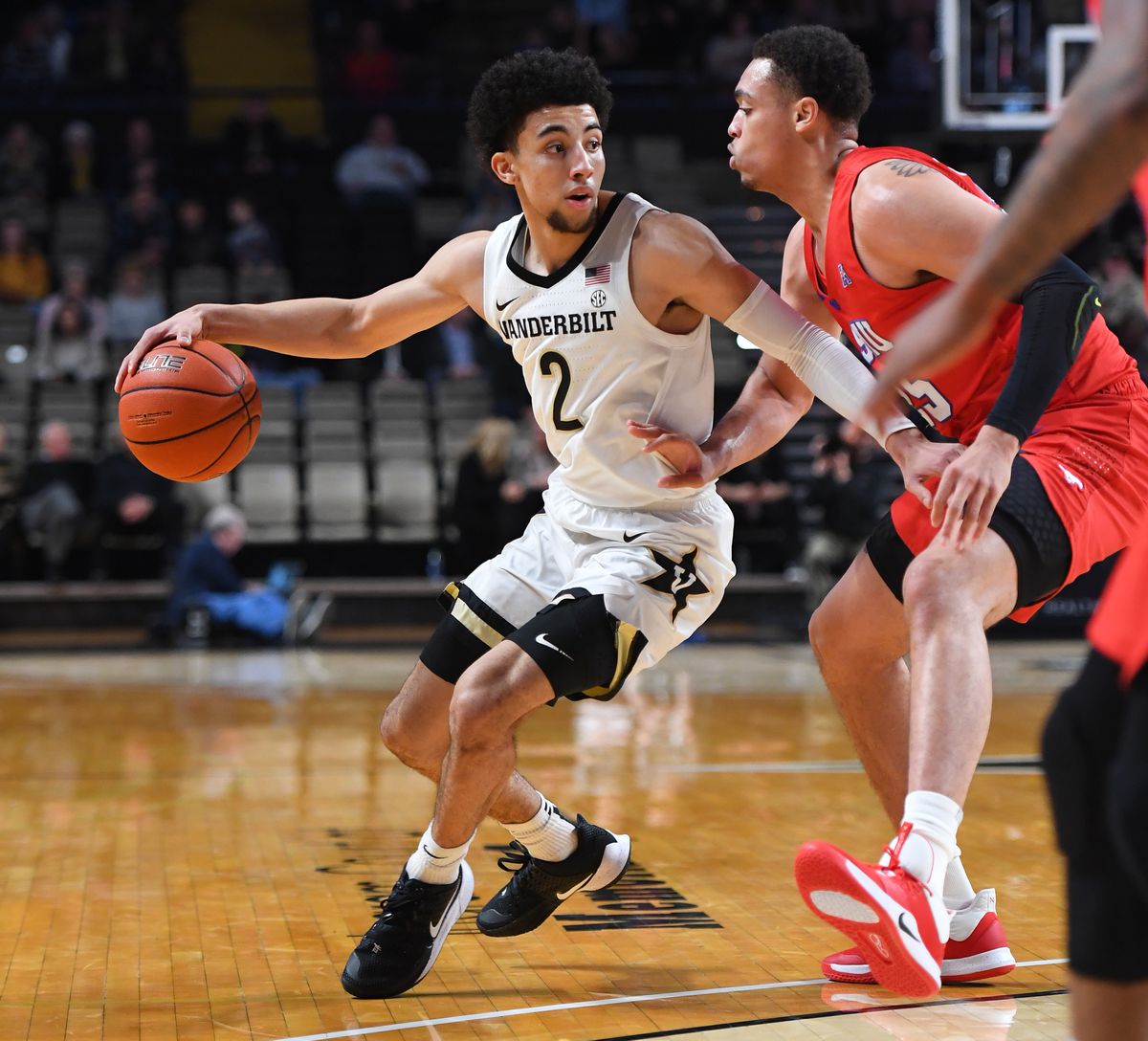 Pippen Jr. didn’t get his father’s height, unfortunately, but the 6’1 guard has become one of the most productive players on Vanderbilt as a freshman under head coach Jerry Stackhouse. Pippen Jr. is averaging 11 points and four assists per game so far. He is, of course, the son of Chicago Bulls legend and NBA Hall of Fame inductee Scottie Pippen.

Harper Jr. was ranked only No. 175 in his recruiting class entering college, but he’s turned into one of the best players on a surprising Rutgers team that cracked the AP top 25 for the first time in 41 years. A 6’6, 245-pound sophomore guard, Harper Jr. is leading the Scarlet Knights in scoring and is second on the team in rebounding. His father Ron Harper was an explosive scorer in the ‘80s for the Cleveland Cavaliers and Los Angeles Clippers before remodeling his game after injuries to become a dependable point guard for the Chicago Bulls’ second three-peat.

Rodman was an under-the-radar recruit who signed with Washington State. A 6’6 freshman forward, Rodman played a season-high 30 minutes and knocked down two three-pointers in the Cougars’ most recent win over Oregon State. You need no introduction to his legendary father.

O’Neal was a consensus top-50 recruit entering UCLA. His freshman year was cut short by a scary heart condition that forced him to miss the entire season. He returned this year, but hasn’t seen much playing time under new head coach Mick Cronin. O’Neal announced he is transferring. This won’t be the last we hear from him. 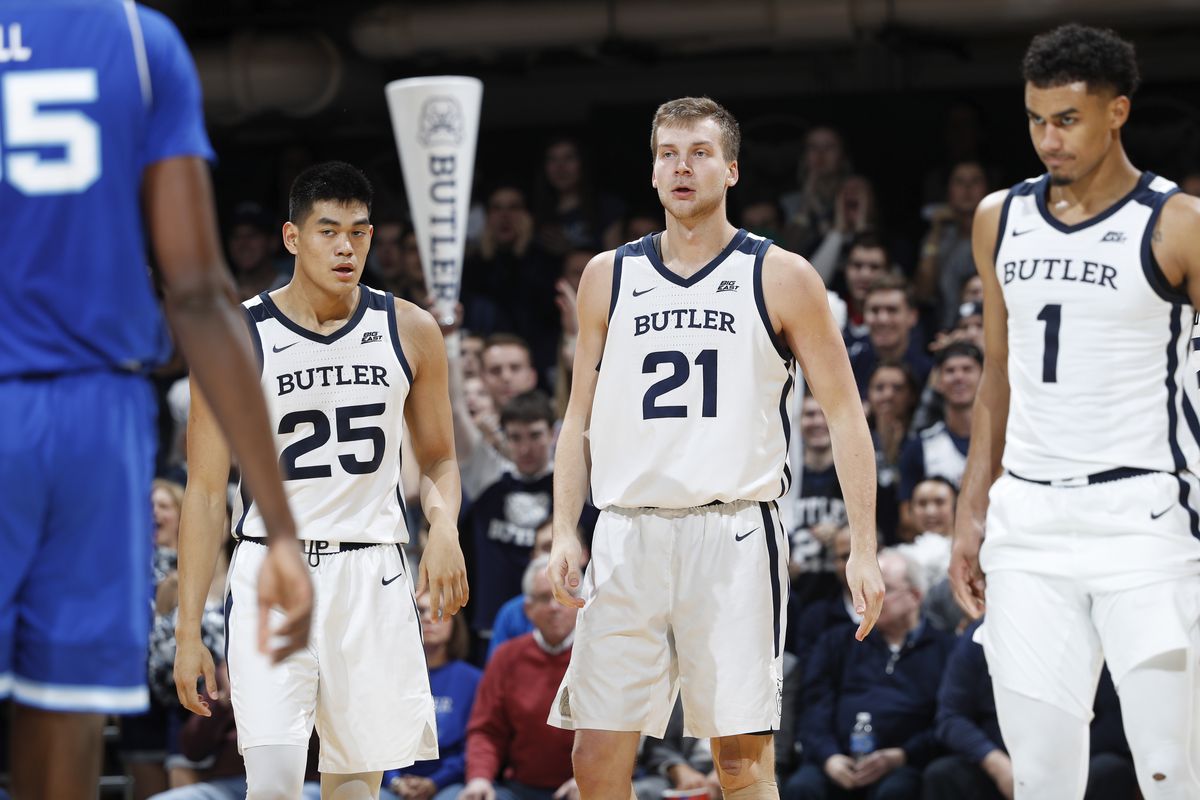 Smits, a 7’1 center, started his career at Valparaiso before transferring into Butler this year, and playing a supporting role for a team that was ranked as high as No. 5 in the country this season. His father Rik, AKA “the Dunking Dutchman,” was a 7’4 center who had a standout career for the Indiana Pacers from 1988-2000.

The son of Metta World Peace, the basketball player formerly known as Ron Artest, is a 6’3 freshman forward for the UC Irvine Anteaters.

A 6’1 freshman guard at George Washington, Nelson Jr. is averaging 10 points per game in his first year of college ball. His father had a legendary college career at St. Joseph’s before embarking on a long career as an NBA point guard.

A 6’2 freshman point guard for Bobby Hurley at Arizona State, House is averaging 6.2 points per game. We’re still waiting for him to drop 61 points like his old man.

Hardaway is playing for his dad at Memphis this year as a sparsely used guard off the bench. 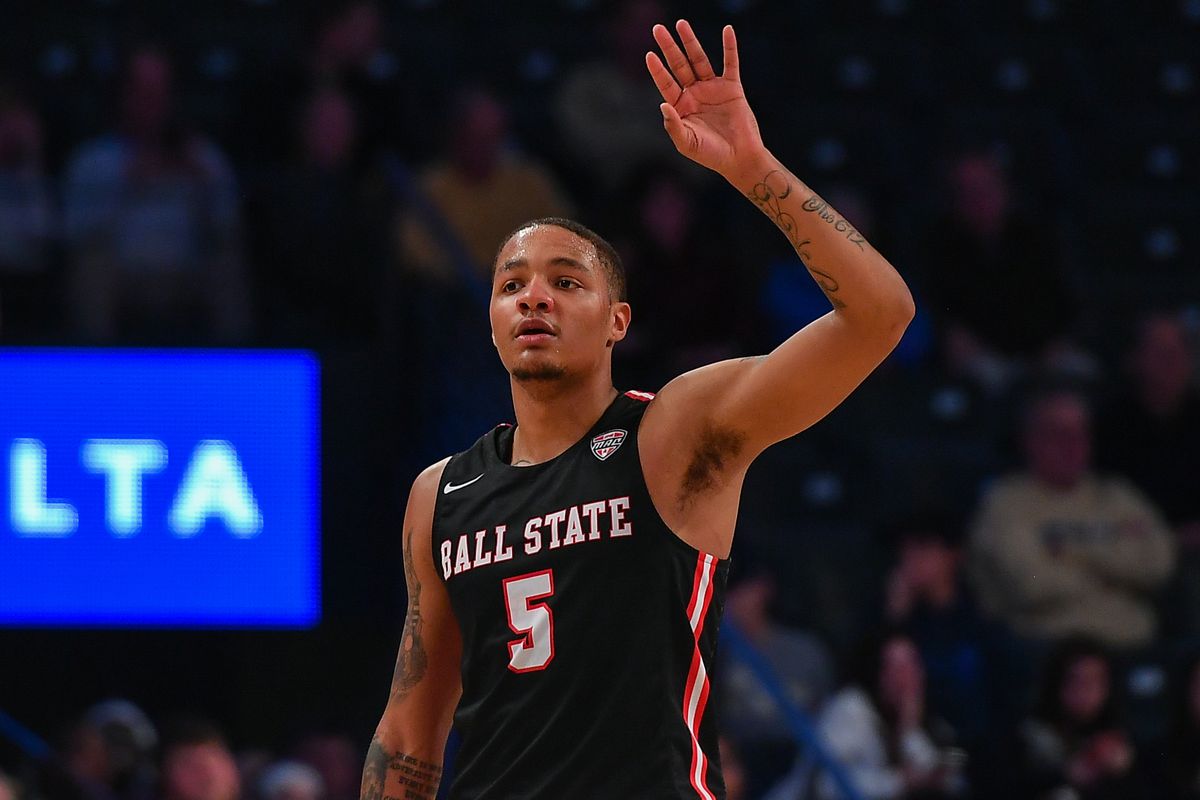 El-Amin is a junior guard at Ball State averaging 14.6 points per game. His father became a college basketball cult hero at UConn and a second-round pick of the Chicago Bulls in 2000.

Marshall Jr. is playing for his dad, who is the head coach at Central Connecticut. His father was an incredible scorer at UConn who went on to have a long NBA career after becoming the No. 4 overall pick in the 1994 draft.

Nevada’s senior point guard is averaging 12 points, six rebounds, and four assists per game. His father had a 10-year career in the NBA and then became an NBA head coach with three different franchises, most notably the Cleveland Cavaliers.

Washington is a 6’3 sophomore guard at Ohio State who has become one of the team’s most dependable players, averaging 11.3 points per game. His father had a brief NBA career that featured a two-year suspension for substance abuse. He is also the nephew of Derek Fisher

The Appalachian State junior guard is the son of the former Arizona and Sacramento Kings guard.

Padgett plays for his dad at Samford as a 6’6 freshman forward.

Here are some more:

some other notable ones (there are a LOT out there):

A freshman guard out of New Jersey in the class of 2023, all Wagner has to do is live up to his father’s legacy of scoring 100 points in a high school game. No big deal.

A 6’5 sharpshooter, Abdur-Rahim will play for Tony Bennett at Virginia next year as a consensus top-40 recruit.

A 6’10 center out of Georgia in the class of 2021, he has offers from his father’s alma mater, Georgetown, as well as several other high major programs.

Wade is a three-star senior guard playing on a star-studded Sierra Canyon team. He has offers from DePaul, Rhode Island, and Toledo, among others.

We think you’ve heard of him.

Here are some more:

Some more in HS that have committed to college:

Who did we miss? Drop in more names in the comments below.