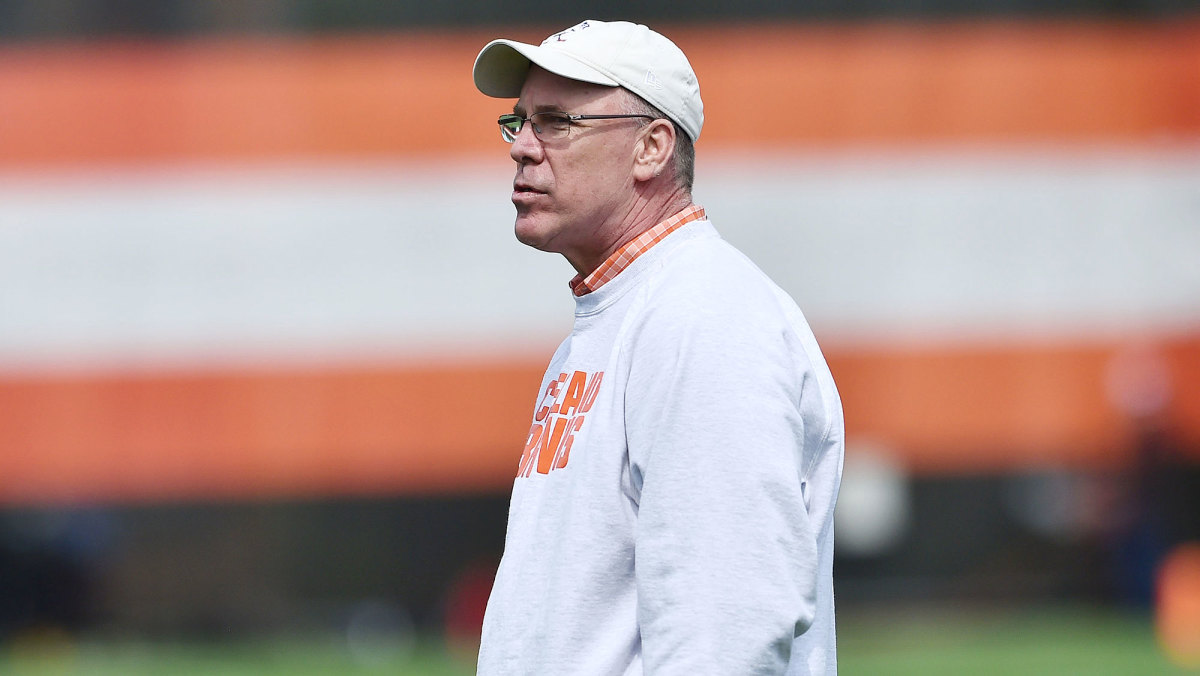 Updates: Albert Breer reports that Dorsey said no to a reworked organizational structure.

The MMQB’s Albert Breer reports that McDaniels, a Canton native, is a favorite of Cleveland owner Jimmy Haslam. Breer also reports that former Ohio State coach Urban Meyer, who “could bring the discipline and program-building acumen that’s been in short supply for a while in Berea,” would have support in some corners of the team’s current management.

Updates: The Giants are the second NFC East team to be searching for a head coach—and depending on Jerry Jones’s decision on Jason Garrett, there could possibly be three NFC East openings.

The Giants (along with the Panthers and Browns) have requested permission to interview Patriots OC Josh McDaniels, per ESPN’s Adam Schefter.

Additionally, the Giants have requested to interview Chiefs OC Eric Bieniemy, according to Eric Lombardo of NJ.com.

Bigger changes may be needed for this franchise:

Status: Jaguars owner Shad Khan announces that GM Dave Caldwell and coach Doug Marrone will return in 2020. Khan called the team’s 2019 results 2019 “unacceptable,” but he says that the staff’s plan convinced him to keep them.

One big change: Marrone and Caldwell will now report directly to Khan.

Updates: The MMQB’s Albert Breer reports: The status of GM Dave Caldwell and coach Doug Marrone has floated back-and-forth over the weekend. The belief across the league last week was that the two would likely get another year, in part because EVP Tony Khan, the owner’s son, was set to become more involved in the organization, and he likes them both. But ultimately, the decision will be up to Shad Khan, and he’s been quiet about this one. At some point this week, Khan plans to meet with all his people in football leadership.

The Panthers (along with the Giants and Browns) have requested permission to interview Patriots OC Josh McDaniels, per ESPN’s Adam Schefter.

The MMQB’s Albert Breer also reports that Rhule and McDaniels are in the mix.

The MMQB’s Albert Breer reports that Oklahoma’s Lincoln Riley, Urban Meyer and Matt Rhule will all likely hear from Dallas quickly after the trigger is pulled, assuming Garrett is indeed let go.

NFL Network’s Ian Rapoport says Garrett met with players today and thanked them, but did not tell them he and the organization were parting ways.

Updates: Owner Arthur Blank announced before Week 17 that the team will be retaining head coach Dan Quinn and GM Thomas Dimitroff. After the Falcons’ 1-7 start this season, the jobs of both seemed to be on shaky ground, but Blank silenced rumors before the final game of the season, a 28–22 victory over the Buccaneers.