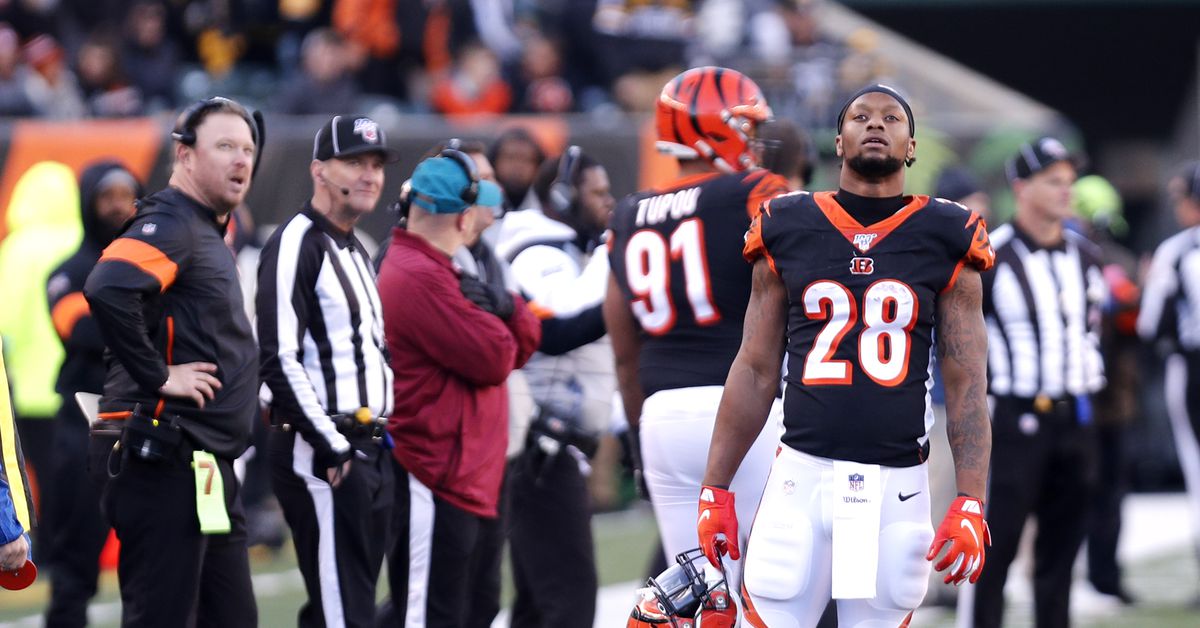 The Cincinnati Bengals won the race to the bottom of the NFL standings and, thus, they will own the No. 1 pick in the 2020 NFL Draft. After that, Washington, the Lions, the Giants, and the Dolphins round out the top five.

For a while, it seemed like a competition for the right to draft Alabama quarterback Tua Tagovailoa. He won a national championship during his freshman year with the Crimson Tide and earned unanimous All-American honors as a sophomore in 2018. But that may no longer be the case. LSU quarterback Joe Burrow has put together a tremendous 2019 season, while Tagovailoa suffered a season-ending hip injury in November.

So for now, it appears as though it’s Burrow headed to Cincinnati, although there are plenty of other compelling options for teams at the top of the draft order. Ohio State pass rusher Chase Young, Auburn defensive tackle Derrick Brown, and Georgia offensive tackle Andrew Thomas all won’t have to wait long to hear their names called in April.

Here’s a quick breakdown of how this whole draft order thing works:

A few selections have already been traded. The Dolphins own both the Steelers’ and Texans’ first-round picks. The Jaguars have the Rams’ pick after a trade involving cornerback Jalen Ramsey, and the Bears still owe the Raiders a 2020 first-round pick as part of their 2018 trade for Khalil Mack.

The full order will be updated throughout the remainder of the season. Here’s how the first round looks after the Divisional Round:

Kansas vs. Baylor: 3 things we learned from Jayhawks’ thrilling upset