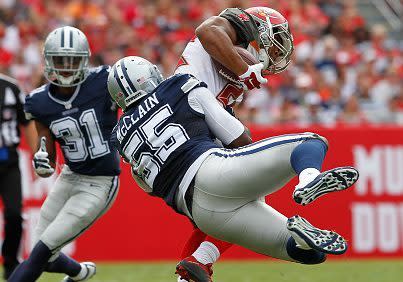 Linebacker Rolando McClain announced after training camp he was returning to football after the NFL conditionally reinstated him. It prompted the Cowboys to release him Sept. 2.

His name hadn’t been mentioned again in almost four months until Monday.

It likely signals the end of McClain’s NFL career . . . if the fact that he drew no interest didn’t already indicate that.

He showed flashes but never lived up to his immense potential, which led the Raiders to use the eighth overall choice on the former Alabama linebacker in 2010.

Where to Watch Sports on TV: Wednesday, April 8