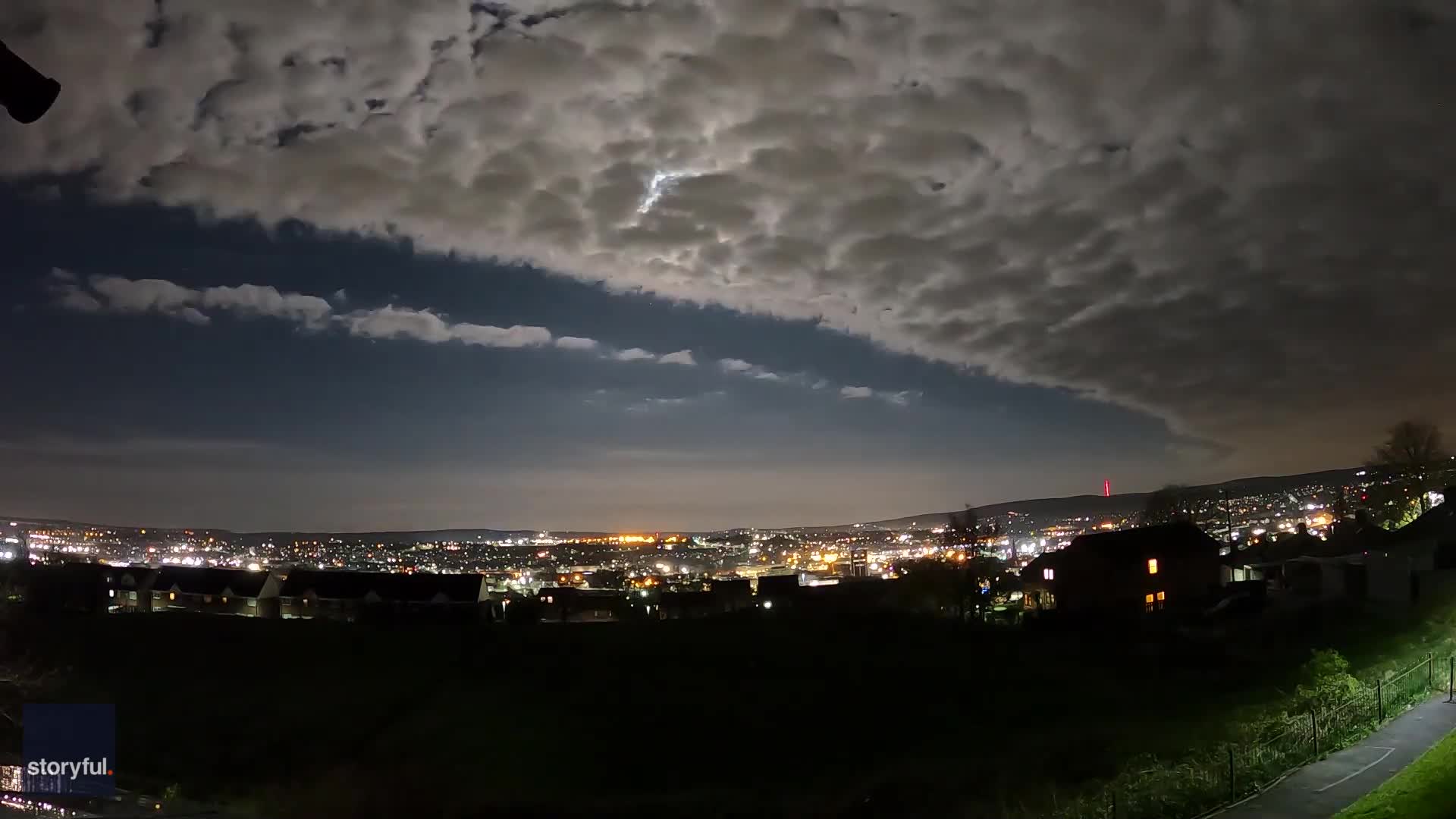 A Lancashire resident captured stunning footage of a supermoon overnight on April 7 by setting his GoPro to record a timelapse from his bedroom window. Shafiq Khan, who lives in Blackburn, told Storyful he was surprised to see the supermoon. “I heard somewhere that there was going to be a supermoon, but I didn’t actually know it was last night.” The moon was the biggest and brightest of the year, according to The Independent , getting as close as 356,907km to Earth over the course of the night. A supermoon is defined as a new or full moon when it’s as close to the Earth as it comes during its orbit. Credit: Shafiq Khan via Storyful