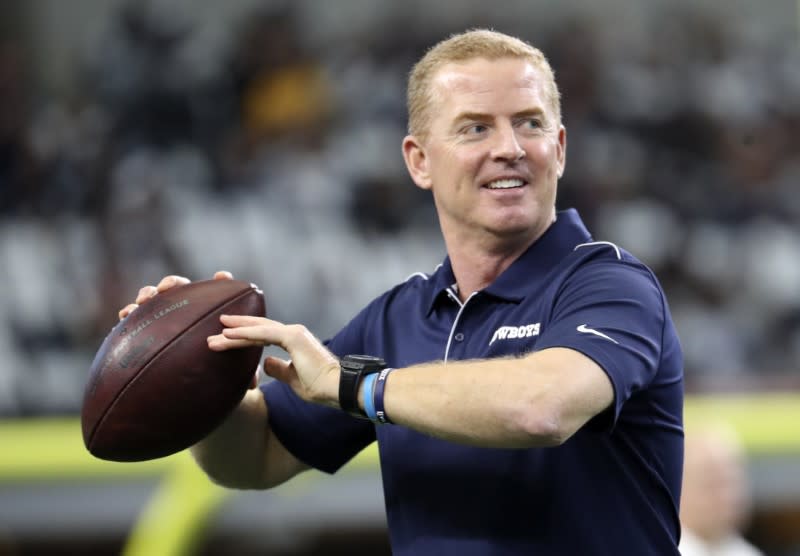 The head-coaching carousel is in full swing again, with the potential for a quarter of the league to be searching for new leaders.

Even more so than usual, ownership could be the top factor in determining which openings should be most enticing to prospective candidates.

Let’s take a look at the openings (and potential openings) from most appealing to least.

1. Talent aplenty, if you can survive the owner(s)

If you can handle the spotlight, and an owner constantly drawing unneeded attention, this is the job for you.

While cap money will be tight, the Cowboys’ roster is well-stocked on both sides of the ball. Dallas is essentially set at quarterback, running back, wide receiver and most of the offensive line, assuming Dak Prescott and Amari Cooper are retained via franchise/transition tags or long-term deals. There are also playmakers at all three levels of the defense, although Byron Jones appears likely to leave in free agency.

The talent surplus has coincided with owner Jerry Jones deferring to VP of Player Personnel Will McClay in recent years (why Dallas has All-Pro guard Zack Martin instead of Johnny Manziel, for example). That’s very encouraging, and perhaps reason enough to put up with Jones’ excessively public persona, which inevitably shines the spotlight brighter on the head coach.

Jones is certainly willing to pay. The question is whether his patience with Jason Garrett (nine-plus seasons) was an aberration after no previous coach lasted more than four years during Jones’ ownership tenure.

Of course, Jones’ early-years impatience is nothing compared to that of Dee and Jimmy Haslam, who are searching for the sixth full-time head coach in just over seven years owning the Browns. None has lasted more than 2 1/2 seasons, and the only one who lasted more than two was Hue Jackson, who went 3-36-1. Two have been fired after only one season.

The Haslams aren’t nearly as public as Jones, but they’ve provided an extremely short leash and turned over the front office four times. It appears more change could be coming, with reports suggesting the new head coach will help determine GM John Dorsey’s future.

That might create a sticky situation, but it shouldn’t obscure the talent. Despite a bumpy year, the offense might already have long-term answers at quarterback, running back and wide receiver. An offseason spent shoring up the offensive line could get it all clicking quickly. The defense has top-end stars in Myles Garrett and Denzel Ward, plus several other quality pieces.

The new coach must be able to instill discipline better than Freddie Kitchens, and the specter of the Browns’ losing history is no joke, but there is a lot here.

2. Is Snyder changing his stripes?

Not unlike the Haslams, Dan Snyder is willing to spend money and churn through coaches — he’ll be looking for the eighth since he bought the team in 1999. But Snyder is quietly trending toward more patience.

He gave Jay Gruden five-plus seasons despite only one playoff appearance, the longest tenure of any coach under Snyder. Gruden still wasn’t the primary problem when he was fired in October, but Snyder gave him a fair shot. That’s progress.

Snyder is also overhauling the personnel structure, firing team president Bruce Allen. With Ron Rivera appearing to have already locked up the head-coaching job, the Redskins reportedly could wait to hire a general manager until after the draft. That structure carries risk, but it certainly would empower the new coach.

Removing Allen was long overdue, but there are still concerns about the organization’s stability. Between contract disputes, issues with the medical staff and treatment of major injuries, and extensive media leaks, Washington too often skews toward dysfunction.

If Rivera can handle that, there is ample talent here. Dwayne Haskins looked lost early but made significant strides, and he has young weapons in Terry McLaurin and Derrius Guice. The front seven has talent and depth on the interior and the edges, and the secondary is quietly solid. Plus, Washington should add a generational pass-rusher with the No. 2 overall pick in Chase Young.

We don’t yet know much about what to expect from the NFL’s newest owner, David Tepper. His extreme wealth should mean willingness to spend, but will he be patient? Tepper just dismissed the best coach in team history, Rivera, after a 5-7 start with a second-year undrafted quarterback, though change is common among new owners, who usually look to put their stamp on things.

Tepper has indicated he would prefer an offensive head coach — who may have significant personnel power — but that’s where the uncertainty continues. Cam Newton is entering the final year of his contract after Lisfranc surgery, and Tepper has said Newton’s future depends on health, but that question might not be answered until well into summer.

Would the Panthers invest in another quarterback via free agency, trade or the draft? Hope for Newton to get healthy while trusting Kyle Allen as a backup plan? If you’re a budding offensive coach, do you believe you can revive Newton’s 2015 MVP form? Is it worth the risk if you can’t?

The roster has nice pieces elsewhere. Christian McCaffrey provides an offensive centerpiece, and there are young receivers and several potential answers — though none a sure thing — along the offensive line. Luke Kuechly remains a stud on defense, but the interior D-line needs youth, and youngsters like Brian Burns and Donte Jackson must find consistency.

You could do worse, but the unknown surrounding Tepper and Newton is palpable.

The Giants’ ownership structure could be shifting some, as Steve Tisch is expected to be more involved in football decisions, after John Mara primarily led that front in the past. The first result is the firing of head coach Pat Shurmur, while retaining GM Dave Gettleman.

How candidates feel about Daniel Jones and Gettleman are the primary issues at play. Jones profiled as a solid but unspectacular prospect last year, and he showed as a rookie he can execute the offense well, but ball security remains a concern. It wouldn’t be outlandish for the next coach to consider Tua Tagovailoa in the draft, but that’s a pipe dream on Gettleman’s watch.

Meanwhile, Gettleman’s investments in the trenches have paid only marginal dividends on both sides of the ball. The offensive line might need replacements at three positions, and left tackle Nate Solder is vastly overpaid. The trade for Leonard Williams now necessitates a large contract, and the rest of the defense is in shambles.

Unless you think Jones is a future star, it’s hard to get inspired about the Giants job.

This year’s 5-11 campaign is hardly all Anthony Lynn’s fault, and he deserves to return. But if not, the Chargers offer ample talent on both sides of the ball.

Notice I didn’t mention quarterback, which is suddenly a question mark after Philip Rivers’ recent decline. A 38-year-old with ambitions his arm can’t always cash, Rivers is difficult to trust, and he certainly needs better protection than the Chargers offered this season. He may not be back, and Tyrod Taylor probably isn’t the top choice of most prospective coaches.

That said, the Chargers could grab a young quarterback with the sixth overall pick, and better health could work wonders for the offensive line. With good luck, this team could be back competing for the AFC West title immediately.

But the Chargers have been perennially unlucky, and are now relegated to second-fiddle status in a city that doesn’t want them. What coach wants a slate of eight road games and eight neutral-to-road games?

The Jaguars present a similar situation to the Giants, despite being just two years removed from an AFC Championship Game appearance. Gardner Minshew showed enough as a rookie to merit starting in 2020, but his ceiling might be limited. His emergence also marginalized Nick Foles, whose contract quickly became one of the NFL’s worst.

That’s hardly the only mess that needs cleaning up. The Jaguars’ cap is littered with bad contracts, and a purge of veterans — especially on defense — appears likely. The dominant 2017 group lost its best player (Jalen Ramsey) and several others, while young star defensive end Yannick Ngakoue is about to get very expensive.

Ramsey’s trade returned draft capital, but it’s unclear who will wield it. Owner Shad Khan has kept general manager Dave Caldwell since 2013 despite many lean years. Whether he stays or goes, the structure is set to change after VP of Football Ops Tom Coughlin’s firing.

There is a ton of work to be done here in a division that appears on the upswing.

The 1927 Yankees are still a Murderers’ Row, now they’re our ‘Best Team Ever’