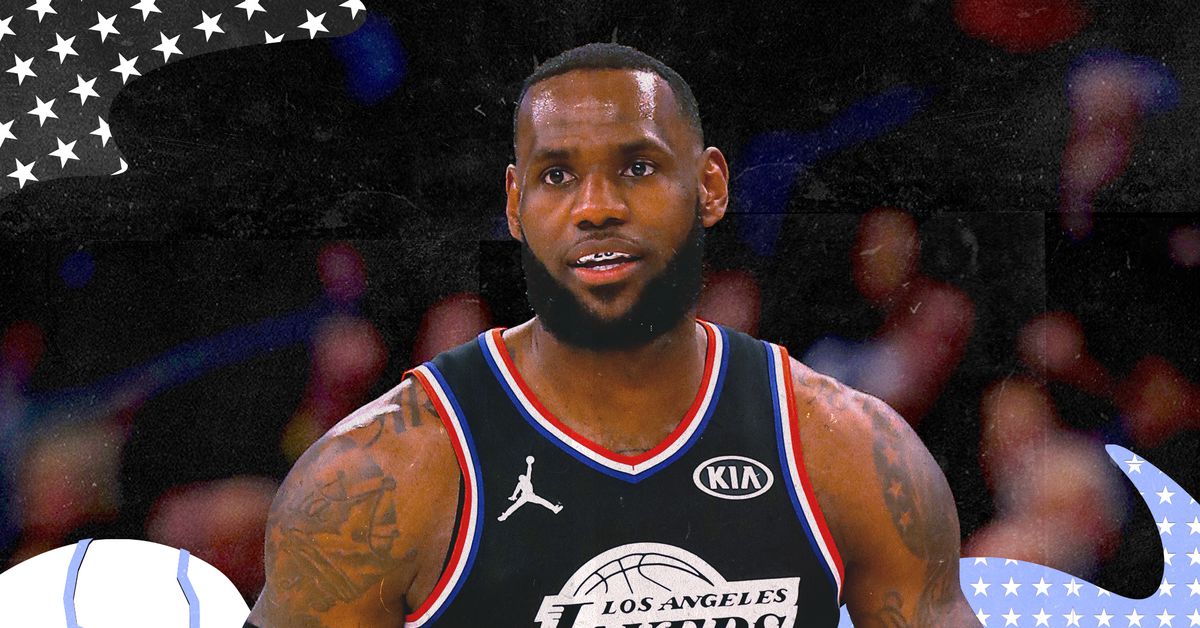 The 2020 NBA All-Star Game is less than a month away, and we’re about to find out who will participate.

The game’s 10 starters — five per conference — get announced Thursday though a weighted combination of fan vote (50 percent), select media (25 percent), and player choices (25 percent). The two players leading the overall fan vote in each conference will be named team captains. Then, the 14 reserves — seven in each conference — are chosen by the coaches and will be announced Jan. 30. Once that happens, the team captains will draft from the remaining pool of eight starters and the full list of reserves to give us our teams. If that sounds complicated, it’s because it is. The important thing is each conference still gets five starters and seven reserves.

Who should those players be? Here are our staff picks, along with some explanations and follow-up questions.

OK, Prada. Can you explain your wacky East starting lineup?

I’ll cop to making a hipster choice, and I’m fine if that doesn’t sit well with you. Perhaps this is too clever by half. But to me, availability matters, as does an individual’s role in team success. The latter point explains why Sabonis and Middleton deserve nods, while the former was what convinced me to take Joel Embiid out instead of Jimmy Butler.

Sabonis’ role in Indiana’s success has been massively understated. The Pacers are six points better per 100 possessions with him on the court and more than three points worse with him off it. Their offense, which is not exactly a paragon of modernity, does not work without his high-post passing, low-post finishing, and pick-and-roll craft. On top of that, Sabonis has propped up a surprisingly potent bench unit which otherwise includes journeymen like T.J. McConnell, the older Holiday, and Doug McDermott. Put it all together, and Sabonis is by far the biggest reason Indiana is 29-16 despite missing Victor Oladipo all season and Malcolm Brogdon for 12 games.

The case for Middleton is admittedly more specious because it’s harder to parse out individual credit among the Bucks’ bench mob. But Milwaukee is on a historic winning pace, and their success without Giannis Antetokounmpo on the floor is a major reason why. Middleton is the primary scoring option in those situations, and he’s been deadly efficient in his role while providing excellent defense.

Embiid and Ben Simmons are better players than Sabonis and Middleton, but due to a variety of factors, they are not having better overall seasons. That’s what counts most for me. This is the 2020All-Star Game, not the “12 Best Players In Each Conference Game.”

Everyone had the same West starting five. Did you give any thought to replacing any of those five players with someone else? If so, why?

MIKE PRADA: I gave Rudy Gobert and Nikola Jokic a fleeting thought, but that’s about it.

WHITNEY MEDWORTH: Not really, nope. That five was the easiest.

RICKY O’DONNELL: I wish Damian Lillard could have been in, but it would have required different circumstances. Both he and Karl-Anthony Towns have the potential to be starters next year, I believe.

Who was the toughest omission on the East side?

PRADA: That final spot had a bunch of ugly options. I suppose I should be giving Kyle Lowry more credit, but Fred VanVleet, a healthy Marc Gasol, and unexpected bench contributions from players like Terence Davis strike me as equal partners in Toronto’s success. It’s possible I’m too down on Jayson Tatum as well.

MEDWORTH: I was sad to leave off Kyrie Irving. He’s been hurt and it’s otherwise just an all-around blah year for him. I’m absolutely gonna miss him in the All-Star Game because however you feel about him, he’s made for that night.

ELLENTUCK: Leaving Domantas Sabonis and Kyrie Irving off stunk in particular for two very different reasons. Sabonis has been awesome, but he isn’t exactly who you want to see in an All-Star Game. The exact opposite goes for Kyrie.

O’DONNELL: So many tough cuts on the East. I considered Jaylen Brown, Bradley Beal, Zach LaVine, and Spencer Dinwiddie. I’m also going to use this spot to say I think LaVine finds a way in as an injury replacement — mostly as a thank you to Jerry Reinsdorf for reluctantly agreeing to host the game.

Who was the toughest omission on the West side?

PRADA: Can’t really think of any. When you combine all the games Karl-Anthony Towns missed with the Timberwolves’ defensive success without him, I don’t think he has that strong a case. Meanwhile, Paul George has simply missed too much time. To be honest, the next person on my list was DeMar DeRozan.

MEDWORTH: I wanted to put Devin Booker in because these rosters are pretty boring. I thought he’d at least spice it up a little. But these rosters are way too serious, unfortunately. Chris Paul also would have provided some fun drama.

ELLENTUCK: I wanted to put Brandon Ingram and Rudy Gobert in, and might have gotten them both in if they played in the East.

O’DONNELL: Ja Morant. The All-Star Game will be a lot more fun with him in it for the foreseeable future. I want to give a shout-out to Shai Gilgeous-Alexander here, too — he’s had a brilliant second season and should be an all-star candidate moving forward.

Who do you think has the most overrated all-star case among those you passed up?

ELLENTUCK: Bradley Beal just hasn’t had that good of a year. He isn’t shooting well, and his defense is still mediocre at best. I don’t think he’s particularly close to being an all-star.

O’DONNELL: Beal’s defensive metrics are just atrocious this year, even worse than LaVine’s.

PINA: Malcolm Brogdon has been fun this year, but when you combine how many games he’s missed with drops in his efficiency, I can’t get with considering him as a strong candidate.

Everyone put Trae Young on their team despite the Hawks’ record. Pina, you even had him starting. How seriously do you take the counterargument that winning should matter more in the All-Star Game selection process?

PRADA: Winning is the object of the game, so of course team success should matter. The problem is that perspective is too often used as a way to avoid thinking critically rather than as a useful tool to help answer a difficult question. Dogmatically sticking to the idea that all-stars should come from good teams is just as silly as dogmatically arguing that individual production absent team success is all that matters. In this case, the Hawks’ problems have much more to do with John Collins’ suspension, Kevin Huerter’s early-season injury, and their abomination of a bench than Young’s own shortcomings.

MEDWORTH: Trae Young can’t play defense but it’s not his entire fault Atlanta is bad and Young has been quite good. The problem is the NBA doesn’t know what it wants out of an All-Star Game. Either way though, Young has been spectacular this season and deserves to be out there.

ELLENTUCK: I really do not care at all if a player’s team stinks. You can be a great player on a rebuilding team. Young deserves to be recognized.

O’DONNELL: I thought about omitting Young, but ultimately the list of options in the East just weren’t that strong. If we eliminated conferences, I think it’s likely he gets passed over the game.

PINA: Winning should matter, but I don’t directly pin Atlanta’s woeful record on Young’s individual flaws. His defense certainly doesn’t help, but he also has the worst supporting cast in the league, and spent more than half the season without John Collins. When I look at everything he does well, it’s nearly unprecedented. He’s already an offensive megastar. An exception had to be made.

Matt, can you explain putting Fred VanVleet on your East team and leaving Rudy Gobert off your West team?

The bottom of the Eastern Conference all-stars were all so close in range I decided to pick the one I’d enjoy watching the most. VanVleet has been incredible this season, even carrying Kyle Lowry’s role when he was hurt earlier in the year. And he’s popular as hell: he’s in the top 10 among the Eastern Conference fan vote. Shouts to Kyrie and Sabonis, but I’m going with Fred.

Gobert has also been incredible this year, and he might’ve been the toughest guy I left off my list. But the bottom four or five players are all so comparable that I again picked the players whose game is the most fun.

If you were picking teams purely on entertainment value, who would your starting five be in each conference?

PRADA: Sub in Ja Morant for James Harden and Zion Williamson for Kawhi Leonard. Otherwise, the West is fine. Trae goes ahead of Middleton in the East, and I’d find a way to wedge either Simmons or Embiid in there ahead of Sabonis. But I find the game itself dull no matter who you slot in, so I’m probably the wrong person to ask.

MEDWORTH: My starting fives can stay the same but I do wish I had Ja Morant and Zion as reserves in the West. And I really wish I could have chosen Kyrie as my second guard pick in the East because … yuck. These games should be entertaining ya know.

PINA: I enjoy watching Zion and Ja Morant. Ben Simmons might get a look over Kemba Walker. In the West, Shai Gilgeous-Alexander would be in there somehow. I love everything about his game.