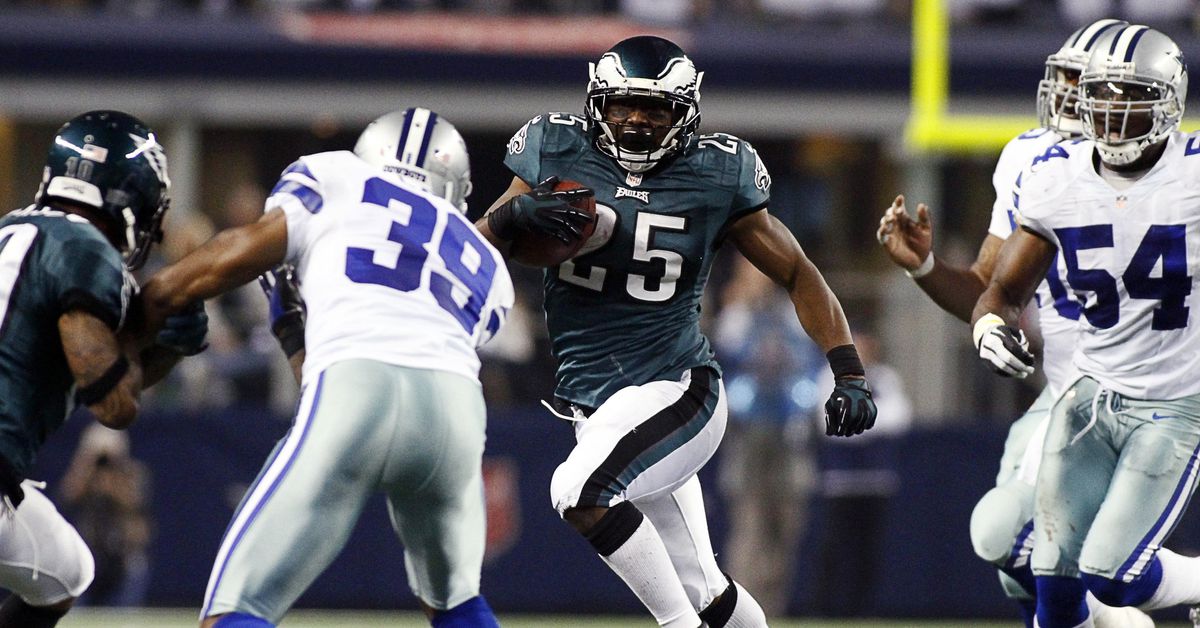 On Sunday night, the 13-3 San Francisco 49ers defeated the 11-5 Seattle Seahawks 26-21 in what will go down as one of the biggest Week 17 finales in NFL history. With the victory, the 49ers earned the No. 1 seed in the NFC, which means a first-round bye and homefield advantage for the playoffs.

Round One of this matchup was an indication that we were in for a thriller. The first time, Seattle won 27-24 in overtime in what was easily one of the most exciting games of the NFL season. That Week 10 contest also gave the 49ers their first loss of the season.

While this time around wasn’t quite as thrilling the entire time like the first matchup was, this came down to the wire at the end. With Seattle trailing 26-21 with 23 seconds left, the Seahawks made it to the 49ers’ 1-yard line. But a costly delay of game penalty backed Seattle back to the 6. With 12 seconds left, Russell Wilson hit Jacob Hollister on a catch that was just short of the goal line. The NFC title came down to one inch!

San Francisco led 19-7 at the end of the third quarter, but 14 points scored in the fourth quarter by Seattle was almost enough to give them the victory. Even the Seahawks welcoming back running back Marshawn Lynch wasn’t enough — the 49ers have the NFC’s No. 1 seed with the win.

Since 1990, when the league brought back the bye week, there has been a Week 17 on the NFL schedule every year. In that time, the Week 17 primetime slot usually goes to a rivalry game with big playoff implications. But that slot has never featured a game quite as big as a No. 1 seed being on the line.

Let’s take a look back at some of the best primetime divisional games in the final week of the season to see how the 49ers-Seahawks rematch compared on Sunday night.

The Patriots were looking to repeat as AFC East champions for the first time in history — and win the division in Pete Carroll’s first year as head coach. They had started off the season hot, winning their first four games, but then they dropped five of their next seven games. Coming into Week 17, they were tied with the Dolphins at 9-6. The winner would take the division crown.

In a Monday Night Football clash, the Dolphins took a 6-0 halftime lead at home. Then Drew Bledsoe led the Patriots on two touchdown drives in the second half to put New England on top 14-6. Dan Marino responded with a touchdown pass to Lamar Thomas late in the fourth quarter. However, the two-point attempt failed. Marino got the ball back with less than two minutes left, but Lawyer Milloy picked him off on fourth-and-15, essentially clinching the 14-12 win, and the division, for the Patriots.

What happened in the playoffs: The AFC East title gave New England the chance to host a playoff game six days later against … the Dolphins, who were a wild card team. The Patriots won again, this time by a 17-3 margin. They went on to lose in the Divisional Round to the Steelers.

The Titans were 9-6 and needed a win on the road to earn a wild card spot. If they lost, the Browns would be the sixth seed. Peyton Manning’s Colts were 13-2, and already had the No. 2 seed locked up in the AFC.

Lendale White lost a fumble in the third quarter and gave the Colts a short field to work with, down 7-3. Jim Storgi, in relief of Manning, got the Colts on top with a 3-yard touchdown pass. But Tennessee’s defense kept the Colts off the board after that.

This was fortunate for the Titans, who lost quarterback Vince Young on the ensuing possession due to a quad injury. That’s when veteran Kerry Collins, on his 35th birthday, came off the bench to lead three straight scoring drives. Kicker Rob Bironas made those three field goals to get the Titans a 16-10 victory and a wild card spot.

The Titans’ win kept the Browns out of the playoffs, and Cleveland still hasn’t made the postseason since.

What happened in the playoffs: Tennessee went on to lose to the Chargers in the Wild Card Round, and San Diego defeated Indianapolis in the next round.

One of the NFL’s fiercest rivalries wrapped up the 2013 season on Sunday Night Football. The Eagles were 9-6 and the Cowboys were 8-7, and the winner of the game would clinch the NFC East and a playoff spot.

The Cowboys had won the first matchup between the two teams in October. This time, though, they had to start Kyle Orton at quarterback thanks to a back injury to Tony Romo.

The Eagles took a 17-7 lead in the second quarter on a Nick Foles 14-yard touchdown pass, but Dallas countered with a field goal to make it a one-possession game at halftime. The second half came down to the wire. After the Eagles scored a touchdown with 6:09 left in the fourth quarter, Dallas was able to respond with a 32-yard touchdown pass from Orton to Dez Bryant. Down 24-22 with 3:50 to go, the Cowboys had no choice but to go for the two-point conversion. Orton’s pass attempt to Bryant was broken up by Cary Williams to hold off Dallas:

Although the Cowboys forced an Eagles three-and-out on the next drive, Orton threw a pick to seal it for Philadelphia. This marked the third time in a row the Cowboys lost a divisional game with a playoff spot on the line, which is pretty fitting for them this decade.

The Cowboys will clinch the NFC East with a win and an Eagles loss. If they miss the playoffs, the 2010s will be the only decade in franchise history in which they made the playoffs three or fewer times.

What happened in the playoffs: The Eagles lost to the Saints 26-24 in the first round of the playoffs, so this one didn’t have too much effect on the playoff picture. But at least they kept their biggest rivals out of the postseason!

While both of these teams ended up making the playoffs, the AFC North was up for grabs in the 2014 Sunday Night Football finale at Heinz Field. The Steelers were 10-5, and the Bengals entered 10-4-1 coming off of a Monday Night Football win against the Denver Broncos that gave them a playoff berth.

The game was close throughout, though Pittsburgh held a 20-10 lead at the half. In the fourth quarter following a Ben Roethlisberger interception, Andy Dalton found Jermaine Gresham for a 5-yard touchdown pass to close the gap to 20-17. Then Pittsburgh tried an ill-advised fake punt, which ended with punter Brad Wing throwing a pick. A few plays later, Bengals receiver A.J. Green fumbled and left after taking a big blow to the head. The Steelers pulled away when Roethlisberger’s 63-yard touchdown pass to Antonio Brown sealed the Steelers’ 27-17 victory.

After the game, Pittsburgh coach Mike Tomlin had words for Reggie Nelson. Steelers running back Le’Veon Bell left with a knee injury in the third quarter on a low hit from Nelson, and ended up missing the postseason. Somehow, this heated rivalry got worse from there.

What happened in the playoffs: In the playoffs, both of these teams ended up losing in the first round. The Steelers got the No. 3 seed and lost to the No. 6 seed Ravens, the third AFC North team to make the playoffs that season. The No. 5 seed Bengals went on the road and were dispatched by the Colts.

The final game of the 2015 season would decide the NFC North champions. Both teams entered at 10-5, and Green Bay at home was an easy favorite. The Packers had won the division for four straight years and hadn’t lost a game to Minnesota since the 2012 finale (a nail-biter in the afternoon slot that got the Vikings into the playoffs). The Vikings hadn’t won the division since 2009, which was also the last time they had emerged victorious at Lambeau Field.

The Sunday Night Football affair wasn’t the prettiest of games, but it did have plenty of drama. After Micah Hyde pulled off a one-handed interception against Teddy Bridgewater in the third quarter, the Vikings responded by forcing an Aaron Rodgers fumble. Captain Munnerlyn picked up the ball and took it 55 yards for a touchdown and a 20-3 lead for Minnesota.

The Packers answered right back with a touchdown and field goal to cut the deficit to 20-13. Then Cordarrelle Patterson ran back the kickoff for 70 yards and looked like he was about to score until kicker Mason Crosby forced a fumble, which was recovered by Hyde. Green Bay got down into red zone, and then on fourth-and-goal from Minnesota 13-yard line, Xavier Rhodes intercepted Rodgers in the end zone. That effectively secured the win and the division for the Vikings. The Packers settled for a wild card bid.

What happened in the playoffs: As the No. 3 seed, the Vikings hosted the No. 6 Seahawks on a frigid day in Minnesota. They lost a heartbreaker when kicker Blair Walsh missed a 27-yard chip shot to give Seattle a 10-9 win. The Packers went on the road to beat Kirk Cousins’ Washington team before falling in a wild overtime game to the Cardinals in the Divisional Round.

How did the Week 17 finale between the 49ers and Seahawks compare to those games? Based on the stakes, it was one of the most important ever — San Francisco now has the NFC’s No. 1 seed, and is a favorite to go to the Super Bowl. Not bad for the last game of the season. Hopefully the playoff gods make a Round 3 happen!