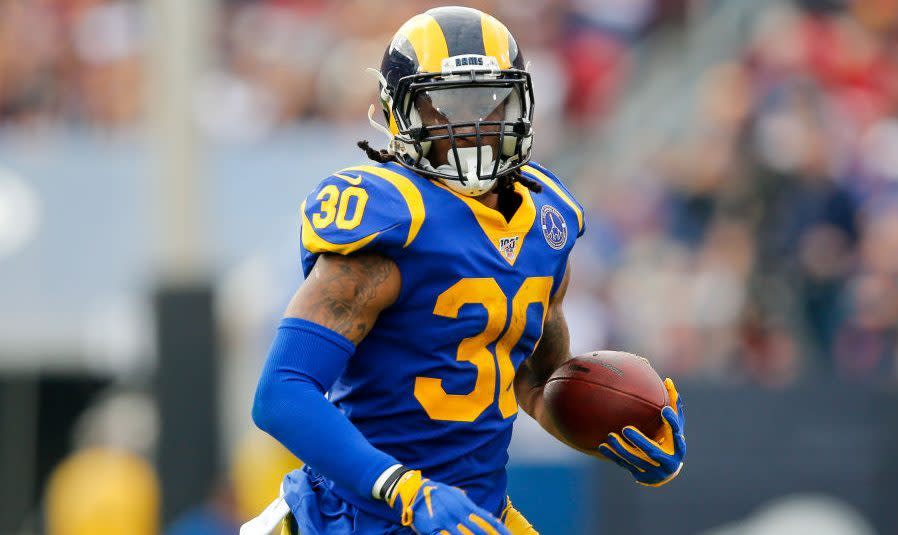 Running back Todd Gurley is no longer a Ram, but his business with the Rams apparently hasn't concluded. Gurley took to Twitter on Wednesday to send a message to the Rams, telling them that they are “past due” and to “[s]end me money.” Although the Rams cut Gurley before the third