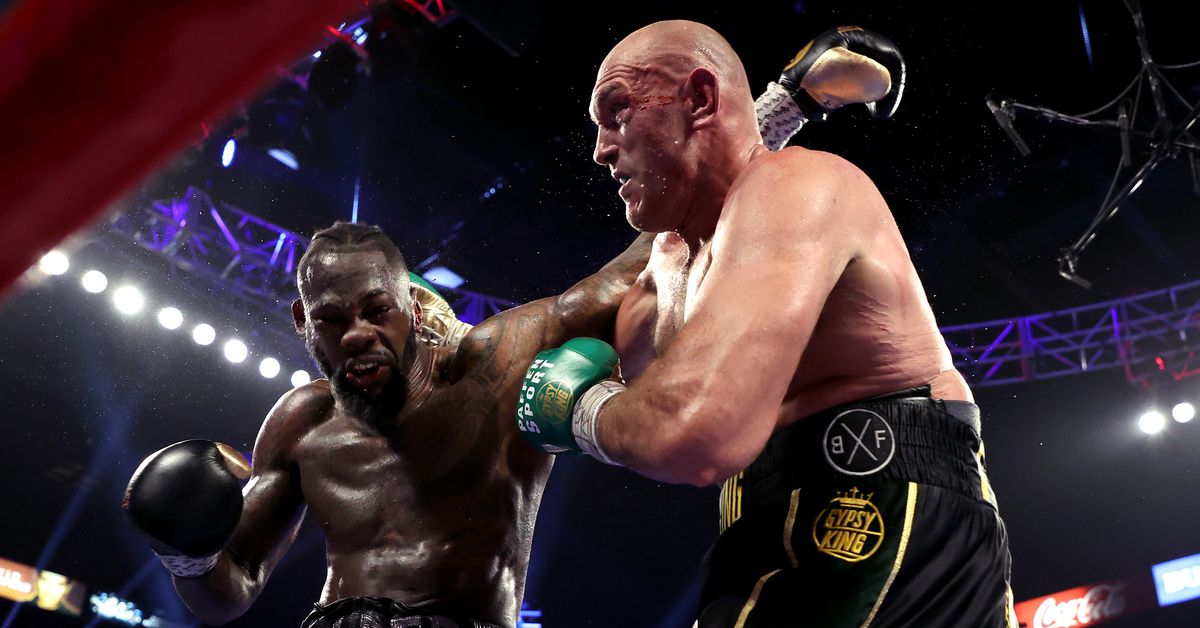 Tyson Fury won the much-anticipated rematch against Deontay Wilder on Saturday, and he did it in grand fashion. While Fury didn’t score a one-punch knockout, he did knock Wilder down twice and dominated him en route to a corner stoppage in the seventh round.

With the win, Fury gains the WBC and vacant The Ring heavyweight title, while retaining the lineal heavyweight belt. He improved to 30-0-1 with an absolute rout of Wilder, handing the former champion the first loss of his storied career. Wilder fell to 42-1-1 with the loss.

The two originally met in December 2018, when they fought to a split draw. Fury largely controlled the action in the first bout, but Wilder put him on the ground twice, in the ninth and then again in the 12th round. Fury’s recovery was unexpected and possibly the biggest boxing moment of that year.

As such, there was plenty of hype going into the rematch.

While Anthony Joshua was off fighting Andy Ruiz Jr., the boxing world became focused on the rematch between Fury and Wilder. The two talked as much trash as anyone, and had to be barred from facing off at the weigh-in when they couldn’t keep from extreme personal attacks, both verbal and physical, at the final pre-fight press conference. Both felt they’d won the first bout.

The second time around, Fury came out the clear victor. He hurt Wilder early and kept on top of him. Wilder didn’t have much to offer in the way of offense beyond the second round.

The best punch of the opening round was a clean left jab that snapped Wilder’s head back near the end of the round. Wilder was backing up early and often, as Fury came out more aggressive than usual — as he claimed he would before the bout.

In the third, Fury landed a hard jab and a short uppercut that stunned Wilder, and after they tied up and separated, landed a hard right hand to the side of the head that put Wilder on the ground. Wilder got up and survived the remaining half a minute in the round, but he was on shaky legs throughout.

Wilder survived the fourth, but clearly lost it. He absorbed a ton of damage in the third and didn’t look right throughout the fourth. He ate a hard one-two combo to start the fifth and then was knocked down again later in the round with a huge body shot from Fury, who went on to control the next round and a half before Wilder’s corner threw in the towel.

It was the right decision — Wilder had nothing to offer in the way of offense beyond some counter-punches in the second round. Neither fighter called anybody out or suggested a rematch was coming after the bout, but Fury did treat the viewers to a … live performance of Don McLean’s “American Pie” in the post-match interview.

While the contract that Fury and Wilder agreed to before the rematch includes a trilogy clause the loser can trigger, most fans want to see the winner go on to face Joshua. Currently the WBA (Super), IBF, WBO, and IBO heavyweight champion, initially losing those titles to Andy Ruiz, Jr. before winning the rematch, Joshua is the logical next opponent for either boxer.

Both Fury and Wilder have called out Joshua in the past. Wilder in particular was consistently floated as an opponent for Joshua before Fury returned from his long layoff. All the while, Joshua gained a reputation for shopping for favorable bouts and dodging more dangerous opponents.

Whether there’s any truth to that or not, he won’t be able to avoid the winner of Saturday’s bout, provided we don’t immediately get Wilder-Fury III. Joshua has more belts, but he won’t be considered the best heavyweight in the world until he beats one of Wilder or Fury.