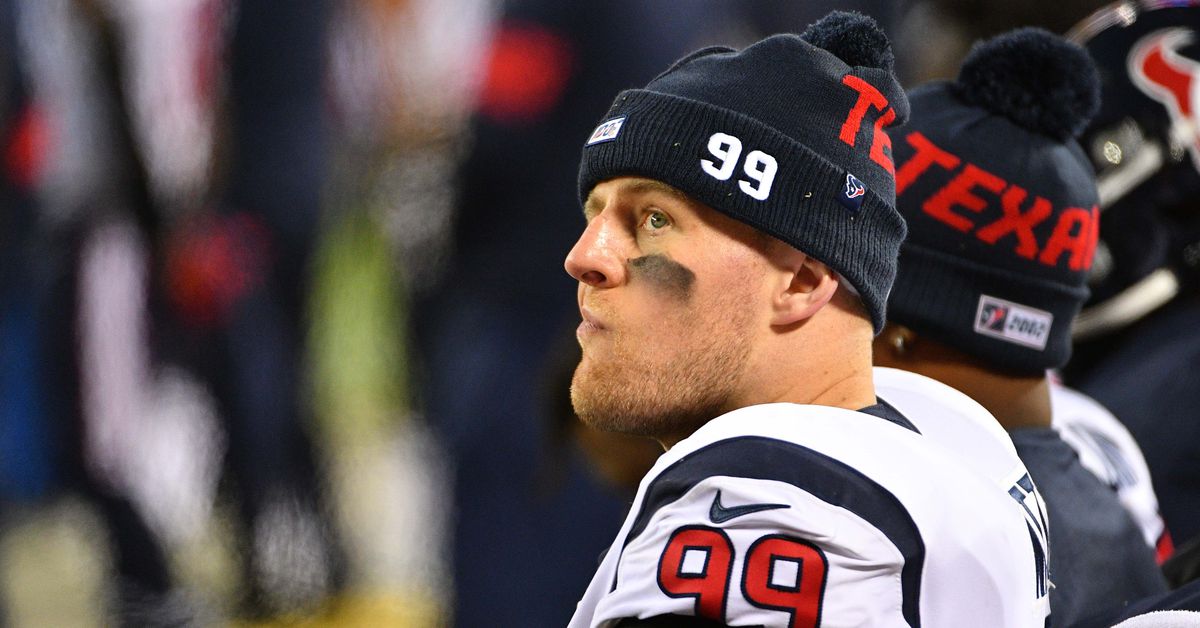 The NFL’s collective bargaining agreement (CBA) between team ownership and the players association is set to expire after the 2020 season. We had been given hints that negotiations between the two sides had picked up recently and both sides could agree to get a deal done before the start of the league year on March 18. Now, the NFL owners have approved the outline of a new CBA and have sent the proposal to the players.

The new CBA will drastically change the structure of an NFL season. The owners have voted for a 17-game schedule, up from 16. The preseason will be cut from four games to three. The NFL is also set to expand the playoffs, going from six playoff teams in each conference to seven, with the second seed losing its first-round bye.

The revenue split between the owners and players would move from 47 to 48.5 percent. For the owners, that pays for the operating costs, plus their profits. For the players, that is salary and benefits, including health care and a 401(k). The benefits while playing are actually generous, and I know they are appreciated by the players.

Before the players vote on the proposal, the NFLPA reps have to pass it with a two-thirds majority. In advance of the NFLPA conference call to brief its members on the new CBA, the players union sent out a fact sheet about what the NFL is proposing:

The NFLPA has sent all players a fact sheet that covers the highlights on the current proposal for a new Collective Bargaining Agreement. A lot to go through here.. pic.twitter.com/tzOhyLOmhY

It’s a handy guide to see what the new CBA could be. It’s meaty and there’s plenty to discuss — and the players aren’t all board.

There are good reasons why they might take issue with certain parts of the proposal. Let me explain what I want to see included in the new CBA.

Here are a few areas the NFLPA should fight for

I don’t want to “blast” the players working on this, but I do want to highlight a couple places where this proposal comes up short.

It should worry the players that the NFL owners want this deal done so badly.

If the owners are so willing to do this deal now, almost a full year before it’s necessary and several weeks before the start of the new league year, what is the reason and what are they gaining from this new CBA?

The NFL owners want a CBA done ASAP so they can start negotiating new TV and streaming deals. That’s where the bulk of the revenue is generated, and with an additional few weeks and two more playoff games, the NFL can name its price for its rights.

On top of that, if an agreement can’t be reached, it could lead to a lockout next offseason. That would leave a bad taste in the mouth of consumers, who have driven NFL ratings and profits up over the last two years of the current CBA deal.

Lastly, tucked away in the bullet points of that deal is a vague mention of gambling:

Gambling definitions that ensures money is included in players’ definition of All Revenue, including portions of non-football activities

That will explode the revenue of the league. This needs to be more defined, but it adds to the reason the NFL wants this done now.

It doesn’t consider the toll on players’ bodies enough.

When I look over the term sheet, there are several areas where I think the NFL players should counteroffer.

First is the revenue split. The NFL has offered 48 percent, up from 47 percent, for a 16-game season. If the season stretches to 17 games, that increases to 48.5 percent, or up only 0.5 percent. That’s not good enough.

A longer season is more opportunity for wear and tear on the body. The players assume more of the risk, which is inherently part of the job, However, the increase in the revenue does not match what the math should be for adding another chance to get injured.

Also, capping wages for a 17th game at $250,000 for players under contract before the new CBA shouldn’t fly with the NFLPA.

There’s no mention of another bye week for the additional game. I think this is needed so the players can rest their bodies to handle the extra workload.

Increased roster size and active gameday lists need to be agreed upon. And no, you can’t just dress everyone who’s healthy that week. It would lead to uneven gameday size, and the team with more healthy players would have a huge advantage.

The proposal mentions adding an offensive lineman to the active gameday roster, but that’s not far enough. Neither is this:

Regarding CBA players vote on today.

Teams would be allowed to bring back 3 players from IR.

As I’ve written about before, I’d bump the active roster from 53 to 58 players, and the gameday roster from 46 to 50.

The proposal increases guaranteed funding from $15 million to $17 million per team. But it should be eliminated altogether. The funding rule mandates a team puts the guaranteed money of a free agent contract into escrow, ensuring the player gets that money in the future. It’s an old rule that’s supposed to be a safeguard in case the teams can’t pay up, but the players don’t need to worry about NFL teams not having money anymore.

Losing the funding rule means teams wouldn’t have to worry about putting cash into escrow. It’d be another way for players to get paid, and perhaps there’d be more fully guaranteed deals.

The benefits are better, but not perfect.

I was going to rail against the NFL for its health benefits, but there are some interesting additions. That includes benefits for current players (the HRA is increasing, injury protection is up) and former players:

Creation of new network of hospitals in each team city for former players to receive no cost physicals, preventative care, mental health counseling, and out-patient orthopedic services. Coverage of common surgeries to be phased in during course of deal.

It’s been unrealistic from the start to expect full health coverage for life after your playing days are over. No company would underwrite that.

However, I was hoping to see a tiered system in which playing more years = more years of post-career retirement. Right now, it’s at five years and then you’re on your own for health insurance. So my retired player butt would like more money.

There’s still so much to go through with the proposal, and the NFLPA and players still have to vote on it, which has been delayed until next week. I’ll continue to update you on my thoughts as this moves forward.