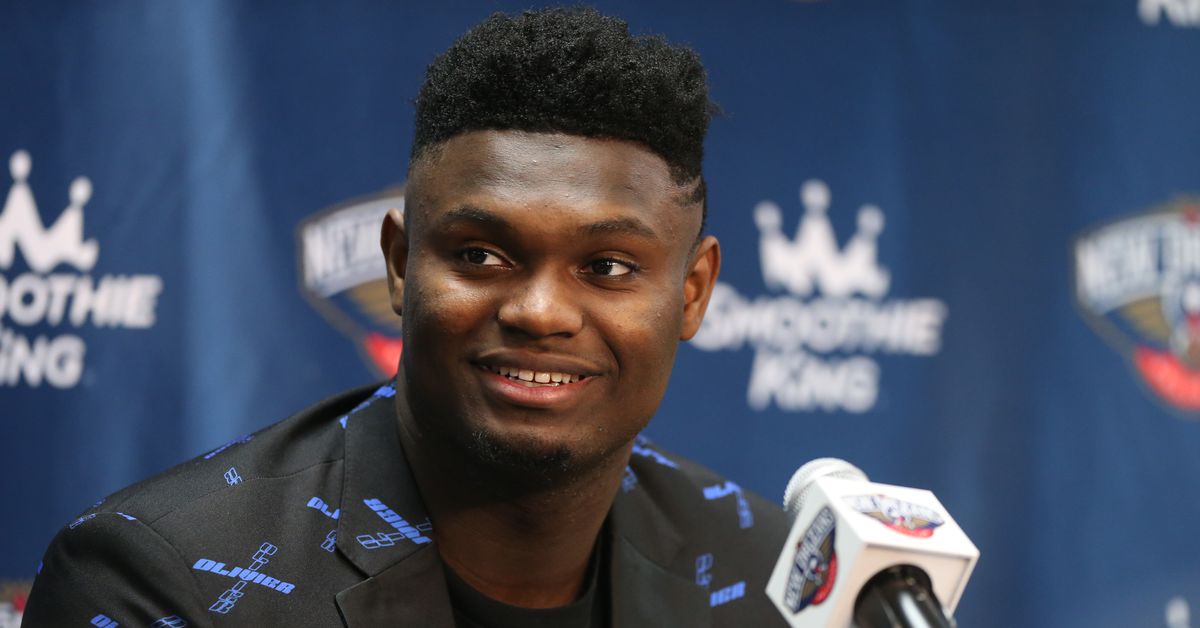 The NBA is being taken over by big boys and everyone’s going to have to deal with that, including Mark Jackson. It’s a Luka Doncic and Zion Williamson world now.

Jackson tore in on Williamson’s weight during the opening few minutes of his debut Wednesday night against the Spurs. “He’s gotta get in better shape,” he said. “He’s gotta lose some weight and get in better shape … People in New Orleans believe he’s big-boned and that’s natural size. To me, that’s not the case. To me, the lighter he gets, the more explosive he’s going to be.”

It was his first game since October after tearing his meniscus, and though he wasn’t great for most of the night, Williamson’s debut was fun as hell. The 19-year-old superteen poured in 17 of his 22 points on the night during a three minute stretch in the fourth quarter. He wasn’t close to his best, but that brief stint was mesmerizing. He flashed his takeover potential.

But the topic of conversation on ESPN’s broadcast stayed on Williamson’s weight for portions of the night. A graphic even showed the audience that at 285 pounds, he’s the third-heaviest player in the NBA, despite standing just 6’6.

Williamson’s weight may be directly tied with how long he’s able to stay healthy in the league. The Pelicans have already changed the way he works out, runs, walks, jumps and lands because of his size and the strain he puts on his joints. It is something worth discussing at some point. Less than 10 minutes into his career probably isn’t that point. There was a killjoy sense to ESPN’s broadcast during debatably the most anticipated NBA debut since LeBron James.

Zion going absolutely off after Mark Jackson fat shamed him on national television for 2.5 hours was art.

Williamson is a player we’ve never seen before in basketball. His dimensions don’t make sense. He jumps way too high to be so average in NBA height. He dunks so powerfully for someone that stocky and box-shaped. He shoots with touch for someone built like a lineman. And maybe his size will catch up to him at some point. Or, maybe it won’t.

Williamson’s first game showed he can be great because of his figure, not despite it. His most impressive play might’ve been the recovery after he had his shot blocked. He snatched the rebound and went up with a massive second leap for a bucket.

The discourse surrounding Williamson’s weight is all too familiar for anyone who’s listened to early broadcasts of last year’s Mavericks games or pre-draft analysis from 2019. Doncic, a 20-year-old in the MVP conversation, was criticized for being too slow and carrying to much weight for a point guard. He went on to win last year’s Rookie of the Year award anyway, and next to Williamson and Giannis Antetokounmpo, he may be the most coveted player in the NBA under the age of 25.

It’s a thick boy decade in the NBA, and it’s time for everybody to get on board. Maybe their weight will be their biggest downfall one day. But for today, let’s appreciate what these guys can do because of they’re absolute units.