Peter Weber, ABC’s new “Bachelor,” suffered a cut on his head following an accident in Costa Rica and had to be rushed into surgery, Fox News has confirmed.

The 28-year-old Weber injured himself on Monday while getting on a golf cart during the filming of the show, according to Radar Online, who first reported the story. The outlet claimed Weber required 22 stitches after he “split his face on two cocktail glasses he was carrying.”

“Bachelor” host Chris Harrison confirmed the incident to Fox News in a statement on Tuesday, calling it a “freak accident,” but noted that Weber is A-OK and production has already resumed. 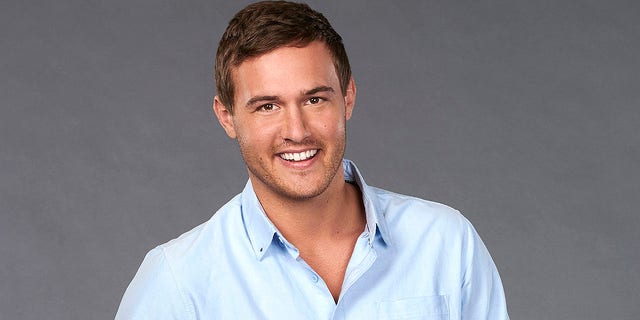 Peter Weber was chosen as the new “Bachelor.” He’s best known for having sex four times in a windmill with “Bachelorette” Hannah Brown.
(Getty)

“Peter suffered a freak accident. He got a cut on his head, he did get stitches but he’s 100% OK and production is already back underway,” said Harrison. “He’s still the dashing, handsome pilot we’ve all dreamed of.”

Weber was announced as the bachelor-to-be for season 24 last month after finishing third in Hannah Brown’s explosive season of “The Bachelorette.”

The fan favorite opened up about the opportunity of doling out the roses last month during the finale of “Bachelor in Paradise.”

“This is life-changing. I have truly, my entire life, looked forward to finding my girl, and that person that I cannot wait to spend the rest of my life with,” said the Delta pilot. “I’ve had the most amazing example of my parents, growing up, and I feel like the luckiest kid ever. I saw so much love in my household, and just 30 some odd years later now, they’re that much in love with each other.”

“I have all the faith in the world that this can work for me, and I know it’s going to,” he added. “This is not normal, dating 30 women at the same time. I’ve never done this before, so there’s going to be ups and downs, I know that’s coming, and I’m not going to be perfect… the possibility of making the wrong decision, it’s out there, but I’m going to follow my heart.”