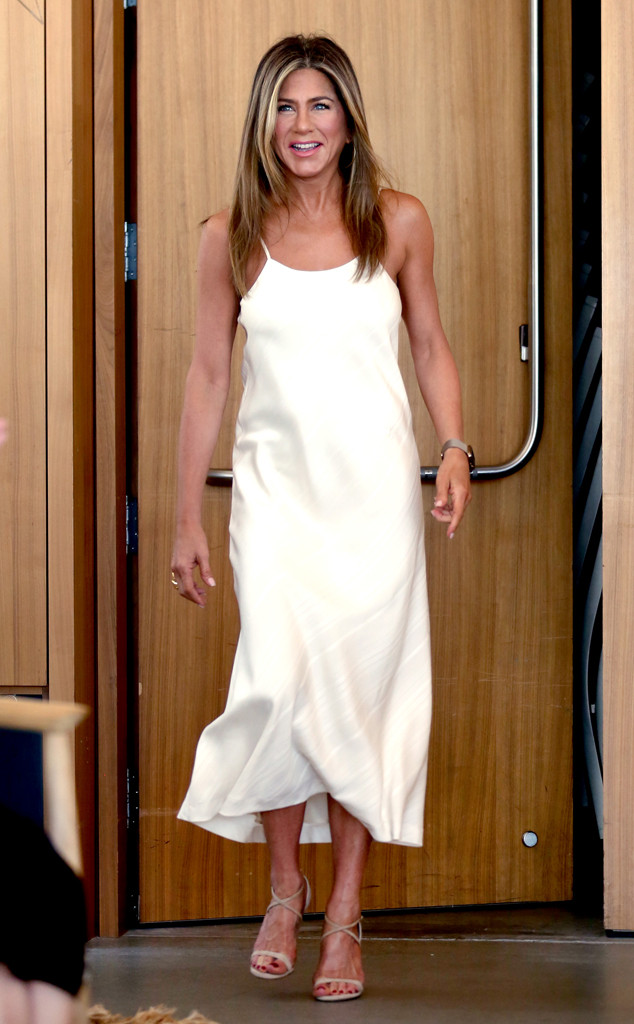 Jennifer Aniston is ready to discuss her love life.

During her interview on the Howard Stern Show, the Murder Mystery actress let us in on whether she’s currently dating anyone and on what her least favorite part about dating is.

As far as whether she’s currently dating any lucky fellas—Aniston told Stern, per Radar, that she’s “very, very busy” and just doesn’t have the time.

While the 50-year-old is seemingly enjoying the single life, Stern still jokingly asked her whether she’d want him to set her up with a special someone.

“Not right now,” the former Friends alum told Stern. “But listen, I just don’t like being set up. I don’t like it. Hate it.”

The actress also revealed to Stern that she sought a psychologist after her divorce from 48-year-old actor Justin Theroux. The pair split in late 2017 after two years of marriage. However, they were recently reunited in July to say goodbye to their dog.

In honor of officially launching his new SiriusXM Hollywood studios, Stern hosted a live broadcast of his show in Los Angeles, marking his first broadcast from the West Coast in almost 20 years. Aniston was part of a star-studded group of guests, including Robert Downey Jr., Adam Levine, James Valentine, Jimmy Kimmel and Arnold Schwarzenegger.

Besides her love life, the Cake actress also reminisced on her Friends days and gushed about how much she enjoys spending time with her former co-stars.

The actress also told Stern during the interview that she “just had dinner this week with the whole gang. Everyone was there.”

Aniston, Matt LeBlanc and Courtney Cox even shared a selfie on Instagram to immortalize the night. According to Aniston,David Schwimmer was also there.

“We all happened to have a window of time so we all got together,” she added. “We laughed so hard.”

Earlier this year, Aniston discussed the fact that she’s open to a Friends reunion. “Listen, I told you this. I would do it….The girls would do it, and the boys would do it, I’m sure,” the actress told Ellen DeGeneres on her talk show.

“We all miss it every day,” Aniston says during her interview with Stern about how she and the rest of the former cast feel about Friends. “I would be nothing without it […] If there’s a reboot of the show, it won’t as good as what it was so why do it? It would ruin it.”

While fans would love to see a reboot of the legendary show, we’re excited to see what other projects the actress has in the works.

Don’t miss E! News every weeknight at 7, only on E!