DEADLY MOSQUITO-BORNE EEE VIRUS OUTBREAK IN MASSACHUSETTS MAY BE CAUSED BY THIS, EPIDEMIOLOGIST SAYS 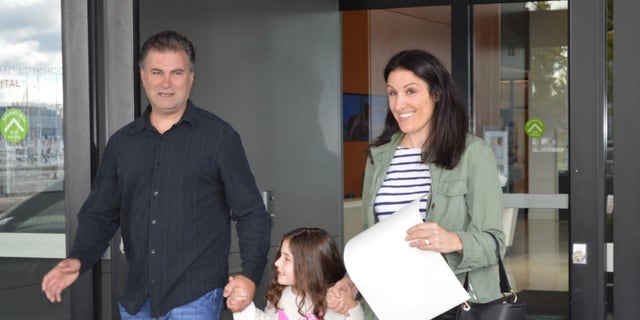 A case of EEE in a female under the age of 18 was later confirmed by the Massachusetts Department of Health, with local outlets reporting it involved a 5-year-old girl from Middlesex County.

“There are no words that can adequately describe the depth of our family’s gratitude to those who have donated to support Sophia or shared their prayers and heartfelt thoughts through cards and messages,” the girl’s family said in an Oct. 4 statement posted to a GoFundMe page in her name. “Every positive thought has helped us to get to this day and will get us through as we continue to work on her recovery.”

As of Tuesday afternoon, more than $190,000 was raised to offset the cost of Sophia’s medical expenses.

Sophia has been “so courageous” throughout her battle with EEE, her family added. Though she’s well enough to return home, she “still has a long road ahead of care on an outpatient basis,” reads the statement. Sophia requires further treatment to improve her mobility and cognitive functions, such as long-term memory.

“We have no doubt she will continue to amaze us,” added her family.

EEE  — a rare disease spread by infected mosquitoes — is known to cause brain inflammation. Survivors typically have mild to severe brain damage, according to the Centers for Disease Control and Infection (CDC). One-third of those infected with EEE die.

Symptoms of a severe EEE infection “begin with the sudden onset of headache, high fever, chills, and vomiting,” the CDC says.

There’s no specific treatment for the infection; antibiotics are not effective and no antiviral drugs have been discovered to date.

“Severe illnesses are treated by supportive therapy, which may include hospitalization, respiratory support, IV fluids, and prevention of other infections,” the federal health agency says. On average, five to 10 cases of EEE are reported each year in the U.S. 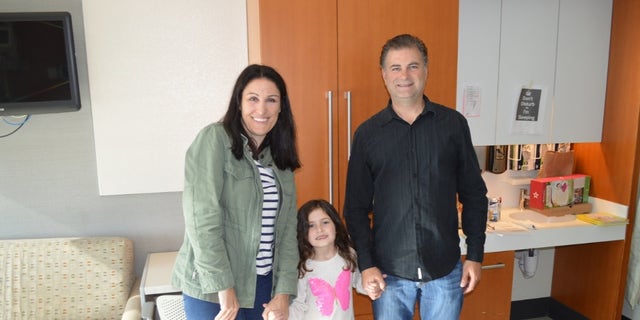 Sophia and her parents shortly before they left the hospital.
(Spaulding Rehabilitation Network/GoFundMe/Timothy Sullivan)

Before Sophia suddenly fell ill, she was a “happy, loving little girl who loved playing with her friends and doing gymnastics,” according to a previous update posted to the young girl’s online fundraiser.

Sophia’s diagnosis marks one of at least 12 confirmed EEE cases in Massachusetts this year. Though cases of the mosquito-borne virus have been reported in various other states – such as Michigan, Rhode Island and Connecticut – Massachusetts has experienced an unusually high number of cases this summer.

RHODE ISLAND GIRL, 6, NEARLY DIES AFTER CONTRACTING RARE MOSQUITO-BORNE EEE VIRUS: ‘WE COULD HAVE LOST HER’

Mosquitoes become infected with EEE after feeding on infected birds — specifically those that live in freshwater swamps.

Dr. Catherine Brown, the Massachusetts state epidemiologist, recently told LiveScience that birds from Florida — which has long dealt with EEE — migrate to New England each year, specifically to Massachusetts, which has a particularly dense population of red maple and white cedar swamps.