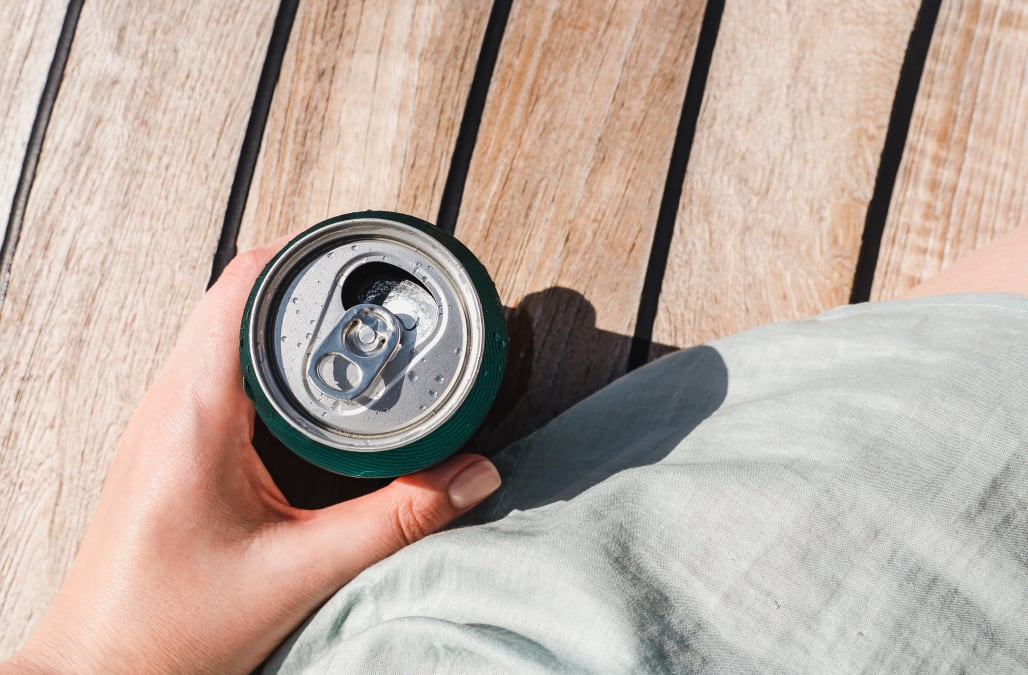 A British woman fell into a coma and nearly died after she had an allergic reaction to a sugar-free Pepsi Max, the Daily Mail reports.

Elizabeth Perkins, a 30-year-old mother of two from Derbyshire, said she was accidentally served the Pepsi instead of a naturally sweetened Coca Cola, triggering a life-threatening reaction to the artificial sweeteners in the diet soda.

“I’d asked for a full fat coke, and stressed that it had to be full fat as usual to the bartender,” she recalled. “But once I took my first sip and straight away, I knew it tasted strange, and I could feel the usual sickness start, like I was going to be sick. I instantly felt dizzy and felt the room go dark as my body tried to fight off the allergic reaction.”

Perkins said a friend guided her to a chair before she passed out. She was eventually rushed to the hospital, where she slipped into a coma for three days.

“It had taken three days for it to work its way out of my system — it was terrifying,” she said.

Perkins’s rare allergy is genetic, according to the Daily Mail. Both her sons — Matthew, 6, and Jacob, 2 — are not immune to sweeteners.

“We don’t have the enzymes to break down the sweeteners, so it is like instant poison and we will immediately start vomiting and becoming dizzy if we have it,” Perkins explained. “In extreme cases, we could end up in a coma.”

At such young ages, the two children have already had their share of life-threatening experiences, the mother added. Jacob was reportedly diagnosed with a benign tumor, and Matthew allegedly suffered a water infection months later. In Matthew’s case, Perkins said she had to drive around for hours to find medication for him because “most places don’t supply the sugared versions as it’s no longer cost effective for the manufacturers.”

“It breaks my heart, especially for the boys,” she said. “They can’t even have birthday cakes like their friends because the icing contains the artificial sugars.”

Perkins said the United Kingdom’s sugar tax has made it harder for her to find products that are right for her family. The sugar tax, also known as the Soft Drinks Industry Levy (SDIL), was introduced in 2016 and has been imposed on producers of sugary soft drinks, such as Coke and Red Bull.

“Since the sugar tax came into effect, everything seems to contain the dreaded artificial sugars,” Perkins said. “When I asked in the bar, I made sure to make myself explicit but the problem is most people don’t seem to see the difference. To me, they taste different but it seems not everyone realizes that.”

The 30-year-old said she and her children have had to skip social outings as a result.

“It feels like we’re penalized for needing the sugared versions of things when really, it’s a necessity — we need it to survive,” she said.

A Sugar-Crazed Nation: Are You At Risk?

It’s no surprise that we live in a sugar-crazed nation, and it’s crucial to know how we can begin to undo the damage done. Is sugar really a poison? Are there specific types that may be potentially detrimental to our bodies?

Fact: Did you know excess added sugars in your diet can attribute to obesity, Type 2 diabetes and cardiovascular disease? Added sugars can cause fat buildup in the liver, an essential organ responsible for fat digestion and detoxification.

Fact: The average American consumes 21 teaspoons of sugar, the equivalent of 84 grams, on a daily basis.

First, all sugar is somewhat natural, but the processing is different for different types of sugars. Natural sugars, such as sugar in the raw, are a bit less refined than white sugar. Sugar in the raw has a slightly brownish hue, which comes from the molasses used to make the sugar. Many people attribute more health benefits to this sugar, when the truth is, our bodies can’t detect the difference when metabolizing.

Fact: You may want to move organic sugar higher up on your priority list. Organic sugar is produced without synthetic pesticides and herbicides.

As of late, nectars such as agave nectar, particularly popular in countries such as Japan, have become a more popular “healthy” choice. However, going “au naturale” with your sweetener may not be all it’s cracked-up to be. Agave nectar’s main ingredient, fructose, is worse for your liver to digest than most alternative sugars. Raw honey, on the other hand, has some traceable nutrients, but still packs a punch when it comes to calories.

Stevia, an herb hailing from South America, has become more widespread with the rise of zero-calorie sweeteners. Stevia, served in powder, liquid or leaf form, can vary in taste. Known to have a more liquorice-like piquancy, the powder form is preferable to many. It is often cut with maltodextrin or inulin fiber to make its consistency more comparable to regular sugar.

Fact: Like many other sugars, whether dubbed “natural” or not, Stevia undergoes chemical processing during the extraction process. Many argue that because of this, Stevia is not as natural an additive as we believe.

For decades, there has been controversy surrounding the usage of artificial sweeteners, such as saccharin. Some believe that they (aspartme, sucralose, D-Tagatose and acesulfame) contribute to fatal diseases such as cancer, while others deem them perfectly safe.

When it was tested in the 1970s, saccharin proved to contribute to various forms of cancer (bladder, uterus, ovaries and skin, to name a few). Further results in the 1990s showed that saccharin contributed to bladder cancer in male rats, but later, evidence surfaced that male rats had a predisposition to bladder cancer.

Fact: Artificial sweeteners can cause side effects such as headaches, bloating and mild to severe diarrhea.

What to Look For & Understand

Given the facts, choose the sugar that is best for you. While brown sugar and sugar in the raw may be less refined, they still pack calories. While zero-calorie artificial sweeteners may help you lose weight, they may also trigger harmful side effects. Stevia, nectars and honey derive from a more natural source, and also have beneficial mineral and vitamin properties. The downside? Fructose found items such as agave nectar are more difficult for your liver to process.

Artificial sweeteners (including Stevia) will not cause tooth decay or have an effect on blood sugar levels. They can be helpful to those who have or are at risk for diabetes.

For more on Food and Lifestyle visit AOL.com

This is the healthiest oil for frying food

The XFL canceled its inaugural season due to coronavirus

A bunch of Nintendo Switch games are on sale today