Hepatitis A: How is it spread?

Hepatitis A is a liver infection that is highly contagious. Find out how to prevent contracting it and what can be done if you’re exposed

Passengers on a recent American Airlines flight from San Francisco to Charlotte, N.C., may have been exposed to hepatitis A, officials recently revealed.

The 18 passengers on the Sept. 21 flight were contacted about possible exposure, and all have since been vaccinated against the highly contagious liver infection, the Charlotte Observer reports. A spokesperson for the Mecklenburg County Health Department told the newspaper the risk was limited to only the passengers on the flight.

HEPATITIS A OUTBREAK IN COLORADO KILLS ONE, HEALTH OFFICIALS SAY

A spokesperson for the Centers for Disease Control and Prevention (CDC) told local news station WSOC a flight attendant was linked to the virus.

“For [HIPAA] privacy act related reasons, we cannot disclose specific information about the team member involved in this matter. However, once informed by the CDC of a team member potentially carrying infectious disease, American Airlines policy is to immediately remove the individual from service until all necessary health measures have been completed in accordance with CDC guidance,” the airline said in a statement to WSOC. 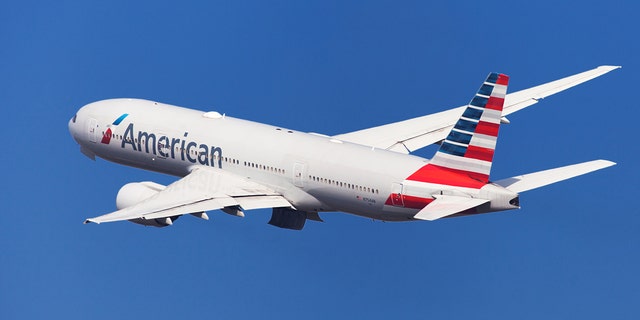 All patients have been vaccinated.
(iStock)

The liver infection is caused by the hepatitis A virus, according to the CDC. The virus typically spreads when a person eats or drinks something “contaminated by small, undetected amounts of stool from an infected person,” the health agency said.

Those who contract hepatitis A — not to be confused with hepatitis B or C, which are caused by different viruses — may be sick for “several weeks” and usually fully recover, according to the CDC.

It is rare to die from the illness, though hepatitis A can cause liver failure and death, typically in those who are 50 years of age or older. Symptoms include fever, fatigue, dark urine, vomiting, joint pain, and jaundice, among other signs.

While hepatitis A infections do happen in the U.S., they’re more common in developing countries, where sanitation and hygiene tend to be poor, the CDC says. The disease is preventable with a vaccine.

Officials for the CDC and the Mecklenburg County Health Department did not immediately return Fox News’ request for additional comment on Tuesday.

Report: Airbnb gouged for over 10% interest on billion-dollar loan