A North Carolina mom is warning other women about the potential dangers of using super-absorbent tampons after she nearly died from a toxic shock syndrome (TSS), a rare but serious infection sometimes linked to the feminine hygiene product.

Earlier this year, Greta Zarate, of Jacksonville, N.C., felt she was coming down with the flu the same day she got her period. The 32-year-old told South West News Service (SWNS), a British news agency, that she stayed in bed for a few days and used over-the-counter cold and flu medications to better her symptoms.

But they didn’t work. In fact, Zarate said her condition continued to worsen.

“I believed I had the flu and I was treating myself with over the counter medication,” she recalled. “I suffered all of the symptoms of TSS but I confused it for the flu —  nausea and diarrhea, dizziness, [and] achy muscles. The only thing I didn’t get was a rash, which is often a symptom of it.” 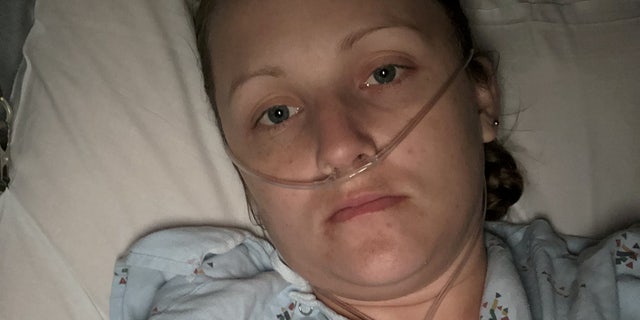 “But I was getting sicker and sicker. My fever was so high, I was shaky and weak.”

Her sister, a nurse, encouraged her to go to the hospital. When Zarate arrived at Onslow Memorial Hospital in Jacksonville, tests showed her blood pressure was very low and her spleen was enlarged. At first, doctors were unable to determine what was sickening her until a nurse suggested she may be suffering from TSS.

“I was scared and extremely ill. I had serious pain in my side because my spleen was swollen from trying to fight the infection,” she said. “The only doctors they hadn’t consulted was gynecology, and it was a blessing that one of the nurses thought that it might be toxic shock because I had my period. She put two and two together.”

After taking a vaginal swab, doctors determined Zarate had developed TSS. It can be caused by Staphylococcus aureus bacteria, or by group A streptococcus bacteria. Though it’s often associated with the use of superabsorbent tampons, it can occur in anyone, including children. 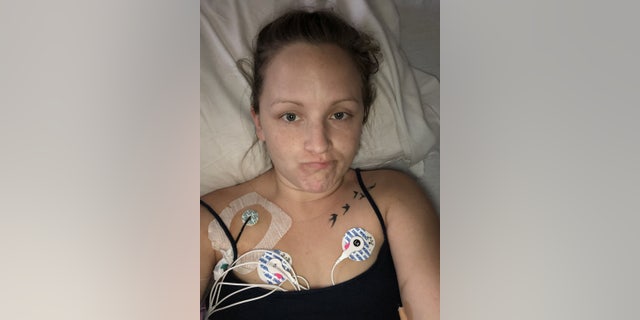 Zarate said she first thought she had the flu. (SWNS)

Doctors determined the staph infection in Zarate’s blood stemmed from microscopic cuts to her vaginal wall. The cuts occurred after she removed a super-absorbent tampon.

“I never knew that the size of the tampon should move with your flow. Super tampons should only be for really heavy days, regular for normal days, and light for the end of your flow,” said Zarate, a mother of five. “When you pull a dry tampon out of your body, it actually leaves tiny scrapes on your vaginal wall which allow bacteria to enter your bloodstream and that’s what happened to me.”

“I change my tampon every time I use the bathroom, so I knew it wasn’t because I had left it in there for a long, long time.” 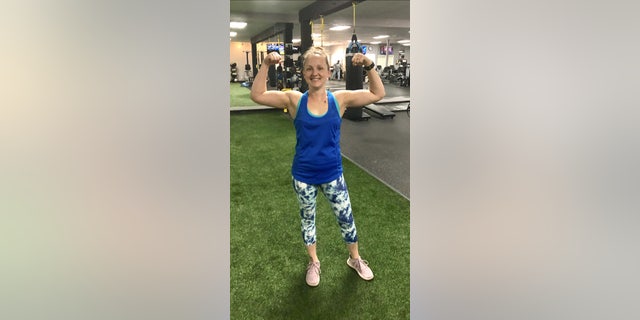 Zarate received a blood transfusion and was administered antibiotics to rid her body of infection. She spent four days in intensive care and 11 in the hospital, she said.

“They said if I waited another day it could have had dire consequences,” she said. “People who get toxic shock syndrome can end up losing limbs or dying so I do feel so lucky.”

The news comes after an 8-year-old girl in Colorado was diagnosed with TSS after her family thought her dry skin was caused by a food allergy.

The Best Samsung Galaxy S9 and S9 Plus Screen Protectors

How to Deal with Excessive Sweat