Yesterday it was announced that Prince Harry, Meghan Markle, Prince William and Kate Middleton were teaming up for work again to support the government’s new ‘Every Mind Matters’ mental health campaign. But it doesn’t seem as though the movement has been as well received as they might have hoped.

Every Mind Matters is an NHS and Public Health England initiative comprising of a website that allows people to take a short survey about their mental health, and then receive tailored advice about how to cope with any struggles they may be experiencing.

The Duke and Duchess of Cambridge and the Duke and Duchess of Sussex have showed their support for the important issue by narrating the three-minute video introducing the campaign, which was shot by Rankin and written by Love Actually’s Richard Curtis. The video was broadcast simultaneously across ITV, Channel 4 and Sky channels last night at 8.45pm.

“Everyone knows that feeling when life gets on top of us. “We feel stressed, low, anxious or have trouble sleeping,” Prince William says in the opening scenes of the video. Prince Harry then chimes in: “We think there is nothing to be done, nothing we can do about it.”

Meghan then introduces Every Mind Matters, saying: “There’s a new way to help turn things around.”

“It’ll get you started with a free online plan designed to help you deal with stress, boost your mood, improve your sleep and feel more in control,” adds Kate.

But while the new initiative may have good intentions to help solve the mental health crisis, there has been backlash about it on social media.

“Its great that [Every Mind Matters] has launched BUT for those of us stuck in a failing NHS system that keeps people with chronic mental illness on long and pointless waiting lists for therapy that doesn’t happen- I don’t see how this can help if you’ve been in the system for years,” tweeted writer Eleanor Segall Mandelstam. 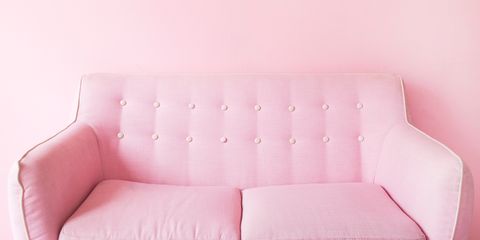 Her concerns were echoed by Labour supporter and activist Keri Howe, who politicised the debate and accused the Conservative government of “trying to win votes with a hashtag #EveryMindMatters”.

The campaign, she claimed, is “deeply offensive to every single one of the thousands of distressed patients who have been left; without the safety of a hospital bed, on never ending waiting lists and in peril unsupported because of their deliberate underfunding of mental health services.”

And journalist Ilona Burton was also on the offensive about the government’s Every Mind Matters.

“Imagine running an ad campaign for checking your breasts and then more people go to their GP having found a lump and be told ‘Sorry, come back when it’s got bigger/worse/you’re actually dying.’ Because that’s kind of what mental health ad campaigns are doing,” she tweeted.

“If #everymindmatters, there should be enough funding to support every mind that struggles,” she added.

But while there have been critics of the initiative, there have also been supporters in abundance, pleased to see a new approach being tried for the treatment of mental health in the UK.

“It’s positive and a step in the right direction,” tweeted one person. “This is amazing. Absolute respect Your Royal Highnesses for getting involved with this. Brought tears to my eyes,” posted another.

There’s no doubt that the NHS has a long way to go before it starts effectively dealing with the overwhelming number of people suffering from mental illness. So will the Every Mind Matters campaign make a difference? It remains to be seen…