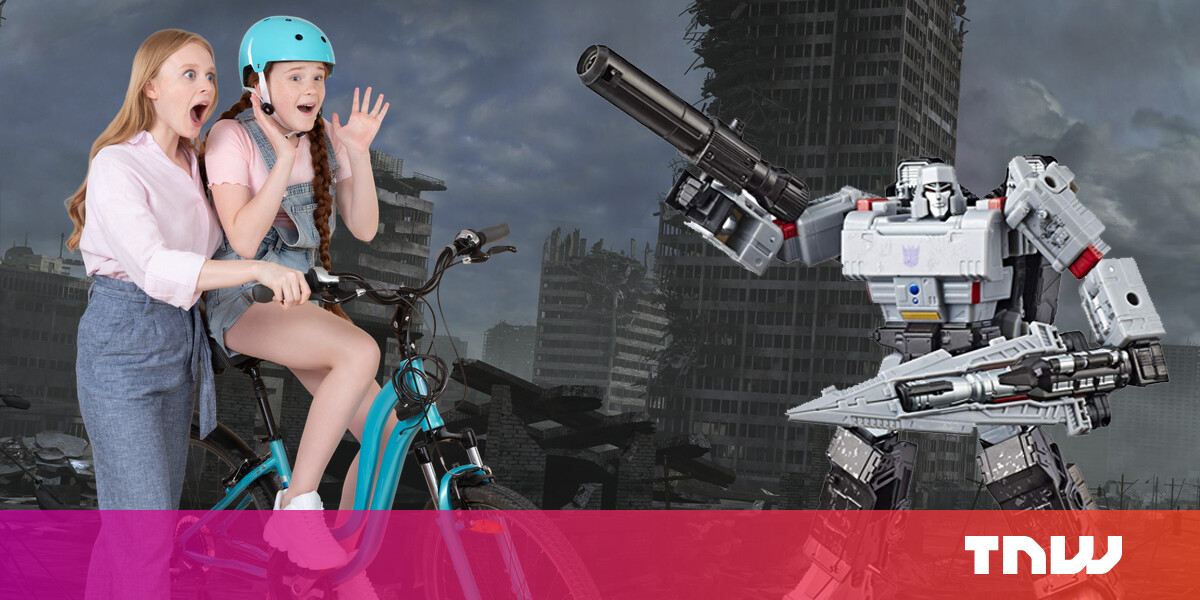 If you grew up in the United States in the 1980s, chances are you’ll remember riding the Gravitron at the local fair or struggling to get past level one of the video game Robotron: 2084 at the arcade downtown. That would be after you got up early to watch five cartoon robots form the defender Voltron on the eponymous TV series, and stayed up late to see Woody Allen’s emergence from the Orgasmatron in Sleeper (1973). Throughout middle school, the cool kids got out their Celestron telescopes, while the sadder cases played with their Radio Shack Armatrons – but all of us suffered through the automatic test-grading of Scantron Corp and enjoyed a round at the Golf-O-Tron indoor driving range. I know I rushed out to see Disney’s 1982 film Tron, as well as the 2010 sequel Tron: Legacy.

As a teenager, I was witness to the last gasps of a 20th-century lexical leitmotif. The suffix ‘-tron’, along with ‘-matic’ and ‘-stat’, are what the historian Robert Proctor at Stanford University calls embodied symbols. Like the heraldic shields of ancient knights, these morphemes were painted onto the names of scientific technologies to proclaim one’s history and achievements to friends and enemies alike. ‘Stat’ signaled something measurable, while ‘matic’ advertised free labor; but ‘tron,’ above all, indicated control. To gain the suffix was to acquire a proud and optimistic emblem of the electronic and atomic age. It was a totem of high modernism, the intellectual and cultural mode that decreed no process or phenomenon was too complex to be grasped, managed and optimized. The suffix emblazoned the banners of nuclear physics’ Cosmotron, modern biology’s Climatron, and early AI’s Perceptron – displaying to all our mastery over matter, life, and information.

By the turn of the millennium, though, most of that was gone. True, Sony’s Jumbotron still helps to broadcast presidential addresses and rock concerts; and the whole US media landscape is monitored by what was until recently called Arbitron, a rating system that registers home radio and television habits. But today it’s all too easy to forget the technological promise that ‘tron’ contains, and hear only its kitschy and cartoonish overtones. In the 2000s, the American documentary director Errol Morris created a device with a two-way mirror, which allowed his subjects to see him at the same as talking down the barrel of the camera, to eerily candid effect. Its name? The ‘Interrotron’ – because it reminded Morris of alien devices in 1950s science-fiction movies.

Defeated it might be, but like a victory, ‘tron’ has many fathers. According to the Oxford English Dictionary, one version comes from Scots, meaning ‘a weighing machine’ or ‘the place where the tron was set up.’ You can still visit the Tron Kirk in Edinburgh, where the Salt Tron once stood as a public beam for sizing up merchandise. In contemporary usage the term actually springs from ancient Greek, with the invention of the first vacuum tube or ‘kenotron’ around 1904; its creator came up with the name by combining the Greek words for ‘empty’ (keno) and ‘tool’ (tron). Subsequently, the radiotron, thyratron, klystron and the rhumbatron went on to become vital components of the radio industry in the 1930s, while the resonant cavity magnetron was at the heart of every radar set in the Second World War. Don’t be deceived: these components bear scant relationship to elementary particles such as the electron, neutron, and positron, all of which really end in the suffix ‘-on’; their names are a red herring, akin to the old rumor that the Mustang car was named after the fighter aircraft and not the horse.

‘Tron’ began to attain wider cultural recognition around 1933 with the cyclotron, a machine that accelerated charged particles through a magnetic field. The name started out as a laboratory slang at the University of California, Berkeley, but the device itself went on to become one of the most famous instruments in the history of science. It was a catalyst for innovations ranging from cancer treatments to the atomic bomb and begat a lineage of postwar technologies that ended up dominating the study of nuclear physics. Newer and larger accelerators such as the synchrotron, the Cosmotron, the Bevatron, and the Tevatron offered Cold War physicists in the US the possibility of creating new elements and peering further inside the atom. Later came the torsatron and the Vintotron, to study controlled nuclear fusion. In the 1980s, particle physicists sought out and found a large patch of desert in Texas for the next generation of particle accelerators; they dubbed the (now abandoned) facility the Desertron.

Yet the suffix ‘tron’ became associated with technological supremacy only once it was appropriated by midcentury biologists. The controlled conditions achieved in the new phytotrons – computer-monitored research greenhouses – prompted exciting discoveries of the genetic and environmental causes of plant growth and development. From the first phytotron developed at Caltech in 1949 to the phytotron in Saskatchewan that was upgraded in 2011, these giant environmental laboratories provided biology with its entree into the atomic and electronic age.

When the smog lay thick on Los Angeles in the 1940s, it’s not surprising that it fell to an organic chemist and plant physiologist, Arie Jan Haagen-Smit, to spell out the nature of the crisis. Given the size of California’s agricultural industry, the authorities were as concerned with plant health as they were with human wellbeing. Haagen-Smit conducted a series of experiments in the first phytotron at Caltech between 1950 and 1951, which established that the volatile combination of gasoline plus ozone was bad for organisms; subsequently, Haagen-Smit helped to set emissions standards for the auto industry. Set against the strides that science had taken towards cracking the genetic code, this ability to control the environment made it seem as if humanity had finally taken hold of capricious nature.

‘What can a Phytotron do for Australia,’ From ‘What is Needed for an Australian Phytotron?’, 28 March 1958. National Archives of Australia

Phytotrons went on to spawn an entire family of trons in the life sciences. The Eggatron, built by Australian scientists in Sydney in the 1960s, used computer-readable paper tape to record when an egg was laid. Japanese plant researchers constructed an Assimitron to measure the changing levels of CO2 in the air above a field of crops, while soil scientists in Ames, Iowa built a rhizotron to view roots and various burrowing arthropods that live underground. More recently, the Australian pyrotron, a device constructed by bushfire researchers in the 2000s, is used to run experiments on the complex interaction between fire, fuel, and forest. And while its name makes it a rarity, nowadays the Biotron complex at the University of Wisconsin-Madison, born of a union between a phytotron and a zootron in the 1960s, has a climate that’s so fine-tuneable it’s helping to develop potatoes that can grow in space.

Perhaps most remarkable of all is the algatron, a nearly forgotten piece of 20th-century space technology. William Oswald and Clarence Golueke, a pair of sanitary engineers from Berkeley, invented the device and offered it to the agency in 1966. The problem it tried to solve is something NASA still struggles with today: how to deal with shit in space. Unlike chemical treatment, the algatron used living, growing algae as a carbon-dioxide-to-oxygen pump and waste-conversion facility. In practice, this meant feeding an astronaut’s urine and faeces into a rotating drum of liquid algae. (For a trip of less than a month, however, the launch weight of the device was too great, so the astronauts ended up storing their solid waste and jettisoning liquids outside.)

Sprawling across the 20th century, ‘trons’ marked out humanity’s hubristic desire for techno-supremacy. Today they are an endangered species. So where did the trons go, with their thrill of centralized control over particles, plants or programming? With the end of the Cold War, the term lost much of its political and social power. Now, in the era of the Anthropocene, our fantasies of dominance seem to be withering. What suffixes and embodied symbols capture the spirit of our own times?

This article was written by David Munns and originally published at Aeon. It has been republished under Creative Commons.

Read next: Fixing employee access should be your top security priority in 2020

Read our daily coverage on how the tech industry is responding to the coronavirus and subscribe to our weekly newsletter Coronavirus in Context.

For tips and tricks on working remotely, check out our Growth Quarters articles here or follow us on Twitter.

ASUS ROG Showdown e-Gaming Tournament in India is ongoing and will end on 29 April: All you need to know- Technology News, Firstpost