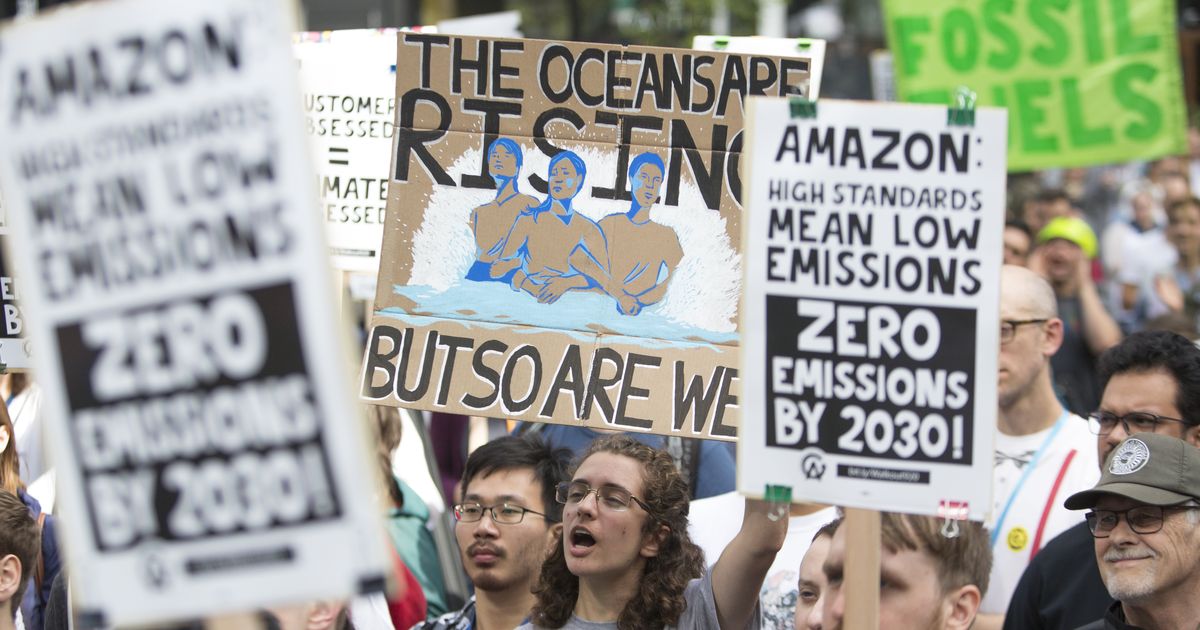 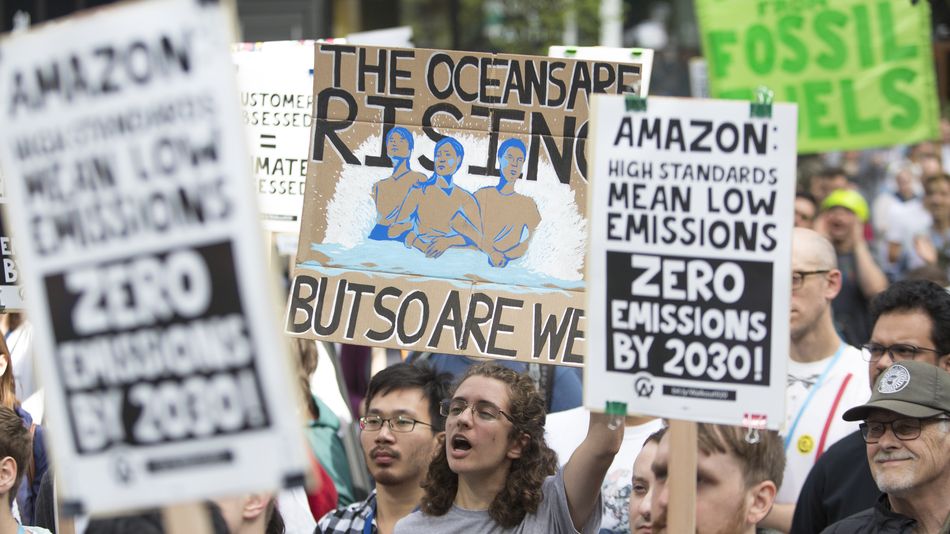 “Just following policy” has to be the weakest of all weak sauce defenses. But sure enough, that’s what Amazon is claiming following the news that it’s disciplining employees who have organized for climate change activism within the company.

A new report from the Washington Post exposes how the company’s HR department has warned employees that they could face termination if they speak to the press about Amazon’s impact on climate change without seeking proper public relations approval.

The employees are members of a coalition called Amazon Employees for Climate Justice, which also released details of the alleged retaliation on Twitter.

In 2019, thousands of Amazon employees signed a letter demanding Amazon take action to halt its contributions to climate change. That included ending its contracts with the oil and gas industry, to which it sells cloud infrastructure and AI that employees say will hasten the extraction of fossil fuels. On September 20, Amazon workers joined other big tech employees in a historic walkout for climate action.

As part of those efforts, some Amazon employees were vocal on social media and in the press. Two employee activists and members of the coalition, Maren Costa and Jamie Kowalski, spoke with the Post about the movement. They then received letters from HR warning that failing to gain official approval could result in disciplinary action, including termination.

A third employee, Emily Cunningham, went on broadcast news and shared her personal views on social media. Cunningham told the Post that Amazon HR brought her into a meeting warning her against undertaking such activities without getting permission.

The activist group views the efforts as an attempt to “silence” their work on employee climate change activism.

However, Amazon says that it is following procedure, notifying employees about violating company policy in the same way that it would for anything else.

“As with any company policy, employees may receive a notification from our HR team if we learn of an instance where a policy is not being followed,” an Amazon spokesperson told the Post.

But the procedure Amazon is referring to has not always been canon. The day after Amazon Employees for Climate Justice emailed employees about plans for the September 20 walkout, Amazon changed its communications policies.

The change required a “business justification” for speaking to the press, and approval from executives, all catalogued through an internal system. The Post reports that the previous procedure of asking senior vice presidents for approval was not “routinely enforced.” In light of the change, the “following policy” explanation Amazon gave to the Post does not detract from viewing these actions as retaliation for organizing.

This policy change has nothing to do with sharing confidential company information; this change was made to explicitly forbid employees from speaking out about publicly available information, such as Amazon’s partnerships with fossil fuel companies… 5/

Amazon wouldn’t be alone if that’s what’s going on here. Several employees at Google have claimed over the past year that the company has retaliated for organizing on issues related to workplace culture and political action.

In September, Amazon responded to the employee activists’ cries for change with a new plan to hit net zero carbon emissions by 2040, as well as other initiatives. However, it will continue its work with the fossil fuel industry.

The disciplined employees say neither Amazon’s policy announcement, nor the HR warnings, will deter them.

“We started updating the approval process in the Spring of 2019 to make it easier to manage for both the employees and the approvers. This included building an intranet page for approvals rather than gaining approval through email and reducing the number and seniority of approvers required.”

A previous version of this story stated that “hundreds” of employees signed the environmental protest letter. That information was not up to date — currently, it has over 8,700 signatures.

The best mattresses you can buy online: Casper, Purple, Birch, and more

India is finally cracking down on the doxxing of coronavirus patients