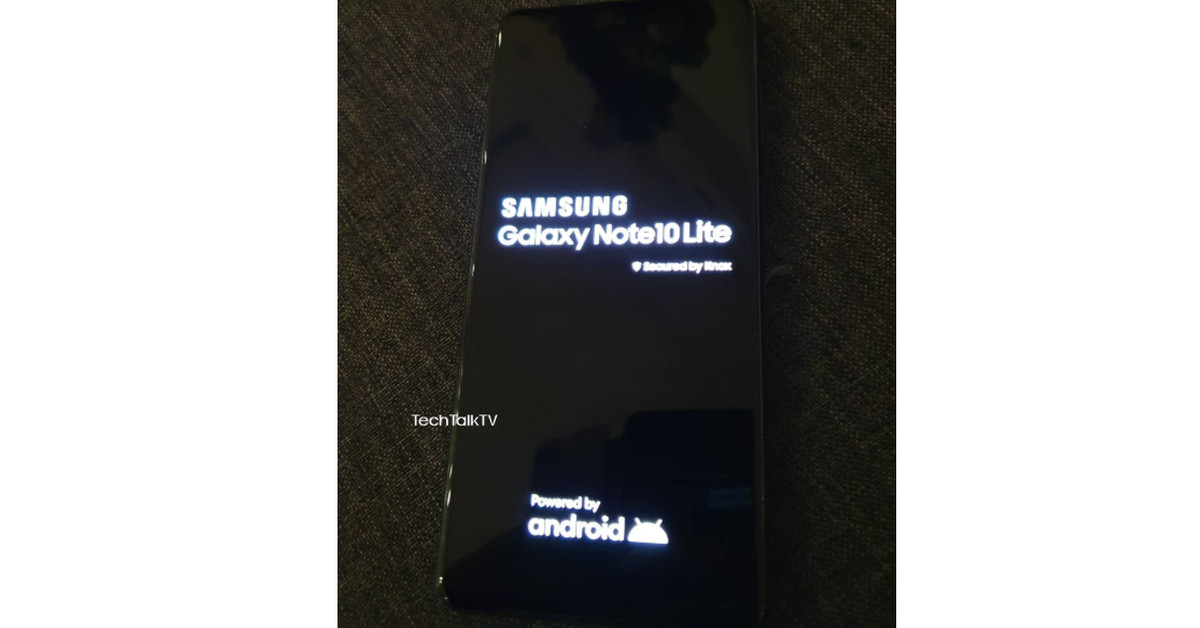 Samsung’s upcoming Galaxy Note 10 Lite has seen plenty of leaks, with renders for the phone making their way across the internet. But today’s batch from TechTalkTV on Twitter takes things a step further, with an early look at the actual, physical device itself, via 9to5Google.

Given that seemingly official renders from Samsung have already leaked, there’s not much new in the pictures here of the Galaxy Note 10 Lite, but it does give a better look at features we already knew were coming, like the triple-lens rectangular camera block on the back.

The leaked photos also give a better glimpse of the flat LCD panel that Samsung will be using on the Note 10 Lite, a marked change from the curved edge-to-edge displays that have been a feature of Samsung’s flagships for years. Presumably, the new display is to help save costs on what’s theoretically meant to be a cheaper alternative to the existing Note 10 flagship.

Despite the phone making its camera debut, there’s still a lot we don’t know about the Note 10 Lite, like what sort of specs it’ll offer or how much it’ll cost. But with a rumored debut planned for CES 2020 next week, we likely won’t have to wait too long to find out more.