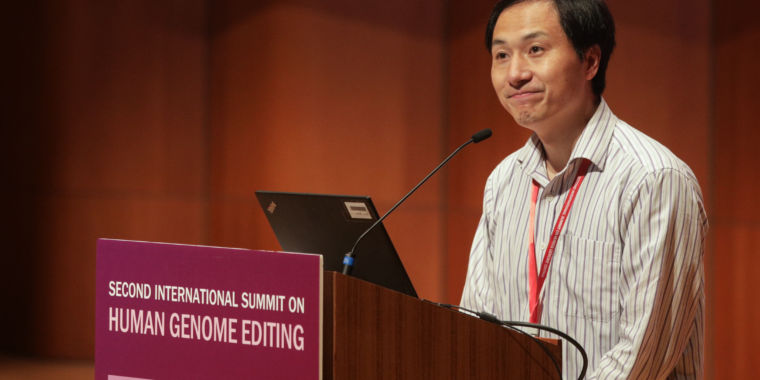 China cracks down on researchers who edited genes in fertilized human eggs. 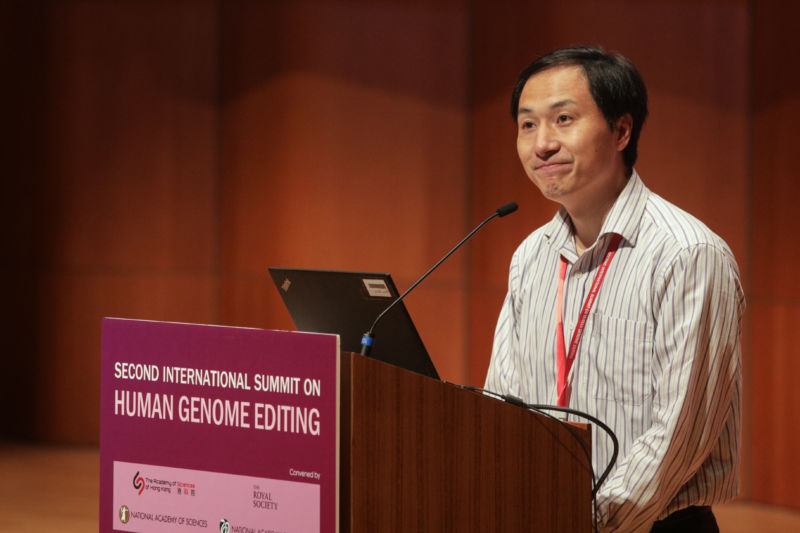 Chinese geneticist He Jiankui speaks during the Second International Summit on Human Genome Editing at the University of Hong Kong days after he claimed to have altered the genes of the embryo of a pair of twin girls before birth, prompting outcry from scientists of the field.

On Monday, China’s Xinhua News Agency reported that the researchers who produced the first gene-edited children have been fined, sanctioned, and sentenced to prison. According to the Associated Press, three researchers were targeted by the court in Shenzhen, the most prominent of them being He Jiankui. He, a relatively obscure researcher, shocked the world by announcing that he had edited the genomes of two children who had already been born by the time of his public disclosure.

He Jiankui studied for a number of years in the United States before returning to China and starting some biotech companies. His interest in gene editing was only disclosed to a small number of advisers, and his work involved a very small team. Some of them were apparently at his companies, while others were at the hospital that provided him with the ability to work with human subjects. After his work was disclosed, questions were raised about whether the hospital fully understood what He was doing with those patients. The court determined that He deliberately violated Chinese research regulations and fabricated ethical review documents, which may indicate that the hospital was not fully aware.

He’s decision to perform the gene editing created an ethical firestorm. There had been a general consensus that the CRISPR technology he used for the editing was too error-prone for use on humans. And, as expected, the editing produced a number of different mutations, leaving us with little idea of the biological consequences. His target was also questionable: He eliminated the CCR5 gene, which is used by HIV to enter cells but has additional, not fully understood immune functions. The editing was done in a way that these mutations and their unknown consequences would be passed on to future generations.

His goal was to provide protection against HIV infection, modeling it on known human mutations in CCR5; the embryos chosen for editing were from couples in which the father was HIV positive. There are, however, many ways to limit the possibility of HIV infection being transmitted from parents to children. And, if infected, there are many therapies that limit the impact of an HIV infection.

Ethicists and most researchers had suggested that gene editing be limited to cases where the edited genes would not be inherited. The only potential exceptions that were considered were lethal mutations for which there were no treatments. He’s targets and methods violated all of these principles.

But until now, it wasn’t clear whether those violations would have consequences. It had been rumored that He was placed under arrest even as a third gene-edited child was born. The legal action suggests that both of these were accurate.

He received a three-year prison sentence, a ¥3 million ($430,000) fine, and has had limits placed on any further research activities. Zhang Renli and Qin Jinzhou, who reportedly worked at the medical institutions where the work took place, were given shorter sentences and lesser fines.

Index Ventures launches $2B fund to back tech startups worldwide